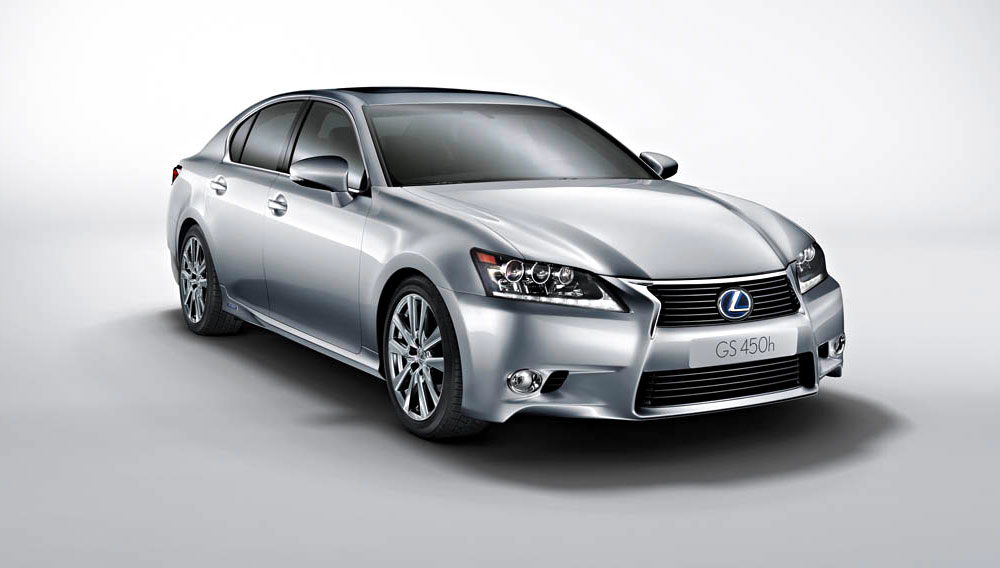 Twenty-odd years of fastidious engineering and unsurpassed quality have put Lexus in the pantheon of luxury automakers. But if there’s been one gripe leveled at Toyota’s luxury division over the years, it’s that the company has played it safe in the design department. It’s a complaint that hasn’t fallen on deaf ears.

If the scintillating LFA supercar didn’t revise the company’s conservative reputation last year, the 2013 GS sedan surely will. With sensuous lines punctuated by dramatic details, the new GS is more compact and sportier than the flagship LS sedan but grander and more spacious than the IS sedan. And like its vaunted predecessor, the new car—particularly the GS 450h gasoline-electric hybrid—is brimming with cutting-edge technology.

When the GS 450h debuted for the 2007 model year, it did so as the first hybrid-powered luxury sport sedan, merging V-8-level performance with better-than-V-6-level fuel efficiency. The 2013 edition builds on those promises—it is quicker, faster, and a startling 30 percent more fuel-efficient—and does so with genuine style.

The overall length of the new GS is unchanged, but the car is wider and slightly taller. Lexus engineers have worked hard to keep weight down while optimizing passenger space and cargo capacity. The trunk has been enlarged, which helps offset the under-floor presence of a high-capacity nickel-metal hydride battery pack. The interior, no surprise, remains a bastion of fine materials and artisan-level craftsmanship.

Behind that LFA-inspired front end, a highly efficient yet silky smooth 3.5-liter Atkinson cycle V-6 gasoline engine meets a compact, water-cooled electric permanent-magnet electric motor. With a combined output of 338 hp, the system drives the rear wheels through a state-of-the-art continuously variable transmission, seamlessly alternating between gasoline power, electric power, and a combination of the two, depending on load and speed.

Particularly enticing from a performance standpoint is the GS hybrid’s Sport mode, which gooses the electric motor for additional acceleration. In Eco mode, during normal driving the electric motor operates at an efficient (and battery-charge-saving) 500 volts; press the Sport button and voltage jumps to 650 volts—enough to launch this 4,200-pound luxury sedan to 60 mph in an impressive 5.6 seconds.

Pricing hasn’t been announced, but despite its considerable evolution, expect the new model’s sticker to hew closely to the 2011 edition’s $58,950. Look for the 2013 GS 450h—along with the gasoline-powered GS 350 and GS 460—to roll into Lexus showrooms next September. (www.lexus.com)