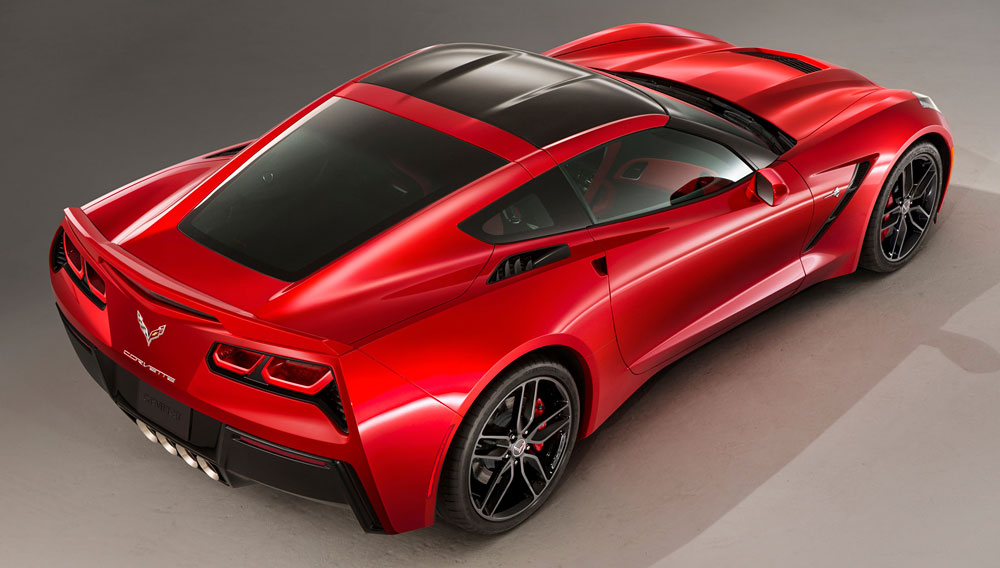 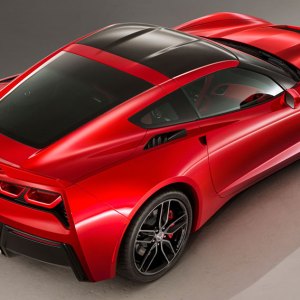 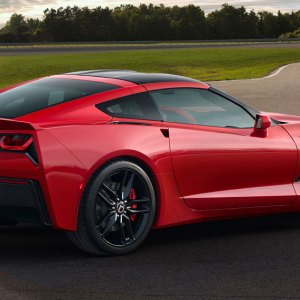 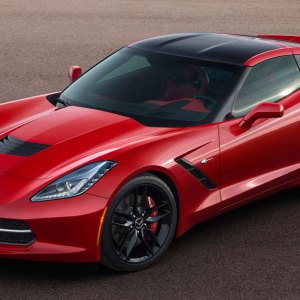 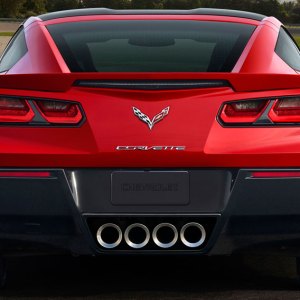 The arrival of a new Corvette has always been an occasion. From its debut at GM’s 1953 Motorama show, held in the ballroom of New York’s Waldorf-Astoria hotel, Chevy’s dynamic two-seater—America’s sports car, as it has come to be known—has always attracted attention. And this year, the model’s 60th, Chevrolet pulled the wraps off the seventh generation of its halo model at the Detroit auto show. It was a launch heard ’round the world.

Fortunately, the 2014 Corvette Stingray lives up to the fanfare. The car looks to be a world-beater in all respects. It exudes a kind of edgy intention and refinement that, to these eyes, has been lacking since the splendid second-generation car debuted in 1962 (the first model to wear the “Sting Ray” moniker). It is fractionally larger than the outgoing car, but its creases make it appear smaller. Particularly in retina-searing red, there is no denying that the 2014 Corvette cuts a dramatic profile.

Naturally, performance is what the Corvette is all about, and the 2014 Stingray will not disappoint. An all-new, normally aspirated small-block V-8 engine, displacing 6.2 liters, belts out 450 hp and 450 ft lbs of torque. Matched to either a 7-speed manual transmission or a 6-speed automatic with shifter paddles mounted on the steering wheel, the engine gives the new ’Vette a better weight-to-power ratio than an Audi R8 4.2 or a Porsche 911 Carrera. Sixty mph arrives in less than four seconds, and the Stingray will press on past 180 mph without breaking a sweat.

The unapologetically driver-centric cockpit is awash with advanced technology, superb ergonomics, and exceptionally fine craftsmanship—an enormous leap from Corvettes of yore, which were frequently derided for their chintzy interior trim and so-so seats. The hood is long but low; outward visibility is excellent—at least to the front (and that is what matters most, right?). And yet, despite its track readiness, the Corvette is not without its creature comforts— even, dare we say, utility. The Stingray’s large hatch opens to reveal a surprisingly generous cargo area that is sufficient to hold luggage for a long weekend for two.

The 2014 Corvette Stingray arrives in showrooms this fall. Chevrolet has not revealed pricing yet, but it is safe to expect a healthy bump from the 2013 Corvette’s $49,600 starting figure. Looking forward, this year’s Geneva motor show will see the debut of the Stingray convertible, and down the road, —if the rumors are to be believed—Corvette aficionados may welcome a successor to the mighty $112,600 ZR1, with a supercharged V-8 producing more than 700 hp. Talk about progress. (www.chevrolet.com)