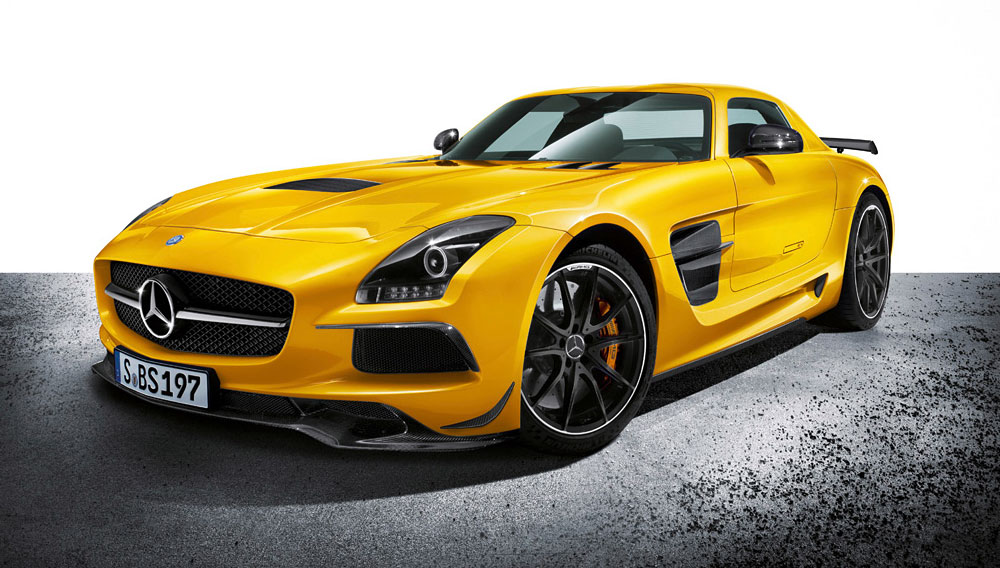 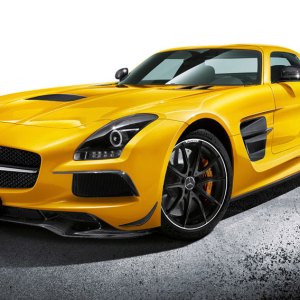 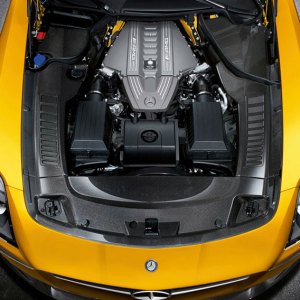 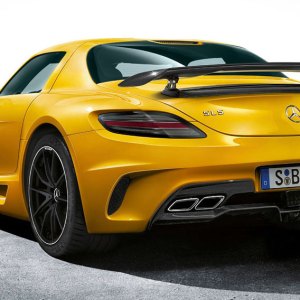 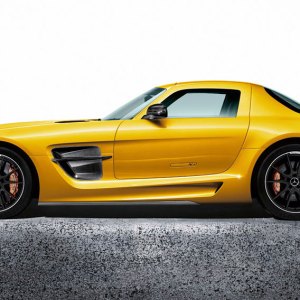 No slouch when it debuted for the 2011 model year, the Mercedes-Benz SLS AMG Gullwing coupe has nonetheless benefited from a steady stream of meaningful revisions. Last year saw the launch of the SLS AMG GT, upgrading the 563 hp debut model with a passel of cosmetic and chassis upgrades—not to mention a 20 hp bump for the handcrafted 6.3-liter V-8 engine. And for 2014, Mercedes and its fastidious AMG engineers are once again adding some spice to their flagship supercar: The dazzling SLS AMG Black Series arrives as the most extreme SLS yet.

The 6.3-liter engine’s output is up again, to 622 hp and 468 ft lbs of torque, thanks largely to a higher redline and a new high-performance valve train. The 7-speed dual-clutch transmission has been thoroughly revised, too. It sits four-tenths of an inch lower, for a slight drop in the car’s center of gravity, and it boasts quicker shifts.

AMG engineers also pored over every nook and cranny of the SLS on a hunt for losable pounds. A lithium-ion battery in place of a conventional lead-acid battery saves 17.6 pounds, and a switch from a steel exhaust to one made of titanium saves another 28.7 pounds. The team also applied feather-light carbon-fiber composite in key locations—that long, long hood, for instance. The weight-loss tally is a very noteworthy 154 pounds. Abetted by a track-minded makeover to the car’s now-adjustable coil-over suspension and the addition of a high-performance carbon-ceramic braking system, the result is greater agility and, of course, speed. The Black Series will blast to 60 mph in a scant 3.5 seconds and keep the speedometer needle moving all the way to 197 mph.

The SLS AMG Black Series will be available by special order this summer. Mercedes-Benz hasn’t revealed pricing yet, but you can expect AMG’s new top dog to command a sum considerably more than the standard SLS AMG GT’s $199,500, but hey, such is the price of supremacy. (www.mbusa.com)