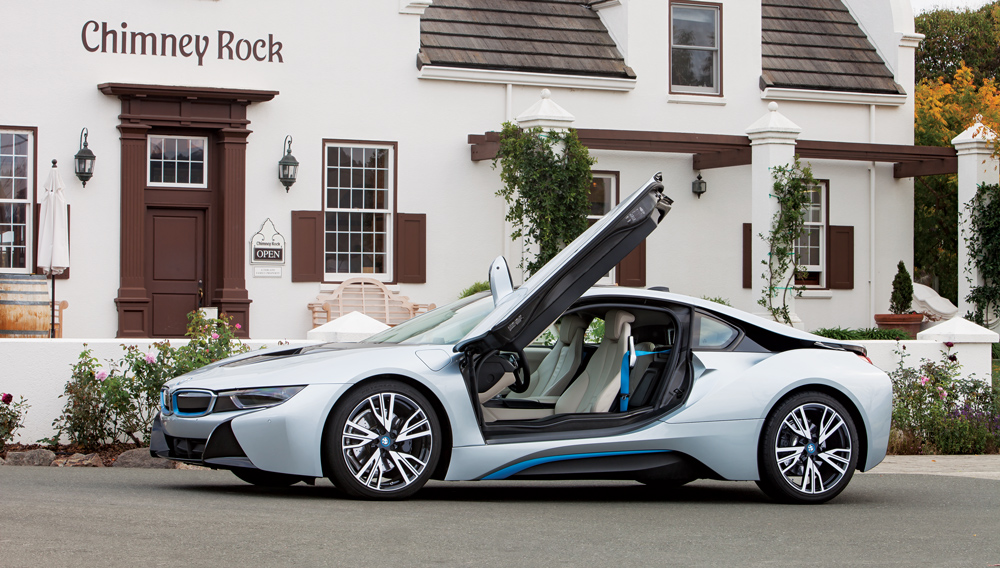 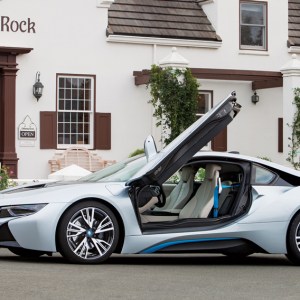 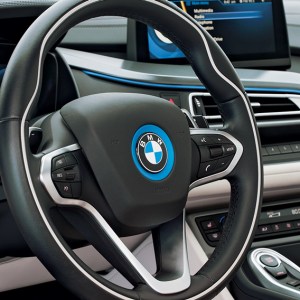 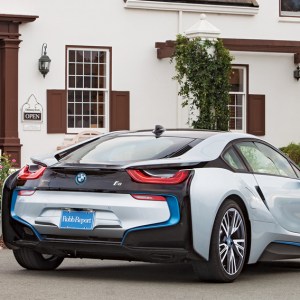 Going into the final day of competition, the i8 plug-in hybrid was only one vote out of first place, but by the end of the day it had dropped a spot in the rankings, falling from second to third. However, there is no shame in finishing behind a groundbreaking Porsche supercar and an improved version of what was already the most successful model in Ferrari’s history. The judges were impressed with the i8’s innovative platform, which pairs a 1.5-liter 3-cylinder turbocharged engine with the company’s eDrive electric motor. The combination produces instant torque and plenty of power to create an exhilarating driving experience.

The i8 also quickens pulses while at rest. Its exotic design includes upward-opening doors that are a cross between the Mercedes-Benz 300SL gull wings and the scissor doors made famous by the Lamborghini Countach. With the i8, BMW has delivered revolutionary automotive engineering and packaged it in a stunning sports-car body. It is no wonder that some judges proclaimed the car to be the automaker’s new benchmark. As one of the drivers cheekily noted, it offers “an electrifying ride.”  —Shaun Tolson

The envy of green-minded drivers

The i8 is an outlier in the BMW family, looking nothing like its brand siblings—or any other car. It pushes BMW’s current design vocabulary of sharp creases, capacious air intakes, and a conspicuous kidney grille to the limit. Indeed, the blue-and-white roundels are the only sure indicators of its provenance. The i8 is long and low, and it attracts attention from every vantage point. The uniqueness of its design, combined with the hybrid drivetrain, caused such excitement among the Car of the Year judges that many left Napa Valley planning to buy an i8 of their own.

While the electric plug and tiny inline-3 engine are the signatures of this luxury GT, the audacious shape, with fins and gull wing–like doors, proves that new-tech cars need not look like giant toasters on wheels. With performance and handling not far behind those of some exotic machines that cost two or three times as much, the i8 is a semi-rational alternative that also confers feel-good benefits to green-minded drivers. Though anyone who drives the i8 must be sufficiently limber to negotiate ingress and egress rituals that are no less tedious than stopping at the gas pump.  —Robert Ross