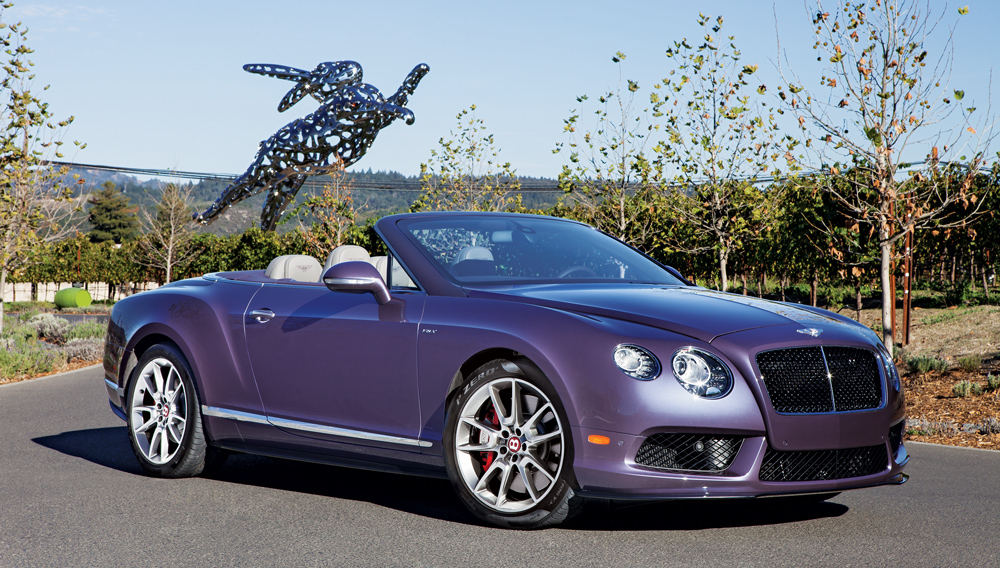 More of a good thing

The Continental GT V8 S Convertible may be the baddest Bentley since the Le Mans blowers of the 1930s. It is lower, stiffer, and faster than most of the brand’s other offerings. It makes ruder noises, and the ride is accordingly bumpier. As if the base GT V8’s 500 hp were not sufficient, Bentley added 21 hp to that already mighty output and increased the torque from 487 to 502 ft lbs, making it even easier for drivers to leave lesser traffic at stoplights. The car’s zero-to-60-mph time is 4.5 seconds and its top speed is 191 mph. A pair of figure-8 exhaust pipes and a black splitter and diffuser are among the more menacing-looking design elements that Bentley added to the exterior.

Maybe this velvet bruiser, which is also available as a coupe, would have scored more points with our judges if it were not, as some said, only an exercise in tweaking and freshening—just another in a long list of variants that began with the first Continental GT in 2003 and has included the Le Mans Edition, GT3-R, Speed, Diamond Series, and Supersports. On the other hand, perhaps the GT V8 S ranked as high as it did because, in the eyes of other judges, this variant serves a real purpose: It offers the surging performance of the W-12-powered Continental GT, the pampering one expects from a Bentley, and the practicality of an 8-cylinder engine. That is not a bad combination.