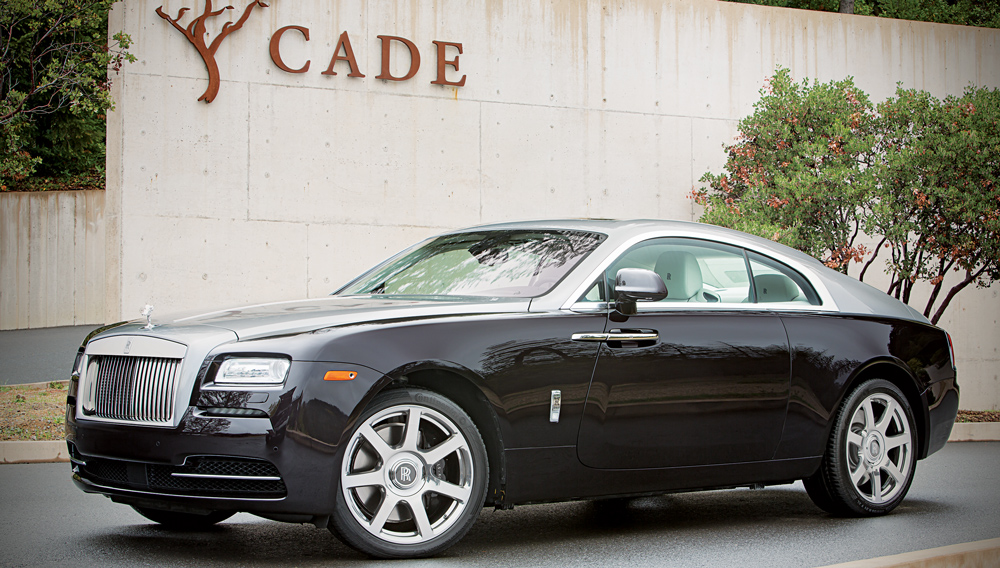 When BMW purchased Rolls-Royce in 1998, it almost immediately began scraping the fustiness and patina from the brand. The Wraith, the most recent addition to the ethereal family of Ghosts and Phantoms, represents the company’s most obvious attempt to appeal to younger drivers by offering more contemporary-looking vehicles. In the demographic composed of our judges, the big coupe earned enough favor to place eighth.

The Wraith features a roofline that cascades into a genuine, modern fastback and a smaller, less angular version of the brand’s signature Parthenon radiator. It is also the company’s fastest, most powerful car ever. Modern as it may be, the Wraith retains the majestic presence of a Rolls-Royce. The handcrafted interiors are still museum quality, but leather seats that once felt like overstuffed armchairs have been given just a hint of Recaro. And the options for exterior colors are more 2015 than 1915; they include bright two-tone paint schemes that are far removed from the old, cold Buckingham Palace black.

Although the Wraith weighs nearly 5,400 pounds, its performance is hardly ponderous. The twin-turbocharged 6.6-liter V-12 engine churns out an enormous 624 hp, enabling the Wraith to scoot like a sports car from zero to 60 mph in 4.4 seconds. On the roads of wine country and elsewhere, the Wraith rides flatter and corners with only minimal waffling. It motors with pace, aplomb, and even a little mischief. And if Rolls-Royce has succeeded in its intentions with the Wraith, the driver will feel more hip than haughty.