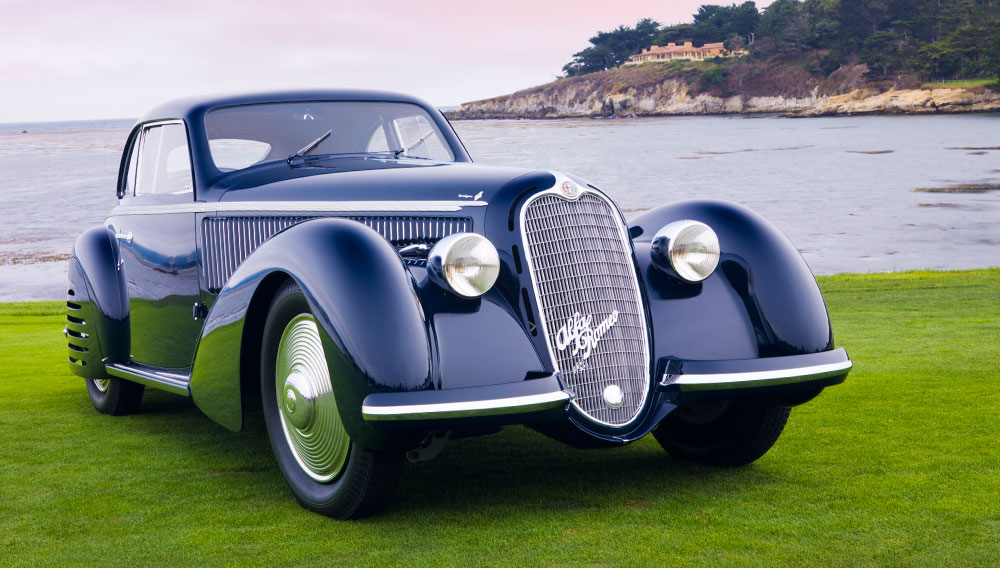 Automotive enthusiasts from around the world will flock to California’s Monterey Peninsula the second week of August, culminating with the prestigious Pebble Beach Concours d’Elegance on Sunday, August 16. As usual, several events will take place across multiple days, including auctions, historic races, art exhibits, and more.

Ferrari is this year’s featured marque. A special class will include examples of Ferraris that competed in the Pebble Beach road races of the 1950s, a street competition that predated Laguna Seca Raceway on a course that took drivers through the narrow, forested roads near the grounds of the current Concours. The last road race at Pebble Beach was in 1956, when driver Ernie McAfee fatally crashed his Ferrari into a tree.

The days of competitive street racing at Pebble Beach are gone, but spectators will have the chance to see many of the Concours d’Elegance entrants in action on Thursday, August 13, driving down a route that spans 17-Mile Drive and a portion of Highway 1.

Another special class this year will include a collection of cars that bear the DuPont nameplate. Although the company is better known for its chemicals, including fast-drying automotive paint, DuPont also manufactured a small number of vehicles, of which about 30 examples still exist today. This year will also feature designs by Italian coachbuilder Carrozzeria Touring, postwar examples of cars built by America’s Cup racer Briggs Cunningham, and early vehicles by Pope—a bicycle manufacturer that experimented with several models, including electric vehicles.

In addition to the Concours d’Elegance, the nearby Inn at Spanish Bay will host Pebble Beach RetroAuto, a marketplace of art, literature, and other automotive memorabilia. Other must-see events during Monterey Car Week include the Rolex Monterey Motorsports Reunion at Laguna Seca Raceway; the Quail, a Motorsports Gathering; and auctions presented by Bonhams, RM Sotheby’s, and Gooding & Company. (pebblebeachconcours.net)