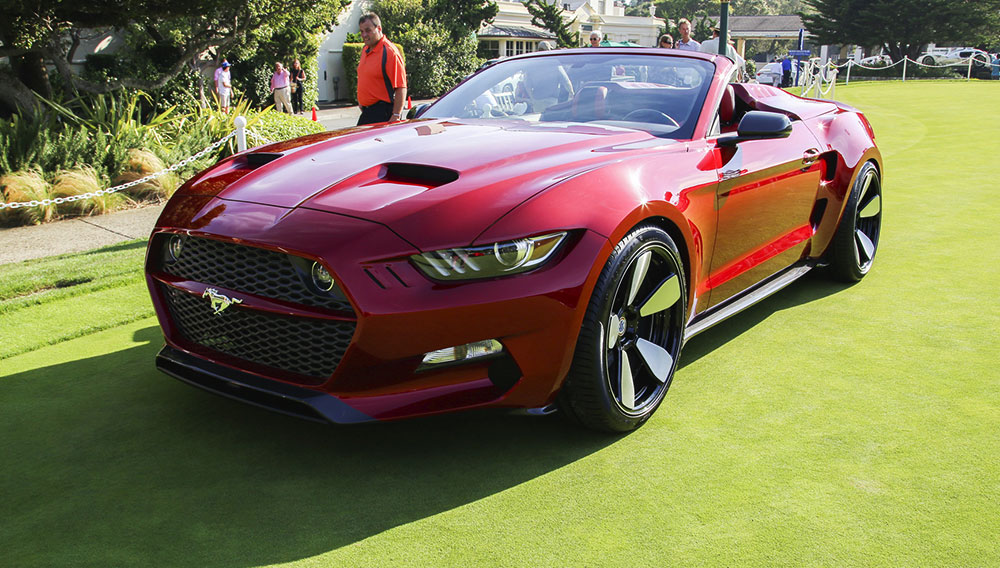 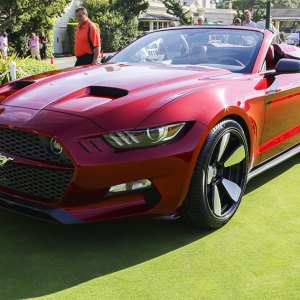 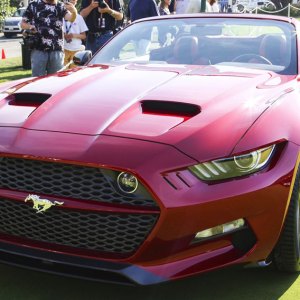 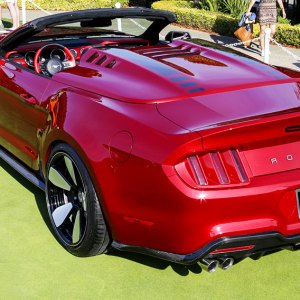 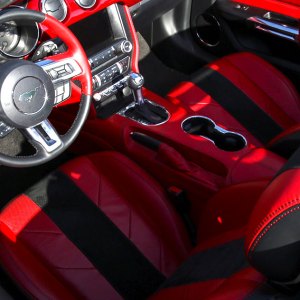 Galpin Auto Sports and Henrik Fisker have blown the top off of conventional convertibles with the debut of the 2015 Mustang Rocket Speedster Concept at the Pebble Beach Concours d’Elegance on August 15. The four-seat, carbon-fiber chameleon not only features a retractable soft-top canopy, but also a carbon-fiber cover that—when the top is down—seals over the back and transforms the car into an aerodynamic two-seat sensation.

Taking a page from the powerful pony cars of the 1960s and ’70s, the new concept begins as a convertible Mustang GT with Track Pack trim and is then repaneled and powered with a supercharged 725 hp V-8 engine. The Rocket Speedster cools its jets through sculpted intakes on the hood that complement air circulation provided from the hexagonal grill and front splitter. Additional aeration is found on the rear fenders with scoops that funnel air over the 15-inch Brembo Gran Turismo high-performance brakes. The aggressive body aesthetic—manufactured by GFMI Metalcrafters in Fountain Valley, Calif.—accentuates airflow and delivers optimal downforce to the tires, whose athletic stance becomes Olympian with 21-inch, five-spoke alloy wheels that match the body’s racy metallic-red finish.

A follow-up to the Rocket Coupe (another Galpin and Fisker collaboration that launched at last year’s Los Angeles Auto Show), the 2015 Rocket Speedster Concept will be a limited production set to land at Galpin Ford and select dealers in the near future. (galpinrocket.com; heinrikfisker.org)