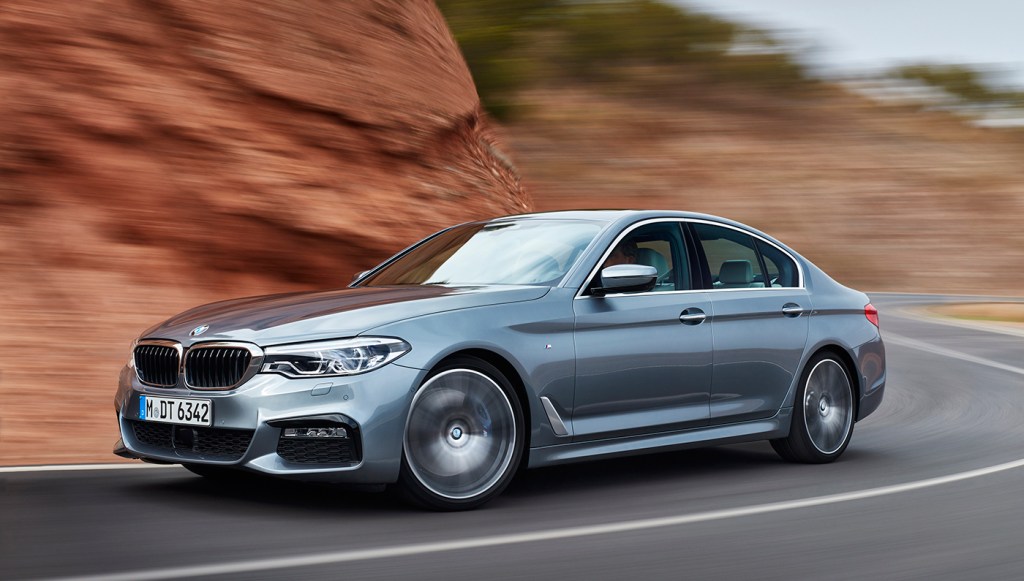 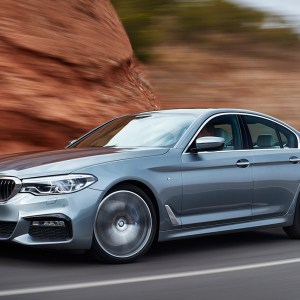 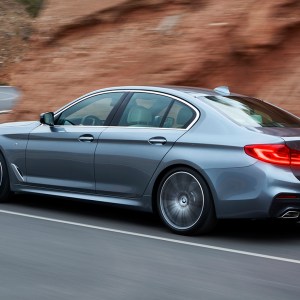 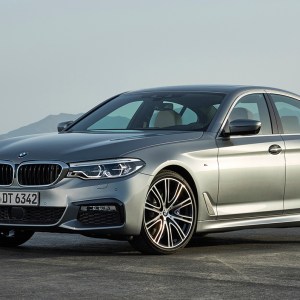 The BMW 5 Series has been completely redesigned for 2017—an evolutionary makeover that yields enhanced looks and new in-car technology. Now in its seventh generation, the new 5 Series (on sale February 11) competes against other midsize luxury sedans including the recently redesigned and visually stunning Mercedes-Benz E-Class and the Audi A6. Although BMW sales have slipped in recent months, the 5 Series is still an important car for the brand, accounting for 20 percent of dealer sales in the United States, according to Ludwig Willisch, president and CEO of BMW North America.

Changes to the seventh-generation 5 Series are subtle and include a redesigned front end with headlights that flow into a reshaped kidney grille. Air breathers cut diagonally behind the front wheel arches and a sharp lower character line not only give the 5 Series a more aggressive look, they are instrumental in optimizing airflow around the vehicle. Overall, the new 5 Series has been stretched by 1.2 inches, adding the same length in additional rear legroom, plus increased trunk capacity (for those who still measure in sets of golf clubs, the number is four).

The first models to hit U.S. shores are the 530i (from $51,200), powered by a new, 248 hp twin-turbocharged inline-4, and the 540i (from $56,450), with its new 335 hp twin-turbocharged inline-6. Both are available with rear-wheel drive or with BMW’s xDrive all-wheel-drive system—the latter offered for the first time with optional adaptive suspension and active steering.

On a freeway drive in Northern California, I find the 540i with the optional M Sport Package ($2,650) to be an ideal cruiser, pulling 35 more hp than its predecessor and 332 ft lbs of torque that comes in as low as 1,380 rpm. A suite of optional active safety features includes adaptive cruise control and steer assist, the latter of which uses cameras and sensors to steer the car back into its lane at speeds of up to 130 mph. Although these systems help ease the burden of stop-and-go traffic, they do not yet seem as seamless and sophisticated as the driver-assist suite found in the Mercedes-Benz E-Class. However, that is of little consequence to those who aren’t yet ready to relinquish the wheel to a computer.

New in-car features include a touchscreen that sits atop the 5 Series’ dash. For those used to the rotary knob and/or touch pad, those are still there, too. The newest version of iDrive grants faster and improved navigation and supports integration with Amazon Alexa, which can send directions, lock the car, and control heating and air conditioning remotely. Gesture Control, a $190 option first found on the current 7 Series, allows the driver or front passenger to perform a few select functions—such as controlling the stereo volume—by making specific hand gestures in front of the screen. Finding a parking spot gets easier with the On Street Parking Information system (OSPI), which uses algorithms to help drivers find parking. The new ParkNow app also allows them to make advance reservations in select public parking garages. With the remote-control parking option ($750) users can guide the car into a parallel or perpendicular parking space from the outside via the 5 Series’ key.

Switching to the 530i ahead of winding roads in Napa, the inline-4 is surprisingly spritely, if not particularly sonorous. As the roads get tight, I put it into sport mode and feel the stability of the new chassis, which helps to make for a curb weight up to 137 pounds lighter than its predecessor. A retuned suspension keeps the car hunkered down, while revised steering is comfortable (but not lightning fast).