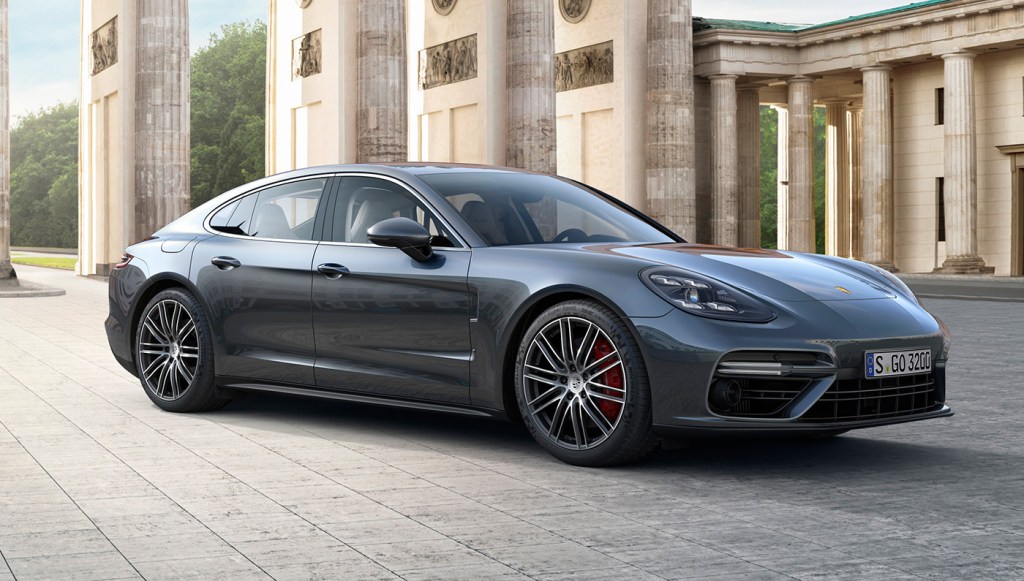 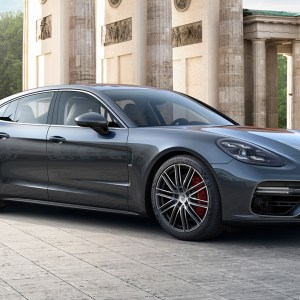 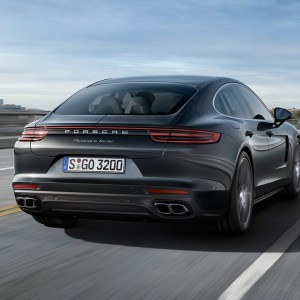 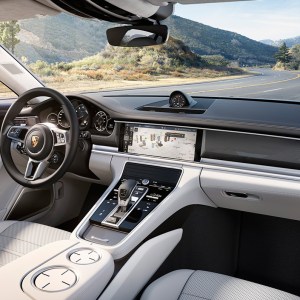 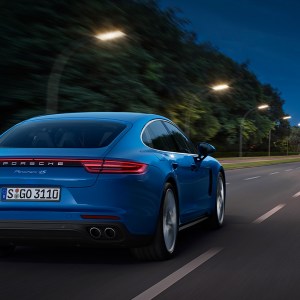 Equal parts sumptuous sedan and track star, the new 2017 Porsche Panamera has been completely made over to further develop its distinctive duality. Now adopting design elements from the famed 911, the four-door has been fashioned with a familiar flyline and roof that has been lowered by .78 inches at the back. The vehicle’s already impressive stature has been enlarged, its powertrain pumped up, and the cabin experience enhanced.

The latest edition comes in two iterations, the Panamera 4S and Turbo, both with the next generation 8-speed dual-clutch transmission (PDK II). The latter version leaps up another 30 hp due to a new 4-liter twin-turbo V-8 that delivers 550 hp and 567 ft lbs of torque. The Turbo takes on zero to 60 mph in 3.4 seconds (with the Sport Chrono package) and courses to 190 mph. It is also the first car from the marque to be equipped with cylinder deactivation control, which monitors load and, when optimal, relies on just four cylinders to reduce fuel consumption by 30 percent. Right on the Turbo’s tail, the 4S features a rate of acceleration only .6 seconds slower and a top speed of 180 mph. This is thanks to its 2.9-liter twin-turbo V-6 that turns out 440 hp (20 hp more than before) and 405 ft lbs of torque.

Handling has been improved by implementation of Porsche’s new three-chamber suspension system (standard on the Turbo), 4D Chassis Control, and similar rear-axle steering as that found on the 911 Turbo and 918 Spyder.

Adding to the Panamera’s athletic aesthetic, its expanded aluminum bodywork (increased by 1.3 inches in length, and .2 inches in width and height) sits on a wheelbase bolstered by 1.2 inches. And flared arches further boost the stance and provide plenty of room for the optional 21-inch alloy wheels.

Driver and passengers alike will be pampered in the cabin that features the recently designed Porsche Advanced Cockpit rich with touch-sensitive surfaces (rather than buttons) and high-resolution displays. In front of the driver, two 7-inch monitors display most instrumentation while a 12.3-inch touchscreen (located in the center of the dash) provides a platform for the improved Porsche Communication Management system and all of its comprehensive connective functionality.