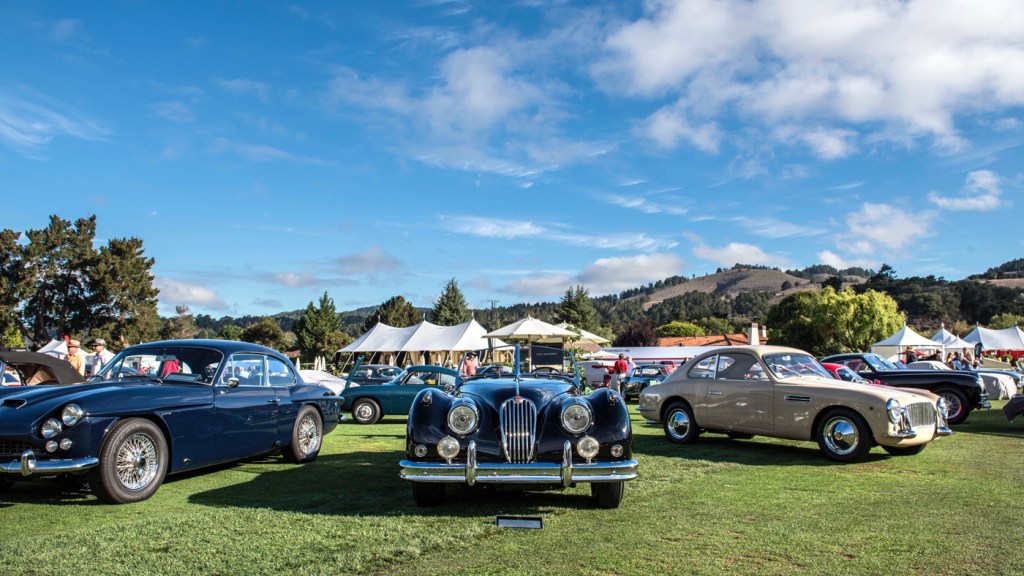 Photo: Courtesy of the Quail, a Motorsports Gathering.

On Friday, August 18, car connoisseurs will gather once again on the lush grounds of the Quail Lodge & Golf Club in Carmel Valley, Calif., for the Quail, a Motorsports Gathering to see some of the most storied vintage cars ever collected. Touted by enthusiasts as a smaller, more intimate version of the famed Pebble Beach Concours d’Elegance, the Quail will showcase 250 stunning examples of prestigious collector cars as well as extensive food, wine, and cocktail offerings.

Organized by the Peninsula Hotels, this year’s Quail will focus on sports cars and racing, with special classes for Mid-Engine Marvels and Originals. Standouts include a 1965 Ferrari 275 GTB, the first Ferrari road car with an independent rear suspension and rear-mounted transaxle, and a 1964 Alpine M64, which made its debut at that year’s 24 Hours of Le Mans. The 1982 Lancia Model 037, a mid-engine rally car known for its unique body shape and transverse engine, will also make an appearance.

A 1952 Pegaso Z-102 Berlineta Cupula.  Photo: Courtesy of the Peninsula Classics Best of the Best Award.

Earlier in the Monterey Car Week festivities, a carefully curated selection of vehicles will compete for the Peninsula Classics Best of the Best Award, which recognizes the world’s finest example of a vintage automobile. The top car is selected from among a handful that have already won prestigious concours, including Pebble Beach, Villa d’Este, and others. Included in this grouping will be a 1936 Lancia Astura Cabriolet Tipo Bocca by Pininfarina, a 1952 Pegaso Z-102 Berlineta Cupula, and a 1953 Ferrari 375 MM Spyder by Pininfarina. Judges include some of the most respected designers and collectors in the automotive arena, including Ralph Lauren, Chris Bangle (formerly of BMW), Flavio Manzoni (Ferrari), Gordon Murray (McLaren), and Luc Dockerwolke (Genesis). And while the Peninsula Classics Best of the Best Award and its judging process are not part of the Quail, a Motorsports Gathering, the winning entrant will be on display during the event.

A 1936 Lancia Astura Cabriolet Tipo Bocca by Pininfarina.  Photo: Courtesy of the Peninsula Classics Best of the Best Award.

The Quail will also feature cuisine throughout four pavilions inspired by the Peninsula Hotel properties in Beverly Hills, Carmel, Paris, and China. This year, an Italian-themed pavilion will be sponsored by Pirelli. As usual, guests will also dine on oysters and caviar, and enjoy champagne and specialty cocktails.

A 1953 Ferrari 375 MM Spyder by Pininfarina.  Photo: Courtesy of the Peninsula Classics Best of the Best Award.

The 2017 Quail, a Motorsports Gathering is already sold out, but those interested in attending may request to be added to the wait list.