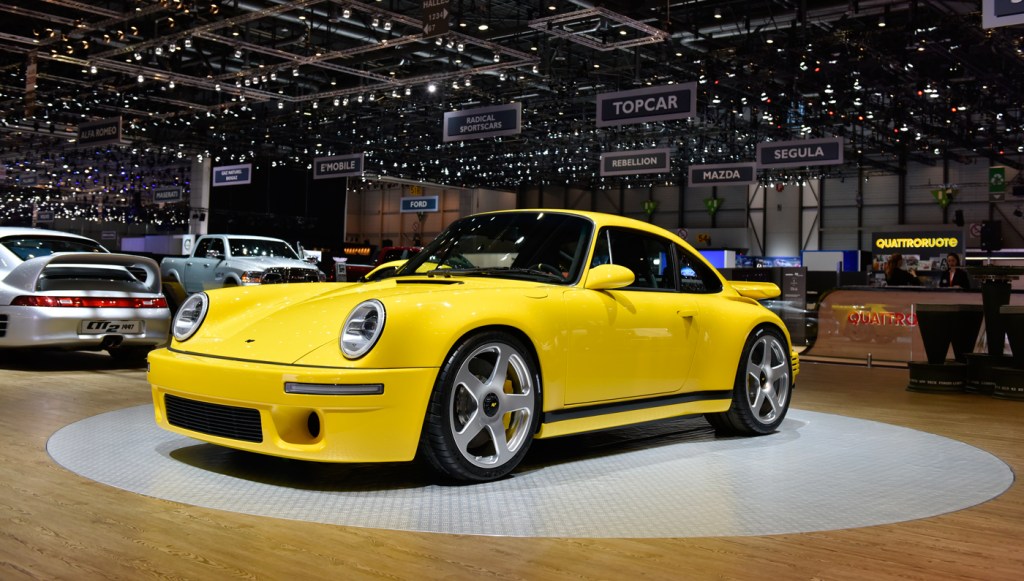 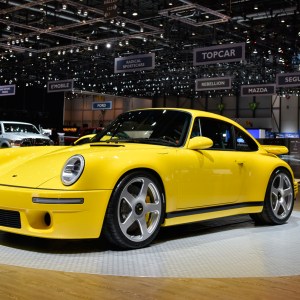 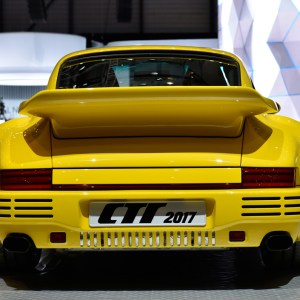 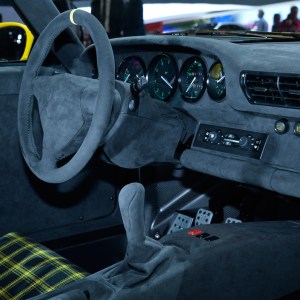 News that a beloved yellow bird will be back on the street has car enthusiasts as tickled as toddlers who see their favorite television program’s big avian character in person. For the former, however, the object of adoration is the 2017 Ruf CTR which recently debuted at the 87th Geneva International Motor Show. The new prototype, from Germany’s Ruf Automobile GmbH, pays tribute to the 30th anniversary of its eponymous 1987 version—a vehicle famously referred to as, not surprisingly, “Yellow Bird.” But more than a mere homage, the contemporary coupe adds innovation as it is the first road car to feature a carbon-fiber monocoque chassis combined with both a rear-wheel-drive and rear-engine configuration.

Building off of the original CTR’s reputation as a light and fast tour de force, the limited-edition speedster sports a carbon-fiber body and boasts a 700 hp, 3.6-liter flat-six. The twin-turbo engine (with 649 ft lbs of torque) has its horses tamed by Ruf’s own 6-speed manual transmission. The potent pairing allows the 2,640-pound car (with a weight-to-power ratio of 3.5 pounds per hp) to jet from zero to 62 mph in less than 3.5 seconds while on its way to a jaw-dropping top speed of 223 mph. The driving experience is enhanced by a double-wishbone pushrod suspension and safety measures for the pilot and passenger that include steel crash structures in the front and rear, a built-in roll cage (also made of steel), and carbon-ceramic brakes.

The interior is defined by a style that is stripped down yet striking and includes analog gauges for the dash and Alcantara upholstery for the two carbon-fiber seats. The result is an overall aesthetic that is both race-ready and refined.

With the latest CTR, the marque has managed to exceed the already elevated expectations of those who remember the earlier model’s memorable track record. The original car was a highly modified Porsche 911 Carrera 3.2 that comprised numerous custom-engineered components from Ruf. Back in the late 1980s, the “Yellow Bird” may have ruffled a few feathers after it flew past entries from Porsche, Ferrari, and Lamborghini during track tests.

Stepping out of its older sibling’s shadow, the 2017 edition stands on its own due to heightened performance and the fact that it represents the premiere of a chassis from Ruf’s own design team. Production, of only 30 examples in total, is planned to start next year. (ruf-automobile.de)