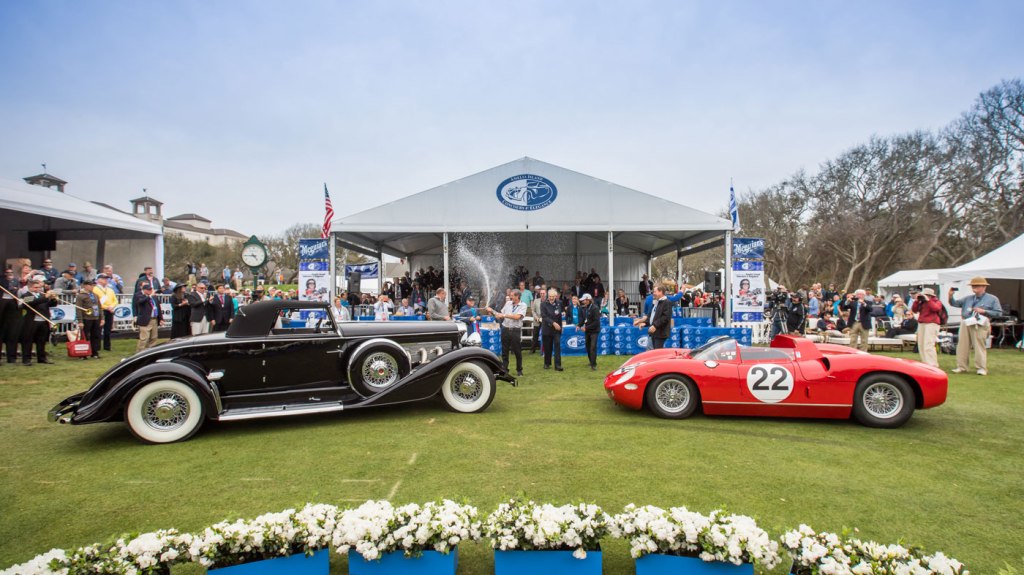 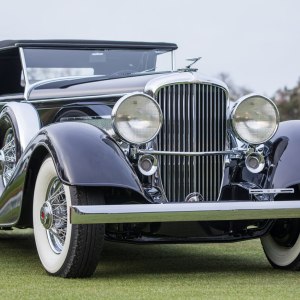 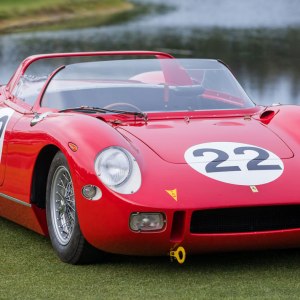 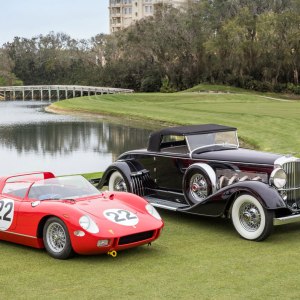 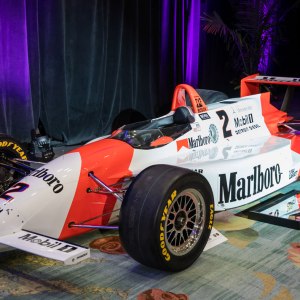 On March 9 and 10, car cognoscenti from around the globe gathered at the 23rd annual Amelia Island Concours d’Elegance, held on the competition’s namesake oasis in Florida. The festival, presented by the Ritz-Carlton, Amelia Island, has fast become as vaunted as the vehicles that compose its field of collectible dreams.

“The Amelia Island Concours d’Elegance is the most prestigious automotive heritage event on the East Coast,” says James E. McManemon, general manager of the Ritz-Carlton, Amelia Island. “We have hosted the event since its inception and every year have seen substantial growth in attendance, programming, and praise. But beyond international acclaim—which now rivals that of Pebble Beach—and awareness of our destination, the concours has contributed millions of dollars in charitable support to a diverse group of foundations, including not-for-profit hospice care in Northeast Florida.”

Amelia Island’s concours was founded in 1996 by entrepreneur, former racer, and avid car collector Bill Warner, who still serves as the event’s chairman. For its most recent run, the fete featured more than 300 machines entered in 35 categories, including Prewar, three divisions of American Classics (based on time period), Motorcycles, Concept Cars, several classes for Sports and GT cars, and, this year, the Cars of Emerson Fittipaldi. The latter paid homage to the legendary racer who is not only a two-time winner of the Formula 1 World Championship (1972 and 1974) but also the Indianapolis 500 (1989 and 1993).

Fittingly, Fittipaldi was this year’s guest of honor and admitted to being quite moved when reunited with some of the racecars that he drove to victory, such as his 1970 Lotus 72/5 and 1974 McLaren M23/5, among others.

Emerson Fittipaldi reunites with one of his renowned racecars at the concours.  Photo by Deremer Studios LLC.

Not even the threat of rain, which necessitated moving the contest from Sunday to Saturday, could put a damper on the crowd. Touring the lavish lineup, displayed across the 10th and 18th fairways at the Golf Club of Amelia Island, I was struck by the rarity and refinement of the examples exhibited. Near the entrance was a stunning assemblage of 11 North American Racing Team (NART) thoroughbreds from Ferrari, dating back to the late 1950s. Equally exceptional was a one-of-a-kind 1968 Corvette L88—the only NART performer that wasn’t a prancing horse.

Several yards away, a row of exquisite Jaguar E-Types was followed by exceptional early Porsches, including a 1956 Porsche 356A Carrera and a 1958 Porsche Carrera GT GS Speedster. Both categories showcased the classic foundations of the respective marques’ future aesthetics.

But while certain body styles were similarly communicated by different automakers within the same era, one design language stood disparate from the rest of the roundup: the hot rods of Ed “Big Daddy” Roth. His Beatnik Bandit, Surfite, Mysterion, and Orbitron are comic-book conveyances that fancifully captured yesterday’s vision of tomorrow when constructed in the early 1960s.

Another delight from the same decade was a 1967 Shelby GT350 owned by Hunt and Pat Palmer-Ball. The immaculate Mustang—with less than 9,000 miles on the odometer—was originally purchased off the showroom floor by Hunt when he was 19 years old, and it has remained in his ownership ever since. “I tried to sell it once,” he says, “but my wife told the interested party that if they bought the car, she would include me with it.”

After a couple of laps around the lawn, I settled into the Ritz-Carlton’s Chairman’s Suite—an elaborate, ivy-covered pavilion with garden-party panache—to sip mixologist Bob Peters’ signature gin-and-prosecco punch and watch the parade of awarded beauties roll by. Taking top honors was a 1929 Duesenberg J/SJ Convertible, which earned the Best in Show Concours d’Elegance Trophy, and a 1963 Ferrari 250/275P, garnering the Best in Show Concours de Sport Trophy.

The first-place Ferrari, part of the JSL Motorsports Collection, already had a winning record. In 1963, it took the checkered flag at the ADAC Nürburgring 1,000 Kms (driven by John Surtees and Willy Mairesse) and the 1964 Sebring 12 Hours (with Mike Parkes and Umberto Magliolo behind the wheel).

This 1963 Ferrari 250/275P rode off with the Best in Show Concours de Sport Trophy.  Photo by Deremer Studios LLC.

The distinctive Duesenberg was once in the stewardship of Edward Beale McLean, the former owner of the Washington Post and the rumored-to-be-cursed Hope Diamond. Although McLean died in a Maryland asylum in 1941, his captivating car survived and, obviously, thrived due to care from current owner Harry Yeaggy.

After the last accolade was accepted, many participants geared up for a gala dinner sponsored by Mercedes-Benz back at the hotel. The invite-only, black-tie banquet featured a multicourse menu and an interview with Fittipaldi about his remarkable career.

Also complementing the concours was its official auction by RM Sotheby’s, presented at the Ritz-Carlton on Friday, March 9. Of the more than 200 lots offered, 86 percent was sold for a total of $27.7 million. Bringing the highest bid was a 1966 Ferrari 275 GTB, a long-nose looker that landed $2.2 million. Others that fetched seven figures included a 1993 Porsche 911 Carrera RS 3.8, that raced to $1.65 million, and a 1930 Isotta Fraschini Tipo 8A S Boattail Cabriolet—nicknamed “the Grey Goddess”—that rolled away for $1.27 million.

Despite being truncated by a day due to weather concerns, the concours once again enthralled enthusiasts, as it continues to play a pivotal part in keeping car culture at full throttle. And it can be argued that the partnership with the Ritz-Carlton is what gives it pole position over other auto-show competitions.

“People who are drawn to luxury experiences—products, hotels, cars—share the same mind-set,” says Lisa Holladay, global brand leader for the Ritz-Carlton. “When you get cars at this level, they’re works of art. It’s all about the human touch, the craftsmanship, and the passion people have about it—the same holds true for our properties and the ladies and gentlemen we employ.”

When asked about the Ritz-Carlton’s commitment to the concours, Holladay is clear. “The Ritz-Carlton, Amelia Island team has been part of it from the very beginning and has really done all of the heavy lifting for us. This is the first year that we’ve come in to support the event with a global brand presence, and it exceeded every expectation. The marriage of the two is beautiful.”

The next Amelia Island Concours d’Elegance will take place March 8 to 10, 2019.