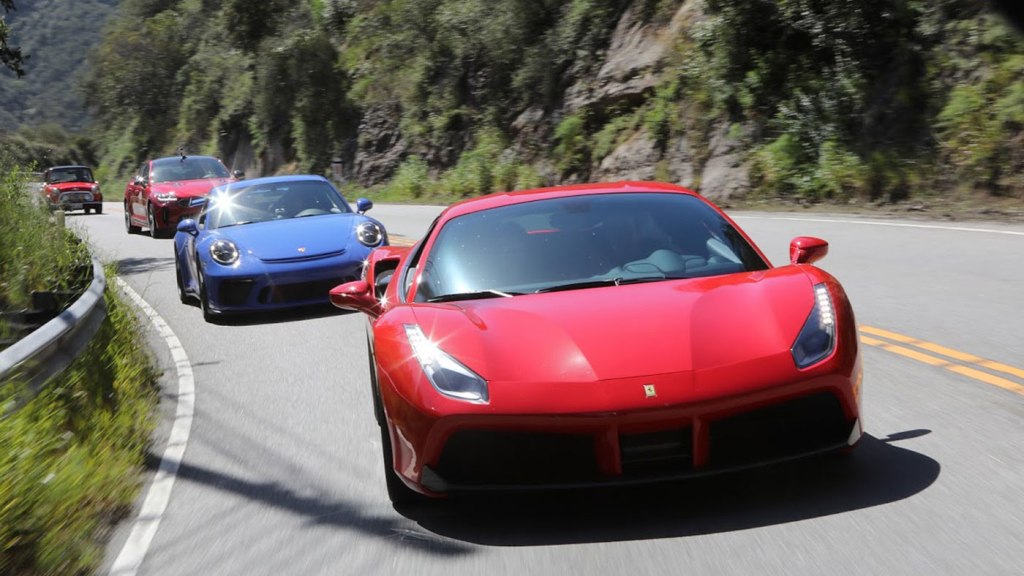 Photo by Mark Davidson, courtesy of Drive Toward a Cure.
View Gallery — 12   Photos 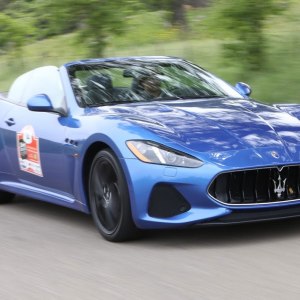 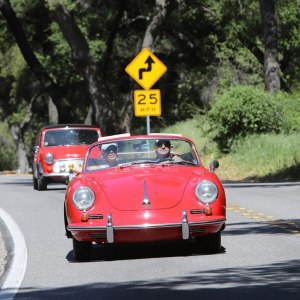 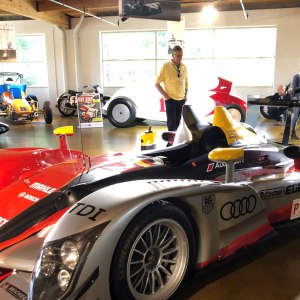 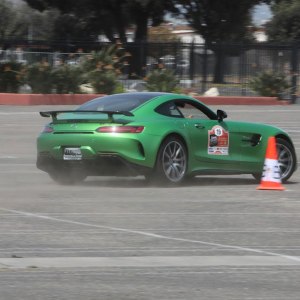 “Live in the moment, enjoy the day, make the most of what you have,” once stated Michael J. Fox, celebrated actor and influencer who is currently waging war on Parkinson’s disease. His words could have been the mantra for a band of motorists that recently joined the fight against the insidious condition by raising awareness through the Drive Toward a Cure road rally from May 3 through 6.

The philanthropic tour was founded by Deb Pollack, a multi-decade automotive industry veteran who was looking for the perfect vehicle to drive progress in combatting an ailment that, for her, hit home. “The initial inspiration really began 10 years ago as I had just lost my mom to the disease,” says Pollack. “At the time, I was working with the Danville Concours d’Elegance along with Ferrari and [racing legend] Phil Hill. Phil also had Parkinson’s, and so the Danville program was supporting research. After Phil passed, I stayed on and started doing one-day driving programs to raise money for the cause. But people wanted more, and I just never had the time. In 2016, my mom would have turned 90, and it had been a decade since she’d been gone. I thought, ‘If I don’t do it now, I’m never going to do it.’ So, I started Drive Toward a Cure, hoped it would work, and, thankfully, so far it has.”

Last year’s inaugural run comprised a couple of trip options: a three-day California Adventure and a four-day Great Southern Adventure (from North Carolina to Georgia). The cadre of car enthusiasts included several navigators with Parkinson’s that were continual sources of inspiration, serving as reminders that the path Pollack and the participants were on was an important one in finding an answer to the affliction.

Having been a wheelman on the debut drive in 2017, I jumped at the invitation to join this year’s Golden State getaway. The sun-soaked sojourn comprised a caravan of 23 automobiles and their crew, divided into two groups—one departing from the Petersen Automotive Museum in Los Angeles, while the other rolled out about 350 miles to the north at the Canepa Motorsports Museum in Scotts Valley.

My copilot and I opted for the latter launch point and, after a tour of Canepa’s automotive exhibit and renowned restoration facility, set off in a 2018 Maserati GranTurismo Convertible. We were accompanied by seven other vehicles ranging from a 1957 Porsche Speedster to a 2017 Ferrari 488 GTB.

Our end-of-day destination on May 3 was the Monterey Plaza Hotel & Spa located along Monterey’s Cannery Row, a street made iconic from the namesake novel by John Steinbeck. The route to get there wove through pockets of both agricultural and bedroom communities as it traced coastal capillaries that branched away from main arteries of congestion. With the Gran Turismo’s top down, both the sea air and serenade of the Maserati’s 454 hp, 4.7-liter V-8 began to compete for our sensorial attention—no small feat since we were already under the tactile and visual spell of the cabin’s contoured leather seats and ubiquitous carbon-fiber trim. Also mesmerizing was the precise relay of driver intent to rubber on road as the car cornered and accelerated with ease.

The 2018 Maserati GranTurismo convertible contributed by Maserati North America for the event.  Photo by Mark Davidson, courtesy of Drive Toward a Cure.

Ironically, the synergies that enable the human body to move as efficiently are among the targets of Parkinson’s, which progressively deteriorates motor function. However, as we found out during dinner with Dr. Carrolee Barlow, CEO of the Parkinson’s Institute and Clinical Center, research is firing on all cylinders and gaining ground.

“Two fronts have me excited about the advancements being made,” said Dr. Barlow. “One is the work we’ve been doing on the genetic forms of Parkinson’s as we are now close to trials with gene-specific treatments, which is a huge step forward. We are also beginning to understand the cause of Parkinson’s and that it might be associated with nerves in the gut. We have started a project that may result in a treatment by early next year.”

Her message added further motivation for our automotive mission. With car-door decals declaring the cause, we spent the next two days navigating paved backcountry ribbons to and through the celebrated wine country of Santa Ynez in Santa Barbara County, a region sensationalized by the film Sideways. Basecamp for the rest of the weekend was the Alisal Guest Ranch & Resort, a rustic-chic retreat set on 10,000 acres of the Old West.

Complementing time behind the wheel were a wealth of ancillary activities, including a lakefront dinner via hayride, horseback riding to an outback breakfast (served with a side of live music and cowboy poetry), and even a private rodeo. All the while, camaraderie and connections were fostered, as was a growing commitment to keep the conversation going about the disease and what is being done to do away with it.

“The entire event was warm and friendly, even more so than last year,” shared Derek Torry, himself a patient at the Parkinson’s Institute. “And the drivers were great. I think the drivers make the vehicles, and we had good diversity in both.” Torry served as navigator for pal Pete Dewhurst, who piloted a Dodge Hellcat. For Dewhurst, it’s all about being there for a brother.

“My best friend Derek has Parkinson’s, so I’m there to support him in anything and everything that he does,” explained Dewhurst. “This drive helps people understand how many are affected by Parkinson’s and how simple symptoms can be addressed to make their life much easier to live. The event also builds friendships for a lifetime.”

Equestrian exploration on the way to breakfast at the Alisal Guest Ranch & Resort.  Photo by Mark Davidson, courtesy of Drive Toward a Cure.

After the sun had set at Alisal on the rally’s final night, the late great Phil Hill’s son, racer Derek Hill, shared motorsport memories of his famed father, the bond they had, and Phil’s final time behind the wheel. “I’m thrilled to see individuals get together to take a beautiful road trip, all for the sake of raising money for Parkinson’s research,” said Hill after the event. “It’s a great cause, and I certainly hope it continues to grow.”

With people like Deb Pollack, Dr. Carrolee Barlow, Derek Torry, and the myriad medical researchers working to cure and prevent Parkinson’s, the mandate from Michael J. Fox to “make the most of what you have” seems more than enough for the road ahead.

(Dates for upcoming drives in the Northeast and Northwest are yet to be determined. For registration information and a schedule of single-day track events, visit drivetowardacure.org.)