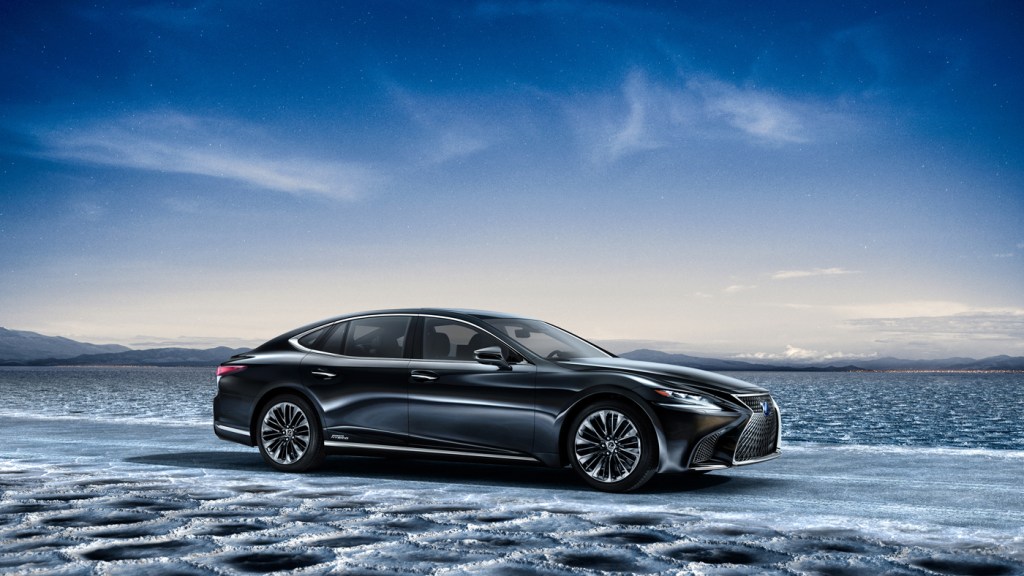 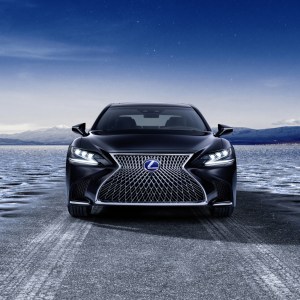 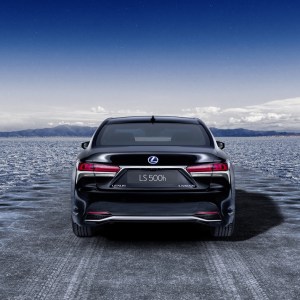 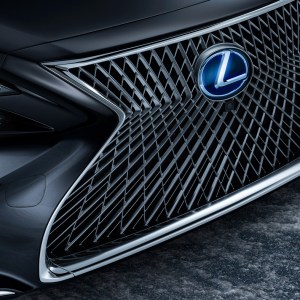 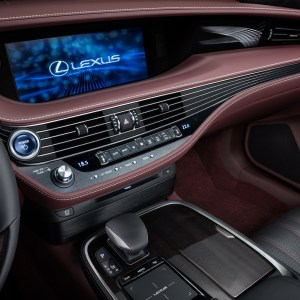 In 1989, Lexus introduced its first model, the LS400, as a direct challenge to the world’s foremost luxury-vehicle manufacturers. The decision to commence with a flagship sedan—a statement piece—was no afterthought. Ambition, resolve, and even the very essence of Japanese culture were infused into an elegant saloon car.

Much has changed for Lexus over the past 28 years—namely the prosperity of the brand—yet each new model shares a singular purpose. Omotenashi, the Japanese “spirit of hospitality,” bids welcome to every Lexus passenger by way of, among other elements, scrupulous interior design. To experience this principle firsthand, RobbReport.com was given a demonstration of the 2018 Lexus LS’s premium cabin materials. 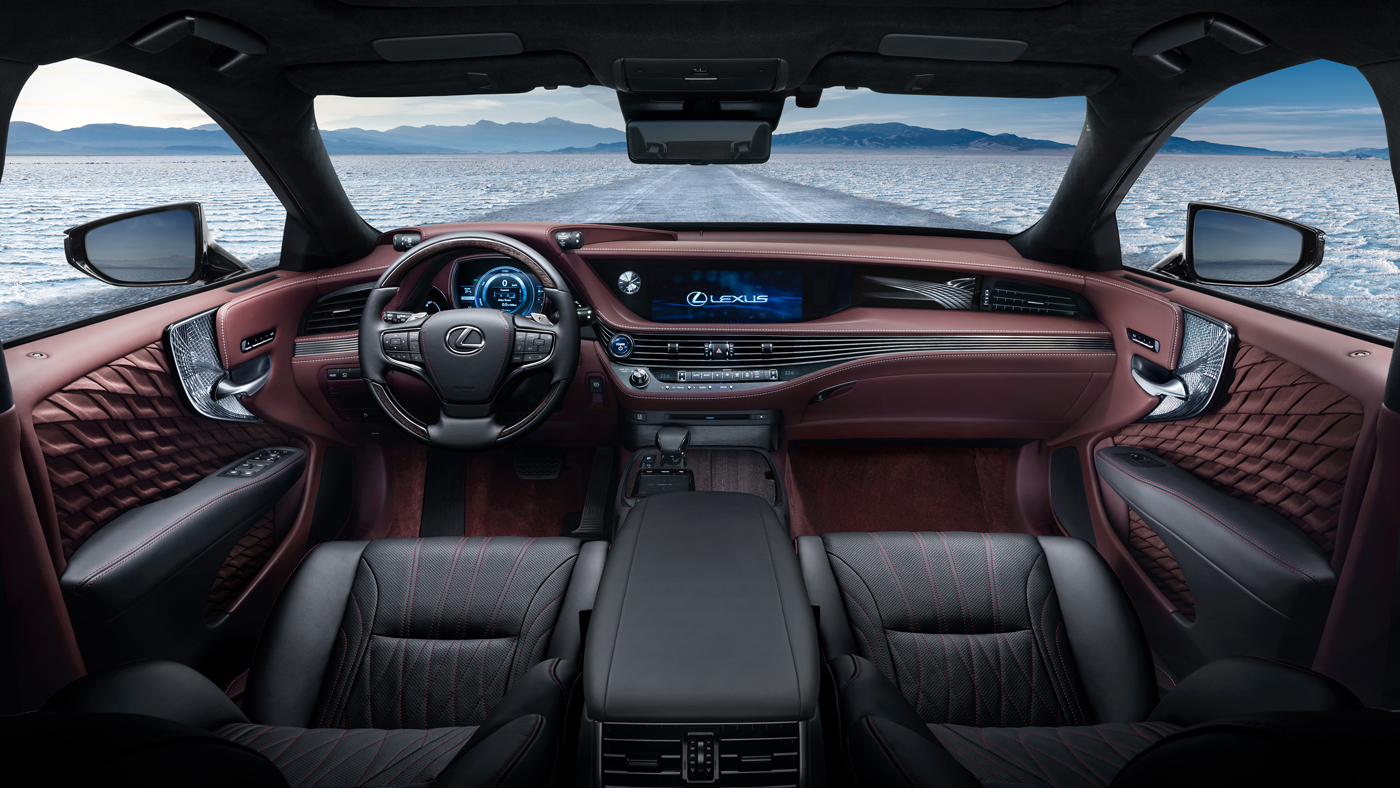 Originating in Kyoto, Japan’s ancient capital, hand pleating resembles origami in that it converts a large, flat sheet of fabric into art. This handiwork is used in the door panels of each 2018 LS 500 and 500h sedan, expanding a diamond pattern from the foot of the panel outward. Each set of four panels takes just under 3 hours to complete.

Dazzling Kiriko cut-glass inserts juxtapose intricate Mark Levinson speaker covers in each door. Developed in the early 19th century by the Satsuma clan, Edo Kiriko glass cutting is world renowned for its complexity. When developing the overlaid arrangement, Lexus designers analyzed the reflection of light when the door was closed and opened. The polishing process, which requires careful brushstrokes, yields a single front piece every hour and a rear piece every 2 hours. 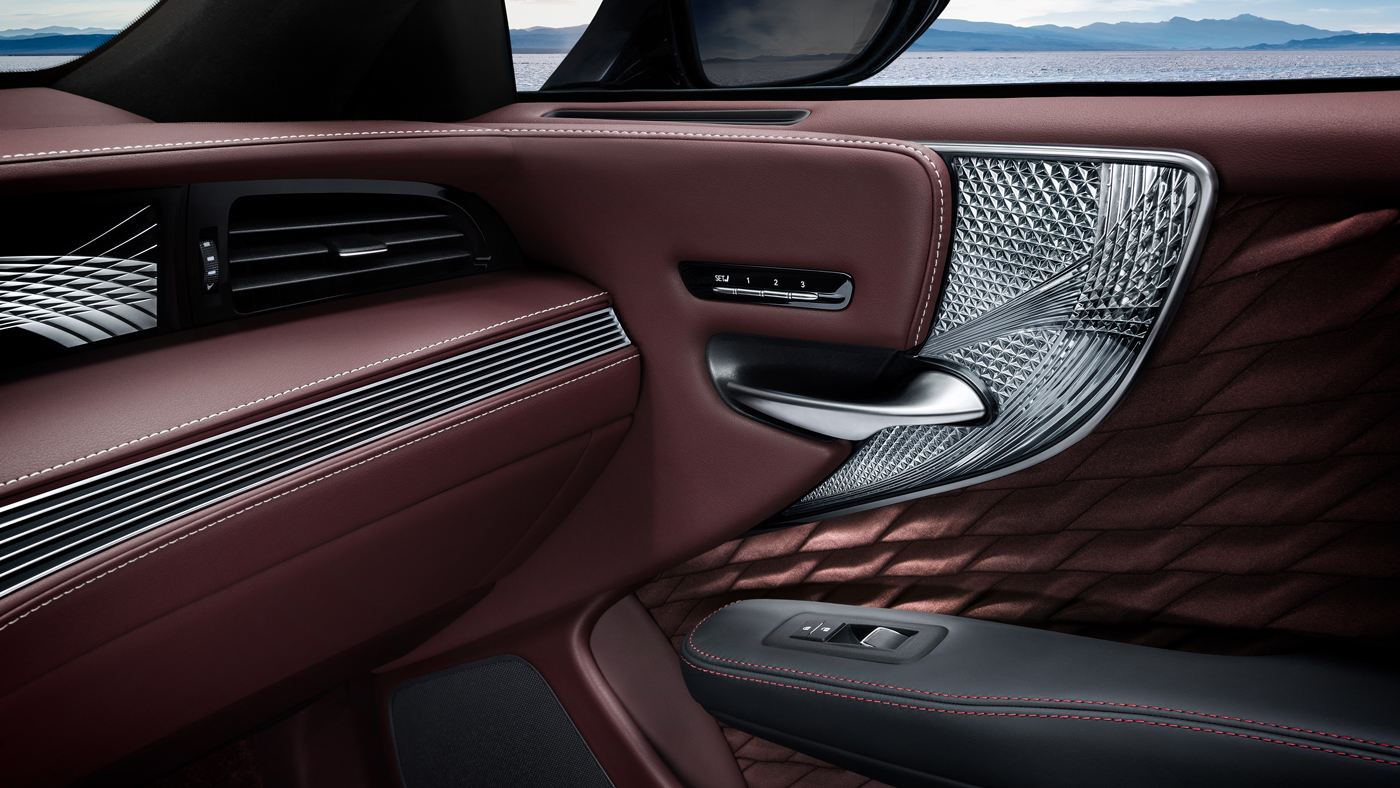 Lexus designers spent more than a year finalizing the LS’s Agathis art wood designs. Two hand-laid styles were eventually conceived: Organic and Herringbone. Envisioned through blazing fire, the Organic design contrasts the fineness of the Herringbone’s mosaic pattern. Both surfaces are coated with a natural gloss to add vibrancy.

As an ensemble, these Takumi design elements convey the pride and dedication of Japanese artisans through the most dramatic Lexus sedan yet. The all-new Lexus LS goes on sale in February 2018.