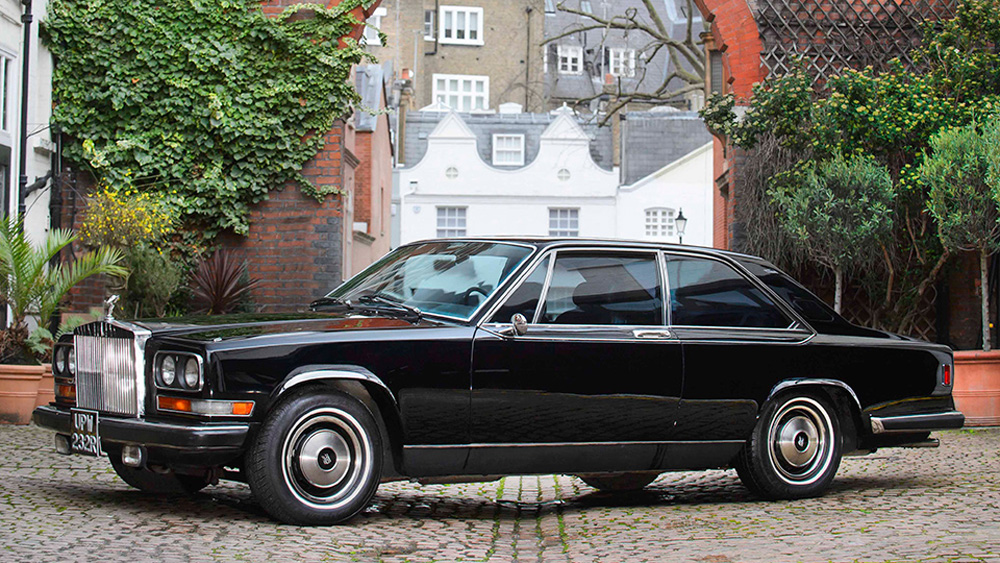 “Always focus on the front windshield and not the rearview mirror,” once advised retired four-star general Colin Powell, the first black person to serve as US Secretary of State. Although his words hold true in general, productively looking ahead and behind is exactly the aim of the 2019 Atlanta Concours d’Elegance, to be held at the Tyler Perry Studios outside downtown Atlanta, Ga., on October 19 and 20. The two-day competition aims to instill a love for car culture in the region’s youth while focusing on yesterday’s automobiles. Fittingly, one category showcased will be themed “Cars of Iconic Black Americans.”

A concours entry once owned by Bill “Bojangles” Robinson.  Photo: Courtesy of the Atlanta Concours d'Elegance.

For this year, the fourth annual concours has teamed with the Metropolitan Chapters of 100 Black Men, a nonprofit created to promote mentoring, education, health and wellness and economic and leadership development among black children. The chapters participating in the car show—from Atlanta, DeKalb County, North Metro and South Metro—are among 97 such groups across the country and located internationally.

“Because of the group’s major focus on education, they wanted to provide today’s youth a better understanding and meaningful background to one of the greatest legacies in US history – that of the automobile,” noted Bill Wallet, CEO and cochairman of the Atlanta Concours, in an official statement.

Part of that rich legacy on display will be four-wheelers owned by Sammy Davis Jr. (opening image), Muhammad Ali, Sam Cooke, BB King, Bill “Bojangles” Robinson and James Brown. A few of the vehicles from this exclusive field will be a 1935 Duesenberg JN Berline, a 1963 Ferrari 250 GT Lusso Coupe, and a 1977 Rolls-Royce Camargue, among others. Presenting the category will be entertainer and automotive enthusiast Vanessa Williams, who will honor the collection with a certificate to be given to hall-of-fame performer James Brown’s daughter, Dr. Yamma Brown.

Vanessa Williams will be on hand to present the “Cars of Iconic Black Americans” at the concours.  Photo: Courtesy of the Atlanta Concours d'Elegance.

Along with the “Cars of Iconic Black Americans,” Sunday’s array of roughly 180 automobiles will primarily be from the years 1900 to 1968, with Bentley as the marque of honor. Other standouts include the Chevrolet Astrovette, built from a 1968 Corvette convertible; motorsport’s “Spirit of Miami” racer, piloted by Emerson Fittipaldi, and a 1956 Lotus Eleven; a 1932 Ford Phaeton; and a 1935 Bugatti Aérolithe recreation that has only been driven by Jay Leno.

This 1932 Ford Phaeton, owned by collector Jim Collier, will be among the field of show cars.  Photo: Courtesy of the Atlanta Concours d'Elegance.

While Sunday is the primary competition, presided over by roughly 40 judges, Saturday will host the Invitational Cars and Coffee at the Concours and its Magnificent Seven contest. The latter, divided into two classes, General and Preservation, accepts another 200 vehicles that are perhaps not of normal concours quality but display their respective owners’ passion. A total of 14 examples will be selected—seven from each class—to return for contention the following day.

The 2019 Atlanta Concours d’Elegance takes place on the parade field of the former Fort McPherson Army Base, now home to the 330-acre Tyler Perry Studio, which officially opened this month. Adult ticket prices for a weekend pass start at $75, while VIP packages begin at $250.