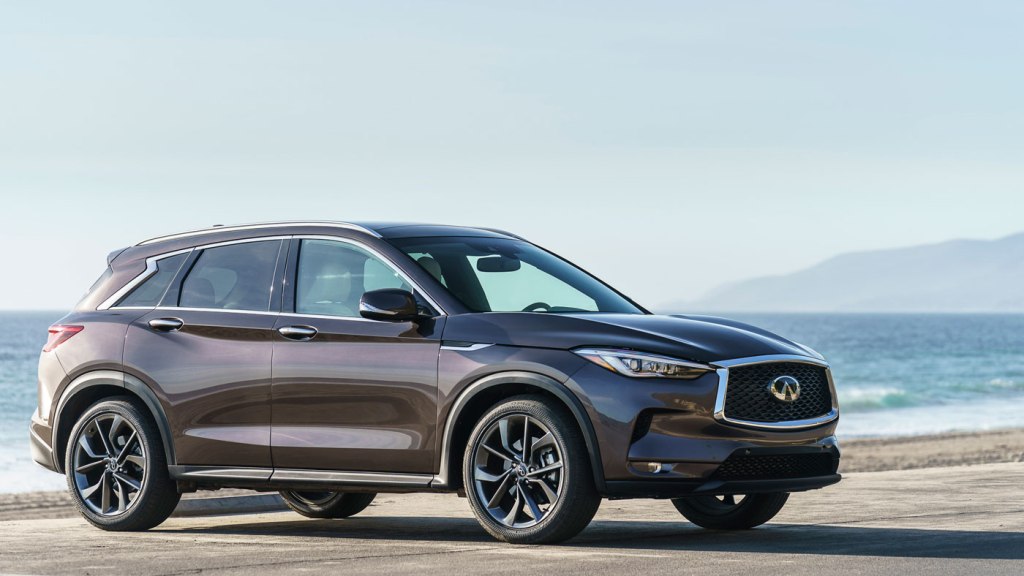 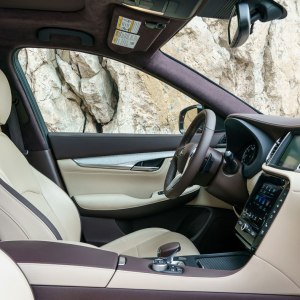 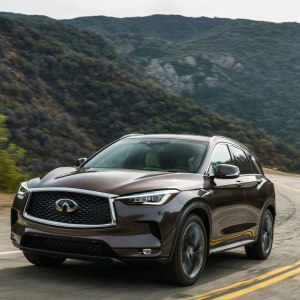 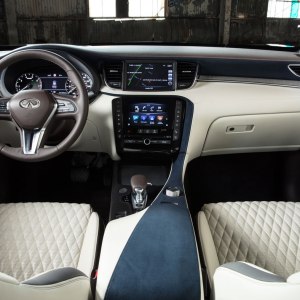 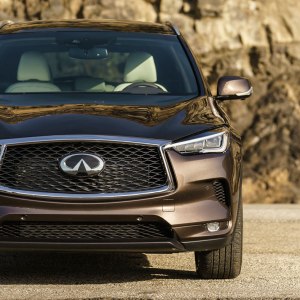 Not everyone is a brown car person. But take one look at the new Infiniti QX50 in Chestnut Bronze, and you just might be converted.

Of course, there’s more to Infiniti’s new midsize SUV than just a snazzy paint job. It’s completely retooled from the platform to the seats, and will compete with the likes of the BMW X3, the Lexus NX, and the Mercedes-Benz GLE-Class. Infiniti product manager Sean McNamara says it’s “one of the most important vehicles we’ve ever launched.” As crossover sales surpass those of cars in the luxury market, McNamara says the QX50 is a vehicle that their dealers have been asking for. Infiniti answered that call with an updated look, a more efficient engine, and new safety features.

Infiniti has long offered elegant designs that manage to not look like everything else on the road, without resorting to severe, exaggerated angles or ridiculously vast front grilles. The new QX50 resembles its predecessor enough to be recognizable, while looking new and fresh. Lines flow tastefully from the double-arch front grille—flanked by eye-like LED headlamps—to the clamshell hood, which overlaps into the fender. A strong crease runs from above the front wheel arches and through the door handles; the brand’s signature “crescent” line along the D-pillar echoes the contoured shape of the intersection between the rear window and the roof spoiler.

And that exterior color? “We wanted a change from black or beige,” says Takuga Karasawa, the QX50’s head interior designer. But yes, you can still order your QX50 in black or other colors, including a glimmering Liquid Platinum or the fiery Dynamic Sunstone Red.

A morning drive to Malibu from a boutique hotel near West Hollywood’s Melrose Avenue replicated the way most L.A. drivers use their cars on a daily basis—stuck in traffic. The QX50 is the first Infiniti to use a new 2-liter, turbocharged 4-cylinder engine, which uses electronically variable compression technology to maximize efficiency. At 268 hp, the QX50’s number of horses is down slightly compared to its predecessor, but torque is increased to 288 ft lbs, available as low as 1,600 rpm. That means more pep off the line and at slower speeds around town. The morning commute also gave us a chance to experience QX50’s new predictive forward collision warning, which gives off an audible alert if the second vehicle ahead of the car stops (as opposed to the vehicle directly in front).

Once we reached Pacific Coast Highway, I put the pedal down and felt the variable compression engine at work. The new, continuously variable transmission (CVT) is smooth, although not particularly inspiring. The QX50 gets high marks for comfort, thanks in part to “zero-gravity” seats designed by NASA engineers, as well as ample leg- and headroom (later, a tall colleague tells me that his six-foot-something frame fits easily in the back seat). And active noise cancelation technology through the speaker system helps to keep the cabin quiet.

The QX50’s interior design matches—or even exceeds—that of its exterior. Karasawa says his team wanted to create an open feeling. “Every line has to connect,” he says, pointing out how the instrument panel seems to wrap around into the doors. Our car is fitted with off-white leather with sapphire blue leather accents. The open-pore wood trim glistens with a subtle metallic overlay.

Similar to technologies already employed by Audi, BMW, and Mercedes-Benz, optional active safety systems integrated by Infiniti include steering assist. It uses cameras and sensors to read road markings and turn the steering wheel automatically. The system works nicely in a straight line, but on one of the rare, curvy portions of PCH, we had to yank the wheel a bit farther to the right to avoid careening into the camper in the oncoming lane. “It’s not a hands-off system,” McNamara underscores. In this respect, we find competitors, especially Audi and Mercedes-Benz, farther ahead.