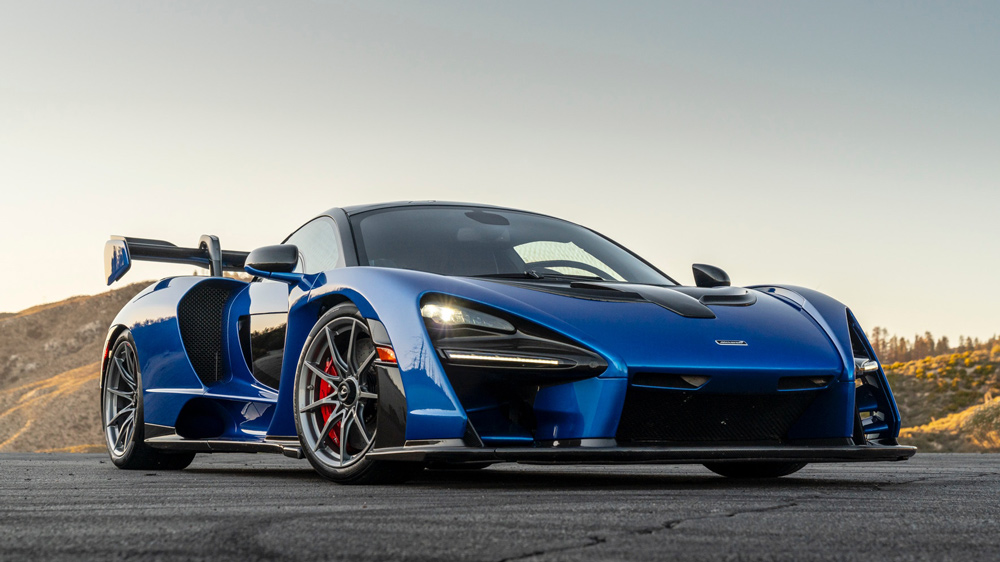 Britain’s McLaren Automotive is a newcomer compared to long-established marques from Europe. Yet despite its relative infancy, the automaker has introduced models like the F1, P1 and Senna, that have already achieved classic status and are among the most desired collectibles of any contemporary supercars.

Driving this point home is the fact that, despite having featured a McLaren P1—a road-going, hybrid-electric masterpiece—as a recent Car of the Week online, we now feel compelled to shine the spotlight on another from the same high-performance family. In this case, it’s a 2019 McLaren Senna that’s currently offered through online auction platform CollectingCars.com until December 10.

Although it may appear that the auctioneers are flush with McLarens, the reality is that only 500 examples make up the Senna’s production run. While road legal, the model is really a track-focused beast that’s more at home at speed on the circuit than anywhere else, which is no surprise since it’s named after the late Formula 1 champion Ayrton Senna, whose speed and skill earned him the nickname “King of the pole position.”

The 4.0-liter twin-turbo V-8 delivers 789 hp and 590 ft lbs of torque to the rear wheels.  Photo: Courtesy of CollectingCars.com.

The car’s mass alone, a featherweight 2,641 pounds, announces its designers’ intention that this vehicle is made solely for handling and speed. The latter tops out at 211 mph, and the car gets from zero to 62 mph in about 2.8 seconds. The Senna relies on internally combusted dinosaur juice to provide motive force with a 4.0-liter, twin-turbo V-8 that develops 789 hp and 590 ft lbs of torque, delivered only to the rear wheels via a seven-speed, dual-clutch automatic transmission.

The 2,641-pound supercar tops out at 211 mph.  Photo: Courtesy of CollectingCars.com.

The example offered is number 376 of 500, and its odometer records just 934 miles from new. Importantly, it’s a one-owner, US-spec car that, according to the seller, is absolutely original, unmodified and free of accidents. Despite the minimalist design brief, which concentrates on maximum aerodynamic efficiency and weight reduction, this Senna features some exquisite touches that make it even more special. For example, its color is Vega Blue Elite embellished by gloss carbon-fiber components. And Gorilla Glass is integrated with the doors, while ultra-lightweight nine-spoke wheels house ceramic discs and red brake calipers.

The interior continues the MSO (McLaren Special Operations) factory-custom theme, with carbon-fiber touring seats—in black Alcantara—complemented by red seatbelts and stitching. Perhaps in deference to the onboard McLaren Track Telemetry system, the factory-engraved throttle pedal reads Know Thyself, while the name Inception is engraved on the number plaque on the driver’s side door sill. And while it’s inconceivable that anyone would (or even could) wish to mask the glorious sound of the Senna’s ripping V-8 engine, a seven-speaker Bowers & Wilkins audio system adds non-mechanical music to the driving experience when the urge strikes.