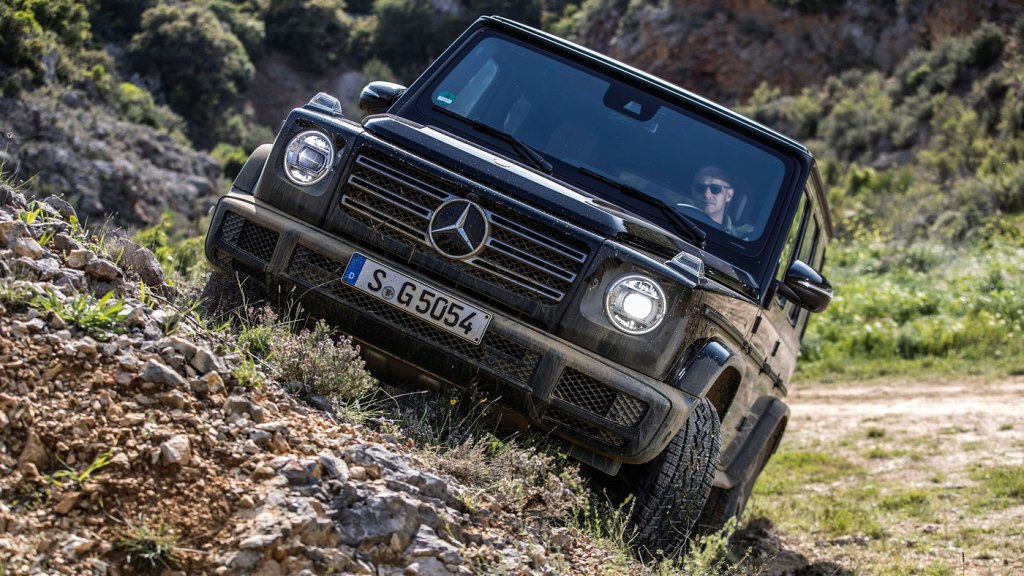 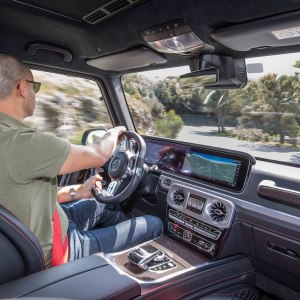 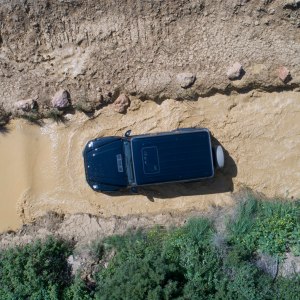 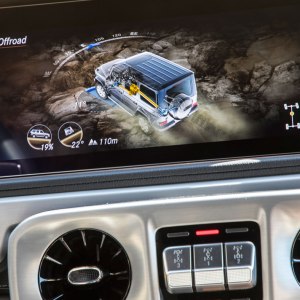 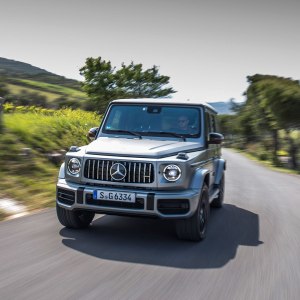 How do you reimagine an icon while upholding its essential character? Such was the conundrum faced by Mercedes-Benz designers and engineers when tasked with updating the endearingly anachronistic G-Class, which underwent a significant re-working for 2019.

The G-Class, aka G-Wagen or Geländewagen, was born 40 years ago when the Shah of Iran, a stakeholder in Mercedes-Benz, urged the manufacturer to build a military-inspired passenger vehicle. The G-Wagen quickly developed a reputation as a go-anywhere, climb-anything trailblazer, earning a first place finish at the grueling Paris-Dakar rally in 1983. But it also evolved into a fish out of water when it found increasing duty on public roads, eventually morphing into perhaps its most incongruous form with the boulevard-bruising AMG models, whose growling power seemed mismatched to topsy-turvy handling on tarmac.

You’d never guess, based on its subtly rounded corners and wider stance, but the 2019 G-Class is a dramatically re-imagined, all-new model whose only carryover items are the headlamp washer nozzles, door handles, and spare tire cover. Every other part—from its ladder frame chassis to its suspension and drivetrain—is new and ready for the 21st century. Even the hood-mounted turn signal pods have been redesigned to collapse into the vehicle’s body in the event of pedestrian impact.

A scenic and civilized section of road on the way from France to Spain.  Photo by Andreas Lindlahr, courtesy of Mercedes-Benz.

Our recent road trip from the south of France to Barcelona revealed a transformation in the G-Class’s driving dynamics, both on and off the road. The rolling hills around the Château de Lastours speak volumes to the new G-Class’s rugged intentions: the rock-strewn trails here not only served as proving grounds for all prior G-Class models, they’re commonly used by World Rally teams for the development of their competition cars.

My first introduction to the new model was preceded by quick drives in several historic G-Classes from the Mercedes-Benz Museum, which date back as early as 1980. Crude, stripped-down, and single-minded in their focus, the classics manage to crawl over the challenging terrain with disarming efficiency. But they also lack basic creature comforts like air conditioning and power windows, putting their nostalgic blast to the past in stark perspective.

The new car, even by modern standards, manages a quantum leap forward with its freshly flush interior surfaces, electronic display screens, pampering amenities (like massaging seats), and self-parking capabilities. Though its boxy exterior features have (thankfully) been preserved, the platform has been re-worked with an independent front suspension system that refines and smoothens its on-road ride quality. The kicker? The newfound suspension articulation also enhances virtually every aspect of its off-road skillset, from increased wading depth and steeper climbing capabilities to sharper approach and departure angles.

The interior is replete with massaging seats, flush surfaces, and electronic displays.  Photo by Andreas Lindlahr, courtesy of Mercedes-Benz.

My first stint behind the wheel revealed a capability I wouldn’t have dared attempt with the stiffly sprung previous generation car: the ability to glide over ruts and bumps with ease. Though it retains a stiffened and reinforced ladder-type frame, the G-Class’s heavily revised air suspension copes remarkably well with uneven surfaces below, encouraging brisk speeds through the rough stuff. Though it seemed I was maintaining a quick enough pace on the trails, the Mercedes-Benz instructor in the right seat encouraged me to go even faster; my subsequent lead-footed pace over the rough trail revealed a smooth, unperturbed ride despite the challenging surface below. Even more remarkable was the G-Class’s ability to climb a near-vertical rock face and hang on the side of a 33-degree hill like a tenacious billy goat.

While the G-Class’s off-road prowess proves remarkable and every bit in line with its heritage, its capabilities on the highway put it in an entirely different league compared to its predecessors. Despite being 2.1 inches longer and 3 inches wider, the G550 has lost a significant 375 pounds of mass. The decrease in weight enables nimbler handling and, coupled with its more powerful 416 hp V-8 engine, quicker acceleration.

The G-Wagen has had virtually every aspect of its off-road skill set enhanced, including increased wading depth.  Photo by Andreas Lindlahr, courtesy of Mercedes-Benz.

Unlike the old G-Class, which had a stilted and sometimes jarring ride, the new model’s independent suspension smoothens road irregularities in a way that makes it feel more like a luxury sedan than a boxy SUV. Aiding its road trip–friendliness is a standard 15 speaker, 590-watt Burmester sound system and interior trim that includes options like open-pore wood or carbon-fiber detailing. Opt for the Mercedes-AMG G63, and you’ll get a significantly livelier twin-turbocharged V-8 that produces 577 hp and is capable of launching the big brute to 60 mph in a sports car-like 4.4 seconds.

There are those who cannot abide the G-Class’s squared-off styling, and will forever be averse to its standout silhouette—a perfectly comprehensible sensibility that makes the redesigned Mercedes-Benz a moot point. However, fans of the boxy ‘ute who appreciate the idea of a vehicle with dramatically more capability both on and off-road will find there’s a lot to love in the new generation.