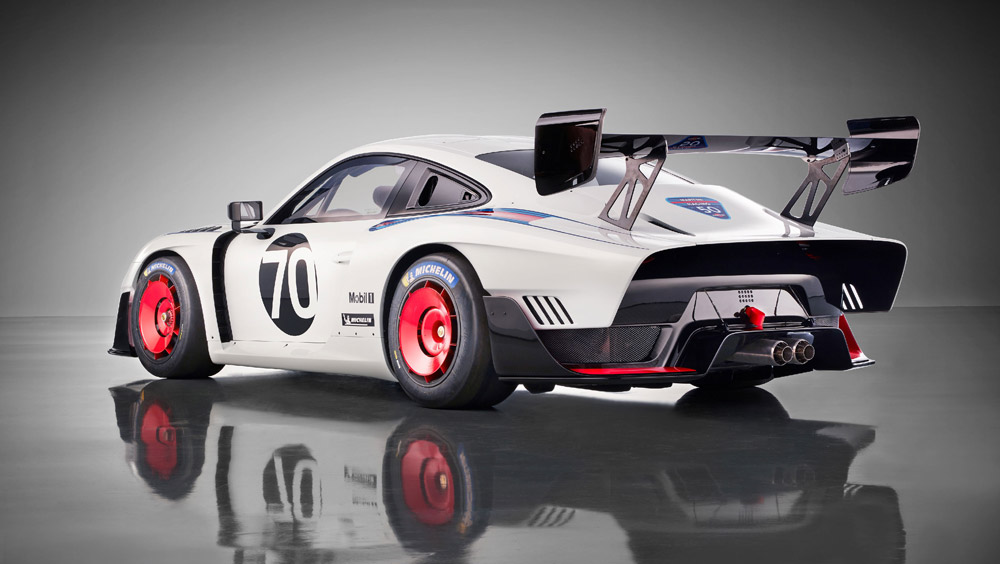 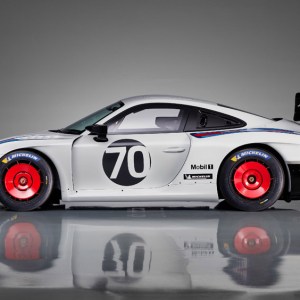 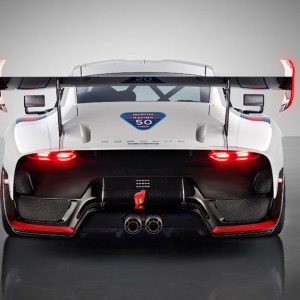 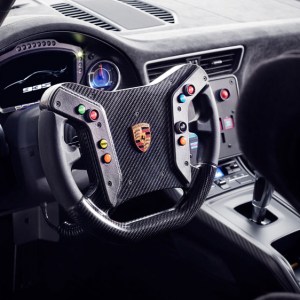 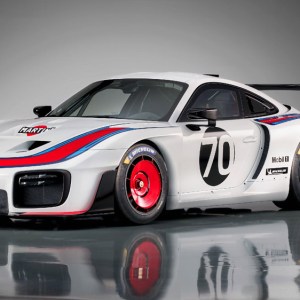 Porsche’s iconic 935 racer, nicknamed Moby Dick for its elongated ‘whale tail’ rear-end, holds a hallowed place in the hearts of Porsche-lovers the world over. With its trademark flame-thrower exhausts and glowing brake rotors, it was a much-loved fixture of the Le Mans 24 Hour enduros back in the late 1970s and early ’80s.

As part of Porsche’s on-going 70th birthday celebrations, the German marque has decided to pay tribute to the iconic 935—in particular the 1978-vintage 935/78 version—by pulling the wraps off a 2019 homage badged, naturally, 935.

Just as the original was based on a heavily-modified 911, this ultra-limited-edition, track-only newcomer—just 77 examples will be offered at more than $800,000 each—uses the underpinnings of the latest 911 GT2 RS. That includes the potent 690 hp, 3.8-liter twin-turbo flat-six engine and seven-speed PDK dual-clutch gearbox.

This racer runs with 690 hp.  Photo: Courtesy of Porsche AG.

The biggest, and most head-turning change comes with the car’s all-new lightweight carbon-fiber bodywork, which stretches the overall length of a regular GT2 RS by over a foot. The new design, especially that longtail rear section and classic Martini livery, perfectly captures the essence of the original. Even the wheels pay tribute to the old 935’s aerodynamic ‘turbofan’ design.

Look closely and you see other elements from Porsche racers past and present. The LED lights, on the endplates of that towering rear wing, come from the Le Mans-winning 919 Hybrid LMP1; the door mirrors are from the current Le Mans-winning 911 GT3 R; and the protruding titanium tailpipes are modeled off those from the 1968 Porsche 908.

Inside, Porsche continues to meld old and new. The high-tech carbon steering wheel and color display are straight out of the latest GT3 R racer, while the laminated wood gear selector is a nod to the thundering 917 and mid-engined Carrera GT.

As you’d expect of a track car, there’s a full safety roll cage and single racing bucket seat with six-point harness. In true Porsche style, if you want a second seat—to give thrill-rides to friends—you’ll pay extra.

Inside is a single racing bucket seat.  Photo: Courtesy of Porsche AG.

As to the ‘track’ part, if you have aspirations of competing with this new 935, you might be disappointed. Porsche has decided not to homologate the car, which means that it’ll be restricted to club events or solo thrashes at members-only circuits.

We suspect, however, that most will be secreted away into private collections where owners will sit and watch their values soar. Hopefully not. Either way, the first cars get delivered in June of next year.

The only question is whether comedian and Porsche aficionado Jerry Seinfeld will get the first.