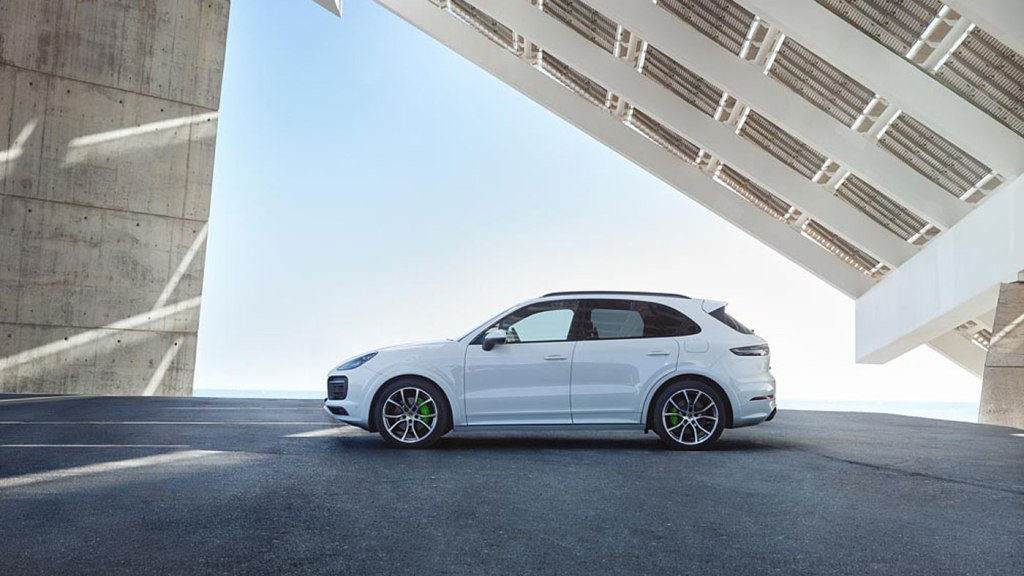 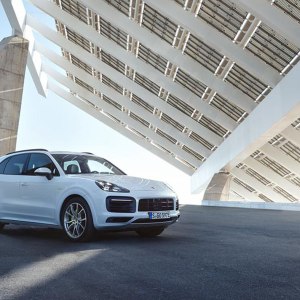 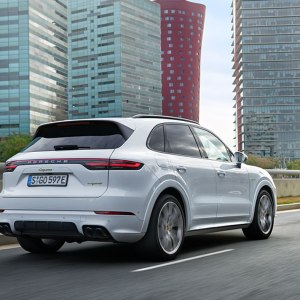 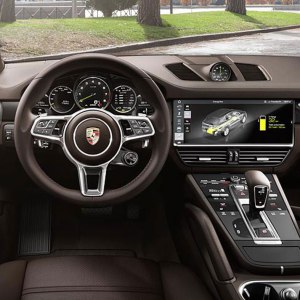 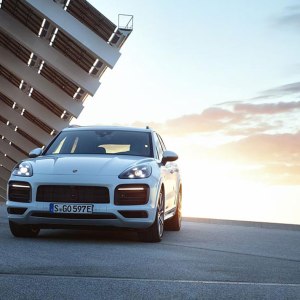 Advancements and integration of alternative power-train technology continue to accelerate, as evidenced by Porsche’s announcement today of its 2019 Porsche Cayenne E-Hybrid—the marque’s “E-Performance” plug-in that surpasses its predecessors in speed, power, and range.

The cutting-edge Cayenne inherits the 918 Spyder’s hybrid approach to boosting performance, and parlays the electric motor’s immediate delivery of torque with output from the vehicle’s 3-liter, turbocharged V-6 engine. The 455 hp combination—generating 516 ft lbs of torque—allows the Cayenne E-Hybrid to hurtle from zero to 60 mph in 4.7 seconds and top out at 157 mph. Those results reflect a time .7 second increase in quickness and 6 mph improvement in max speed over the current Cayenne S E-Hybrid, a variant introduced in 2014. And with a 14.1 kWh lithium ion battery pack, the new model can motor at 83 mph on electricity alone for up to 27 miles, five miles more than the one before. In addition, extended downtime is deterred with an optional 7.2 kW onboard charger which, when used with a 230-volt, 32 amp connection, can completely recharge the battery in 2.3 hours.

Also part of the revised hybrid power train is an electromechanical separating clutch that pairs with the Cayenne’s Tiptronic S transmission, an 8-speed gearing system which premieres on this model. Standard as well is Porsche’s Sport Chrono Package, which offers not only the Sport and Sport Plus drive settings (where the V-6 engine excels) but four new hybrid modes—E-Power (solely electric), Hybrid Auto (optimally switches between electric and gas), E-Hold (conserves the electric charge), and E-Charge (the V-6 engine generates excess power for battery storage).

Other firsts for the marque include the interior’s full-color, heads-up display, the availability of the Porsche InnoDrive traffic-sensing system (which monitors flow up to 1.8 mile ahead), and the use of 22-inch wheels.

Priced starting at $79,000, the 2019 Cayenne E-Hybrid should reach dealers in the United States at the beginning of next year.