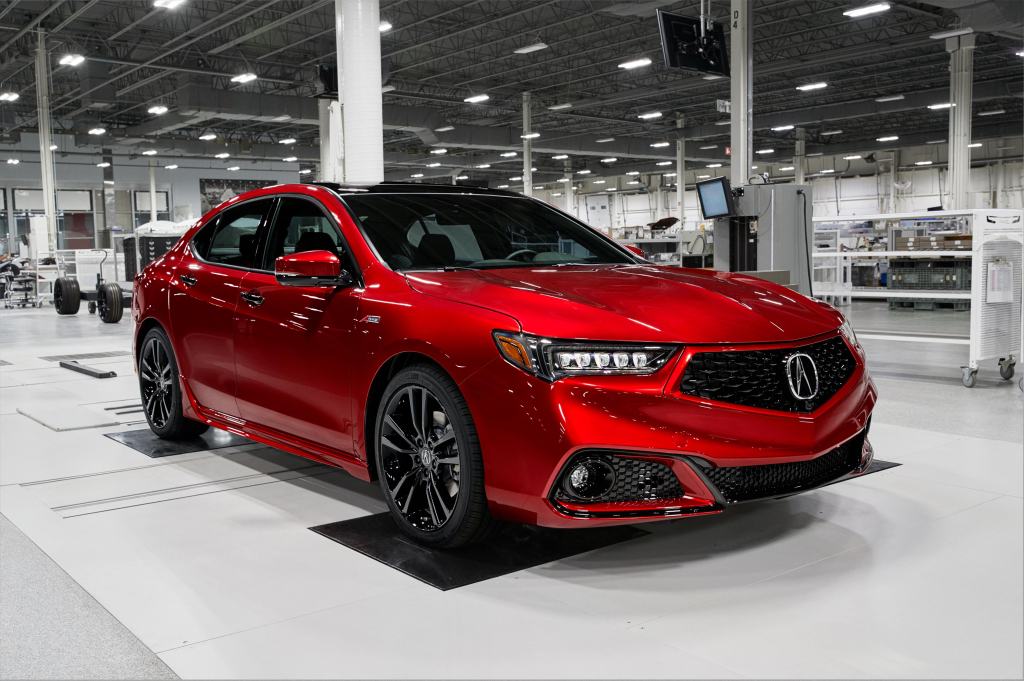 While Acura is making cars comparable to many entry-level German competitors, there is little outside of the Acura NSX to truly dazzle an enthusiast’s palette.  At least, that was true until the 2020 TLX PMC Edition.

PMC stands for Acura’s Performance Manufacturing Center, which is located in Marysville, Ohio.  There, specialty master technicians will hand-build just 360 individually numbered units alongside the benchmark Acura NSX, which is also produced in the Marysville facility.

This will not be merely a TLX that happens to be assembled by hand, either, as the PMC edition combines the best of the make’s luxurious Advance Package with the sporty appearance and characteristics of its A-Spec package.  As an added treat, it will also feature the brand’s most vibrant paint color, Valencia Red Pearl, applied using Acura’s previously NSX-exclusive nano pigment paint technology for the most vivid and enduring coat possible.

When it comes to styling, Acura’s racing DNA has been recombined as never before, with the TLX PMC edition receiving aggressively contoured style elements not found on any other TLX models. They include gloss-black 19-inch split-5-spoke wheels, gloss black grille, and gloss black door handles and roof since. With the black-on-red combination, it is easy to see why the Acura team turns to it again and again. Far from risking mediocrity due to a limited color palette, this TLX looks truly stunning, and goes to show that sometimes being a good designer means knowing when not to add. You can be sure the PMC will definitely stand out, no matter what it is parked next to.

Only 360 examples will be made.  Photo: Courtesy of Acura.

The interior resembles the A-Spec model, but with a few added touches.  They include: black Milano leather seats with Alcantara inserts, black piping and red stitching for the seats, door panels and center armrest, plus an A-Spec steering wheel with special red stitching and metal-finished paddle shifters.

Each TLX PMC Edition will be built by hand.  Photo: Courtesy of Acura.

Under the hood, this machine gets the most potent engine in the TLX lineup to-date: a 3.5-liter V-6 putting out 267 ft lbs of torque and 290 hp.  All power is routed through a nine-speed automatic transmission and hits the ground via Acura’s torque-vectoring all-wheel-drive system, which can send power to each wheel as traction is needed.

Since only 360 units will be made, the limited-run PMC Edition TLX will surely be a collector car for decades to come. After all, it is not very often that one has the opportunity to purchase a hand-built Japanese passenger sedan.