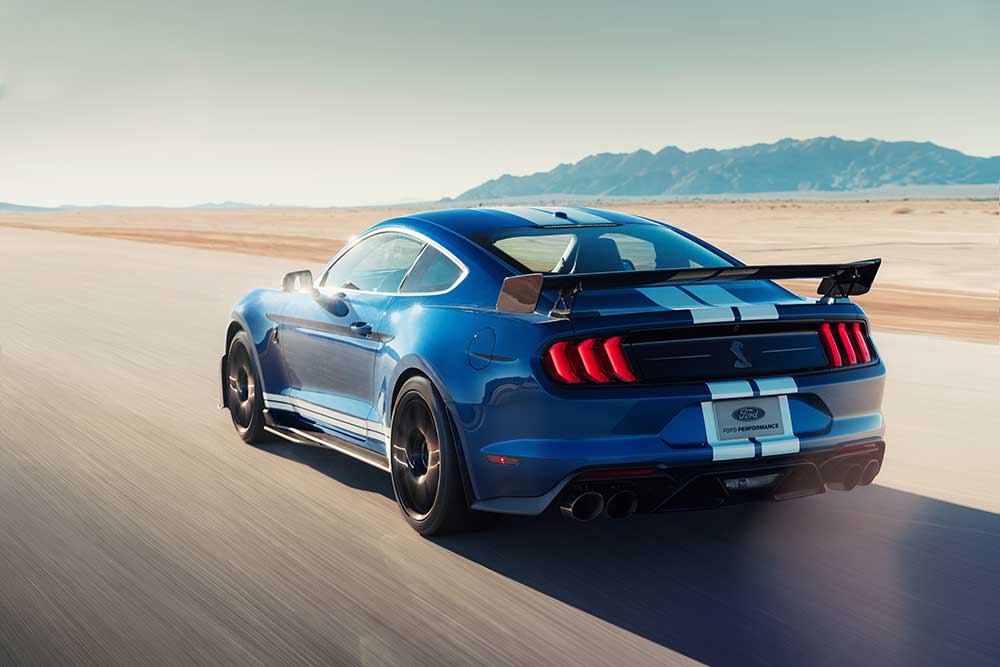 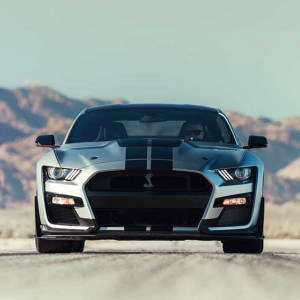 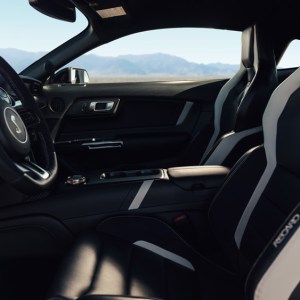 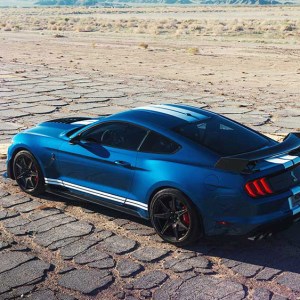 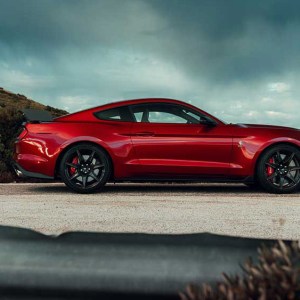 Shoving eye-watering amounts of horsepower into cars is what America does best, and it was only a matter of time before Ford joined the party. Meet the 2020 Ford Mustang Shelby GT500, packing more than 700 hp. While engineers from the Blue Oval declined to give the exact amount of galloping steeds beneath the bonnet when launching the ferocious-looking Pony car today at Detroit’s North American International Auto Show, there’s little doubt the Super Snake will be holding its own against Dodge Hellcats and Chevrolet Camaro ZL1s.

Still, we know plenty about the GT500, the most powerful Ford ever produced. (Break out the violins for all the 647 hp Ford GT supercar owners.) It won’t feature that glorious flat-plane-cranking, Voodoo power plant we know and love, but it will have a supercharged 5.2-liter V-8. An extremely supercharged V-8, in fact. Engineers tucked a 2.7-liter supercharger, good for up to 12 psi of forced induction, deep in the all-aluminum block in a wise move to help lower the center of gravity. Ford has also been mum on official torque numbers but pledges that the GT500 will surge from zero to 60 mph in the “mid-three-seconds” range, and rip through a quarter mile in under 11 seconds.

When deliveries of the GT500 start in the fall of this year, it won’t be long before we’re treated to videos of the Snake annihilating plenty of European imports in straight-line shoot-outs, but Ford also wanted the GT500 to be able to turn. Thus, the meteorological suspension that’s served the GT350 so well will carry over here. To keep the engine screaming at top speed through high-g corners, a trick oil pan with active baffles and high-flow cylinder heads make sure the fluids can get around.

If you’re going to go like a bat out of hell, you’d better be able to stop on a dime. Ford’s integrated the largest front brake rotors ever (on an American coupe) behind 20-inch wheels. Six-piston Brembos will chomp on those 16.5-inch discs, yanking you to a stop in a hurry.

Deliveries start in the fall of this year.  Photo: Courtesy of Ford Motor Company.

When it comes to the transmission, the save-the-manual club will have to pour one out for the GT500: It’s moving to a seven-speed DCT. That Tremec rower is the only option, and while Ford claims it’s harder to put down this much power with a stick, the DCT is also faster than you’ll ever be with a third pedal. Ford asserts that upshifts will arrive 100 milliseconds after you ask.

Two package options will be on the menu. The first is succinctly dubbed “Handling Package,” and affords adjustable strut top mounts and a small spoiler with a Gurney flap. The alternative is the Carbon Fiber Track Pack, which sees a positively enormous carbon-fiber decklid wing plucked from a Mustang GT4 car, adjustable for more downforce, and front splitter endplates. Also included are carbon-fiber wheels, which can help combat unsprung weight and rotational mass.