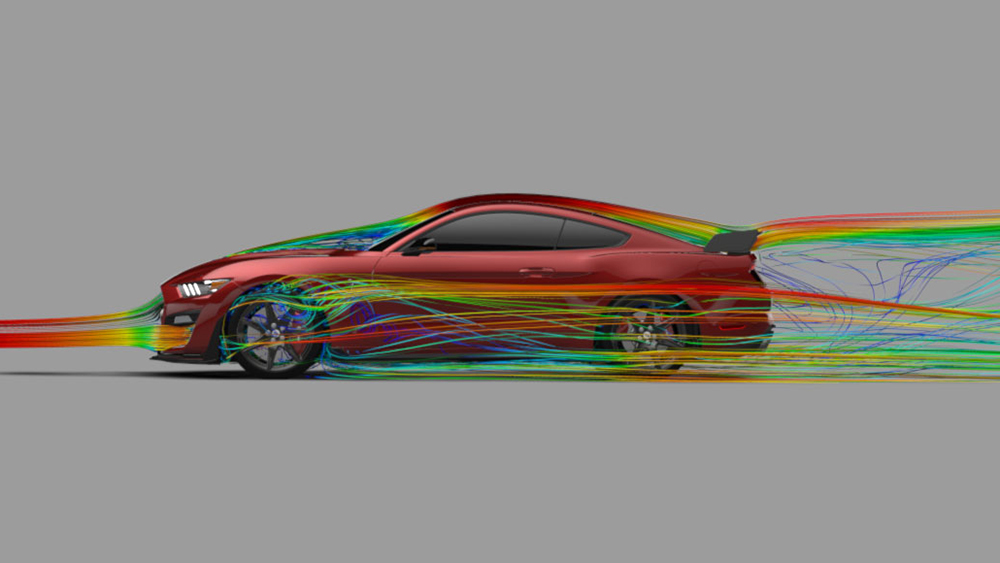 A lot of muscle car guys are about to lose bar bets. Anyone who thought the most powerful Mustang Ford will build, the Shelby GT500, would come standard with bragging rights to the fastest pony car will be sadly mistaken. Ford has just announced that the Shelby GT500’s top speed will be limited to 180 mph. For reference, the Chevrolet Camaro ZL1 has a top speed of 202 mph, while the ZL1 1LE is aerodynamically limited to 190 mph. The Dodge Challenger SRT Hellcat Redeye maxes out at 203 mph, in a very cute middle finger to the Camaro ZL1.

Why slap a governor on the 5.2-liter supercharged V-8, which is expected to have more than 700 horses available? (Ford has yet to confirm final power output specifications.) The short answer is to focus on all-around handling instead of straight-line power. Ford wants the Mustang to be able to turn. According to Car and Driver, Ford engineers have focused on cooling that giant mill and on imparting solid aerodynamic packages to ensure the GT500 is the most track-capable Mustang ever.

Starting with the standard wing, which isn’t fully a wing. Ford’s calling it a “swing;” a portmanteau of “spoiler” and “wing,” and it can be modified with an optional Handling Package, which adds a Gurney Flap and gives the car 379 pounds of downforce at the 180mph top speed. Not enough grip? Opt for the Carbon Fiber Track pack, which swaps the swing for a full GT4 wing, offering 550 pounds of downforce at max speed.

In terms of heat exchange, the new front fascia design will see double the amount of air dumping over that engine, and a removable rain tray helps mitigate pressure under the hood. A rear diffuser helps shuffle air under the car in a more tidy fashion, and some race-inspired coolers for the oil and transmission systems help keep the gauges in check, even if the GT500 is galloping at full tilt for elongated stints on the track.