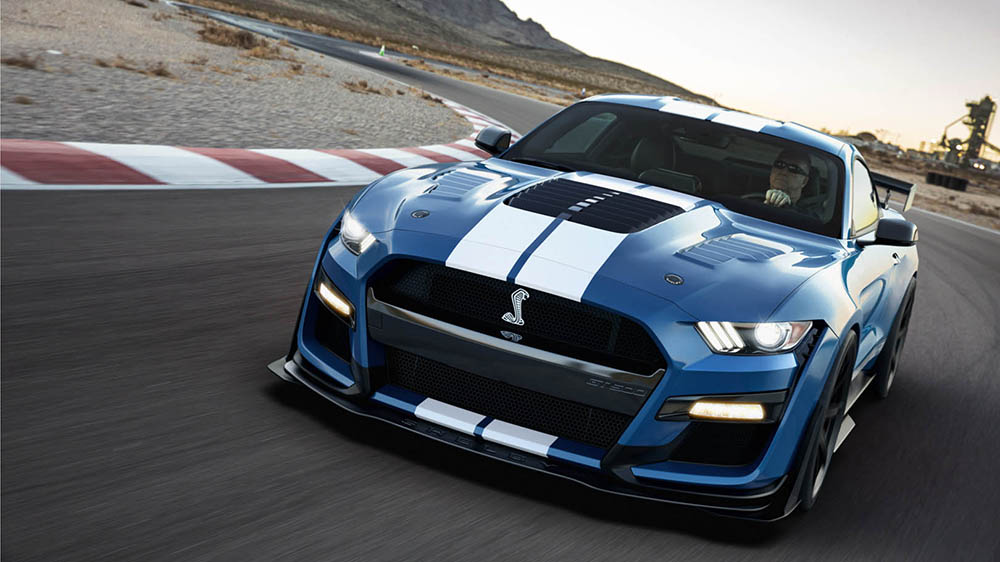 The Ford Mustang has changed a lot over its five-plus decades. And while the iconic nameplate is still synonymous with the American muscle car, it now also graces the company’s new fully electric crossover SUV. But Shelby American is doing everything it can to make sure no one ever forgets the ‘Stang’s roots.

The custom manufacturer has teamed up with the Detroit auto giant for the new Mustang Shelby GT500 Signature Edition, an ultra-exclusive muscle car with 800 horses under the hood, according to a press release. Past collaborations between the two companies have yielded head-turning performance, but it looks like they’ve really outdone themselves this time.

For their latest collab, Shelby and Ford have taken 2020 Ford Mustang Shelby GT500, already the automaker’s most powerful production car, and given it a serious performance upgrade. The custom manufacturer was able to get even more power out of the vehicle’s brawny supercharged 5.2-liter V8 by using a smaller supercharger pulley, upgrading its cooling system and switching it over to 93-octane pump gas, according to company executive, Vince LaViolette. Those changes have resulted in a more than 5 percent increase in power, which is really something since Car and Driver reports the “standard” version was already able to go from zero to 60 mph in 3.6 seconds and run the quarter mile in 11.4 seconds at 132 mph.

Of course, those engine tweaks aren’t the only performance-minded modifications you’ll find on the GT500SE. The vehicle sits lower than before, and has been outfitted with new front and rear springs and roll bars. It also features a new carbon-fiber hood with dramatic venting, with a wide body kit and carbon fiber package also available as options.

Inside the car, you’ll find deluxe leather seating adorned with the Carroll Shelby signature stitched into the seatbacks. Finally, the stately speed machine now sits on 20 inch forged-aluminum wheels covered with Michelin Pilot Sport 4S tires, though they can be upgraded to Cup 2 tires should you want something with a little more grip.

Under the hood of the Ford Mustang Shelby GT500SE  Shelby American

Shelby has committed to building 100 Signature editions each coming model year. The entire upgrade package, which includes a numbered plaque on the engine and dashboard, will cost $29,995, which brings the starting cost for the GT500SE to $101,490.