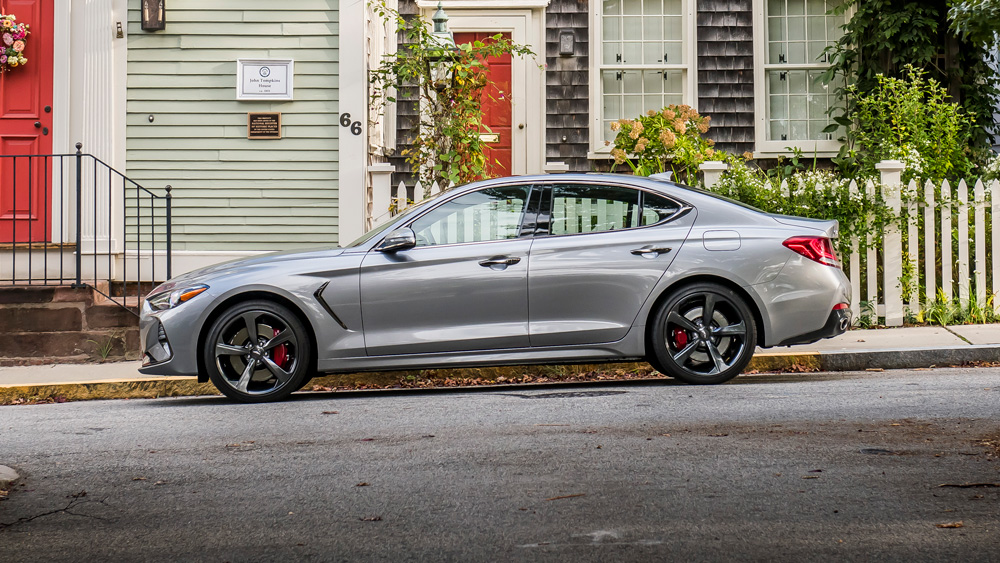 In time for fall, Genesis recently presented a new season for its G70 sedan. To do so, the South Korea–based marque showcased the third edition of the G series to the US market as part of the Audrain Newport Concours and Motor Week in Newport, R.I.

For 2020, Genesis has revamped the model by adding in features such as a power-operated trunk in the G70 3.3T Prestige and higher versions, two new standard color schemes—including Black Forest Green and Savile Silver—and 19-inch all-season tires.

The chassis of the vehicle is made with lightweight aluminum and complemented with strut tower reinforcement bars that were used to create a reduction in overall car weight, bringing the car to a more gravity-centered position. Genesis has also calibrated the suspension of the sedan to drive more like a sports car. The G70 lineup includes two power-train options, a 2.0-liter turbocharged four-cylinder or a 3.3-liter twin turbocharged V-6. The latter can reach zero to 60 mph in 4.5 seconds thanks to 365 hp and 376 ft lbs of torque.

Genesis has calibrated the G70’s suspension to drive more like a sports car.  Photo: Courtesy of Genesis.

Both the G70 2.0T and G70 3.3T variants come with an eight-speed automatic transmission, however, there is an optional six-speed manual transmission available on the four-cylinder, RWD model. This option allows car enthusiasts to experience all of the sport driving dynamics the G70 has to offer. The 3.3T version is also available with all-wheel drive. And both offer a choice of Sport or Prestige trim packages. With these new additions and upgrades, Genesis grows its presence in the luxury sports market but also positions the G70 as a benchmark to propel the company into a different category.

The G70’s navigation screen is hard to miss.  Photo: Courtesy of Genesis.

“The Genesis G70 was very significant for us because it’s a car in a fairly large, near-luxury segment,” says Erwin Raphael, Chief Operating Officer of Genesis. “We thought that if we designed a car that was beautiful, it was sexy but it performed incredibly well, that we could really attract people to the brand, and it’s doing just that. It is our number one seller and we see it as a foundation for establishing the brand for the future.”

Genesis has been growing its presence in the luxury sports market, as evidenced by the G70’s interior.  Photo: Courtesy of Genesis.

Genesis has also announced it is working on the new G80 and G90 models, as well as debuting the brand’s first-ever SUV. More to come in the future on these editions.