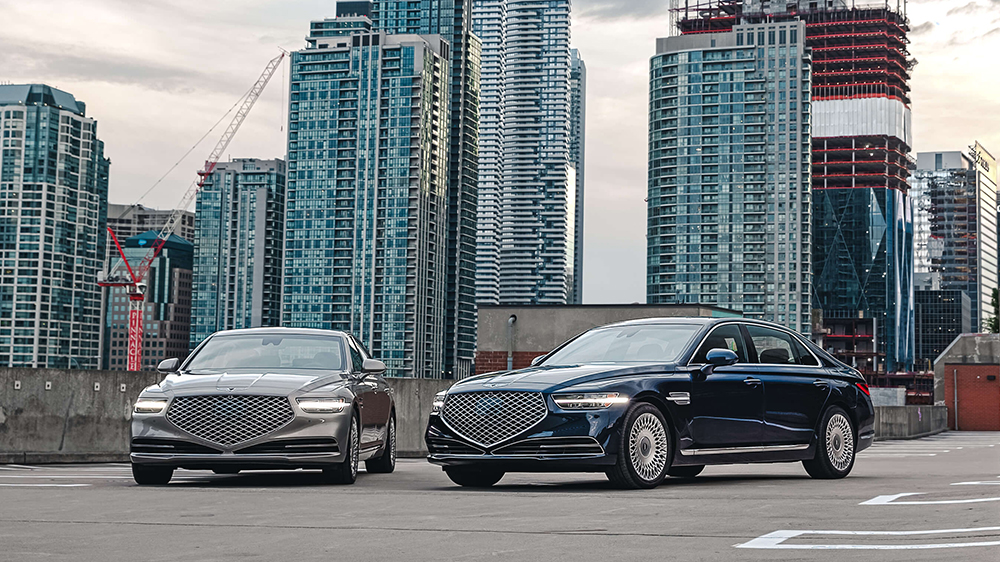 Having started to establish a foothold in the US, Genesis is hungry for more. Fresh off the introduction of the slick new G70, the South Korean automaker is poised to bring its radically redesigned G90 to American soil.

The updated version of the company’s flagship sedan will make its US debut later this month at the Los Angeles Auto Show, according to Car and Driver. The car was unveiled in Korea last year, but news about a potential US release has been scarce. Genesis did not immediately respond to a request for comment from Robb Report.

The car will differ most from its predecessor in style. The front showcases a completely fresh grille design and headlights, while the rear offers new full-width taillights (both sets of lights feature the company’s G-Matrix inner detailing). These changes, along with new wheels, result in a car that looks wider and sleeker than the previous G90. The vehicle’s luxurious interior also got an upgrade, offering new trim options and better connectivity from its 12.3-inch touchscreen infotainment system.

While US specs for the update G90 have yet to be unveiled, C&R notes that they should be similar to those of the already-announced Canadian market version. If so, customers will have their choice of power-trains, as they do with the G70: a 365-hp twin-turbo 3.3-liter V6 or a 420-hp naturally aspirated 5.0-liter V8. It also seems likely the standard 8-speed automatic transmission will come rear- and all-wheel drive options as well.

Thus far, there’s been no hint as to how much the car will cost, but you can expect it to be in the vicinity of the 2019 G90’s $70,345 starting price. Exact pricing and other details should start to filter out following the car’s debut. The 2019 Los Angeles Auto Show will take place from November 22 to December 1 at the city’s downtown convention center. So stay tuned.