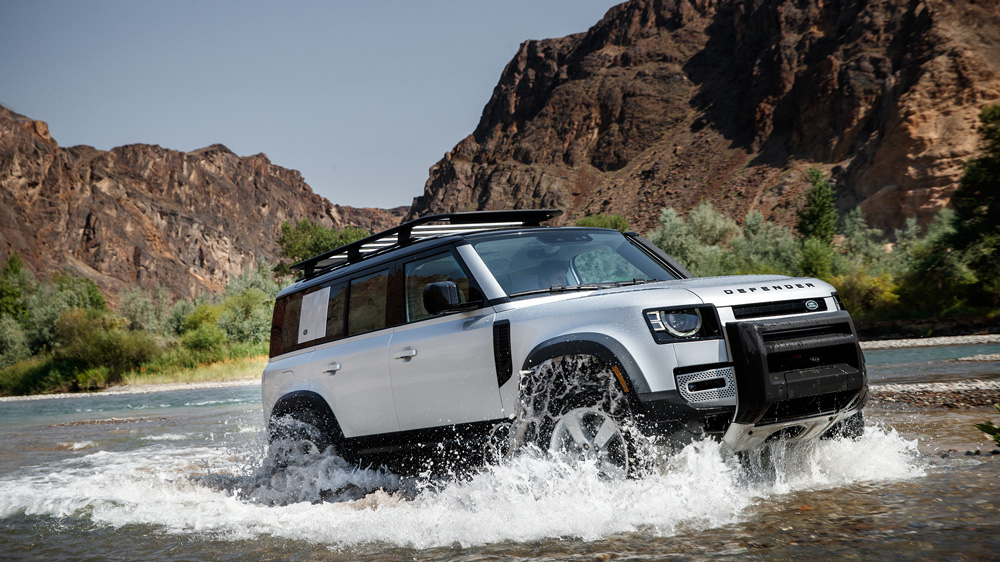 This morning, Land Rover officially announced that deliveries of the 2020 Defender have begun in the United States. The news marks both the return of a bygone era and the beginning of a, hopefully, bright future for the storied automaker.

Launched in 1948, Land Rover was Britain’s first mass-produced four-wheel drive vehicle with doors made for civilian use, and the chunky olive drab contraption quickly established a reputation for invincibility on every continent north of Antarctica.

An archaic automotive relic long before the last example rolled off the line, it nonetheless proved its mettle in the most inhospitable terrain, establishing Land Rover as a benchmark for long-lived durability. It was replaced by the Defender series in 1983, which soldiered on until 1997 in the US and 2016 worldwide. Today, the early Land Rovers have a fan club as dedicated as that of any sports car.

So, it seemed about time that the manufacturer would help acolytes scratch the itch for a brand-new Defender, which finally returns to North America after a 23-year hiatus. The Defender 90 and 110 (two- and four-door versions, respectively) join the Discovery and tony Range Rover series to become the third in the Land Rover family’s model lineup.

Without question, the new Defender 110 is a “chip off the old block”—a clear descendant featuring the boxy original’s endearing slab-sided shape. Purpose-built to be the most capable off-road Land Rover vehicle ever, it is enticingly priced from $49,900.

However, the 2020 Defender 110 really is an entirely new vehicle. It premieres the D7x aluminum platform that makes the body three times stiffer than the previous body-on-frame design, and features a fully independent electronic air suspension, twin-speed transfer box and permanent all-wheel drive. The heart under its stubby hood is a 2.0-liter turbocharged inline-four that makes 296 hp. And the Defender 110 X variant come with a 395 hp inline-six engine and features state-of-the-art All Terrain Progress Control.

The interior is far from the hair shirt and bed of nails recalled by the first Defender. While its designers have chosen to expose structural elements inside the pragmatic cabin, a new Pivi Pro infotainment system with 10-inch touchscreen interface brings the Defender 110 squarely into the 21st century.

Four optional Accessory Packs—Explorer, Adventure, Country and Urban—allow owners the opportunity to tailor their big box to suit specific needs. Land Rover gives enthusiastic buyers a choice of 170 individual accessories, including a front-bumper-mounted remote-control electric winch, enhanced exterior protection, an assortment of interior trim and even customized illuminated treadplates. In other words, the Defender lineup offers a blank slate on which to create a very personalized machine to meet the most challenging off-road conditions.