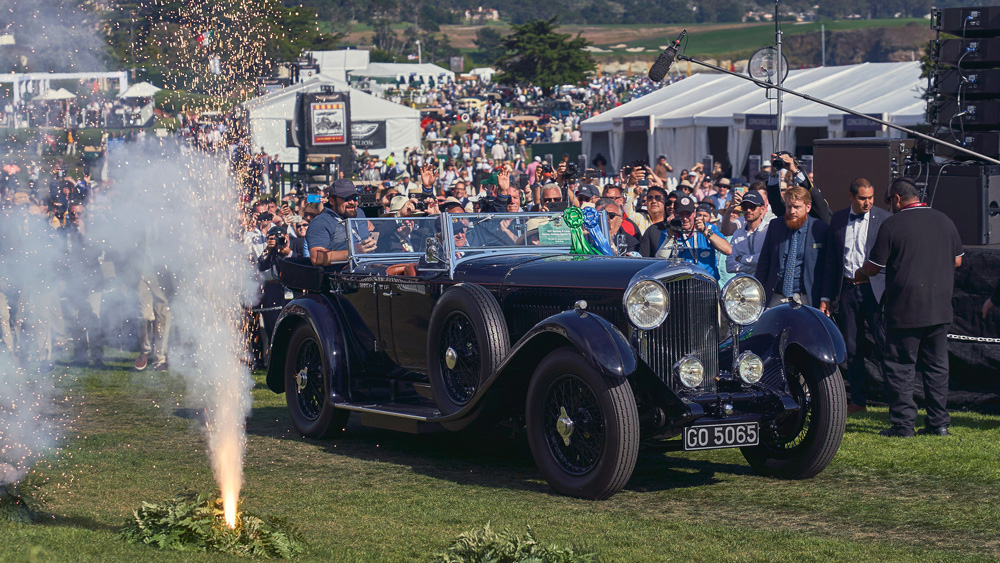 In yet another sign that life isn’t returning to normal anytime soon, the 2020 Pebble Beach Concours d’Elegance has been canceled. The world-renowned classic car event, and the highlight of the annual Monterey Car Week festivities, will be postponed until August 2021.

The cancellation of the 70th annual Concours was announced in a press release sent out on Wednesday night. Originally scheduled for August 16, the show will now be held on August 15 of next year.

“My heart goes out to all of the people who are involved in the Pebble Beach Concours and who are impacted by this decision,” chairman Sandra Button said in a statement. “Many of our entrants have been working on a special car for years, and this was to be their moment. Some of our overseas entrants were nearing the point of putting their cars on boats and planes, and their own travel arrangements have long been made. The same is true for many of our international cadre of judges.”

According to organizers, the selection process for this year’s event has already been completed, with entrants having been notified of their acceptance earlier this month. Those acceptance letters stressed that the selected vehicles were invited to appear at the 70th anniversary celebration, even if it were to be delayed. Presumably, that means that entrants will keep their places for the 2021 event.

As a result of the Concours cancellation, Gooding & Company announced on Thursday morning that it was postponing its annual Pebble Beach auctions. In a statement, the company’s founder and president David Gooding said: “We are saddened to delay such a momentous event, but we believe in putting the safety of our community first.”

While Monterey Car Week has yet to be officially called off, it also seems unlikely to be held this year following the cancellation of the Concours, reports Jalopnik. Wednesday’s announcement comes one week after the cancellation of another Monterey staple, the annual Legends of the Autobahn festival for German cars.