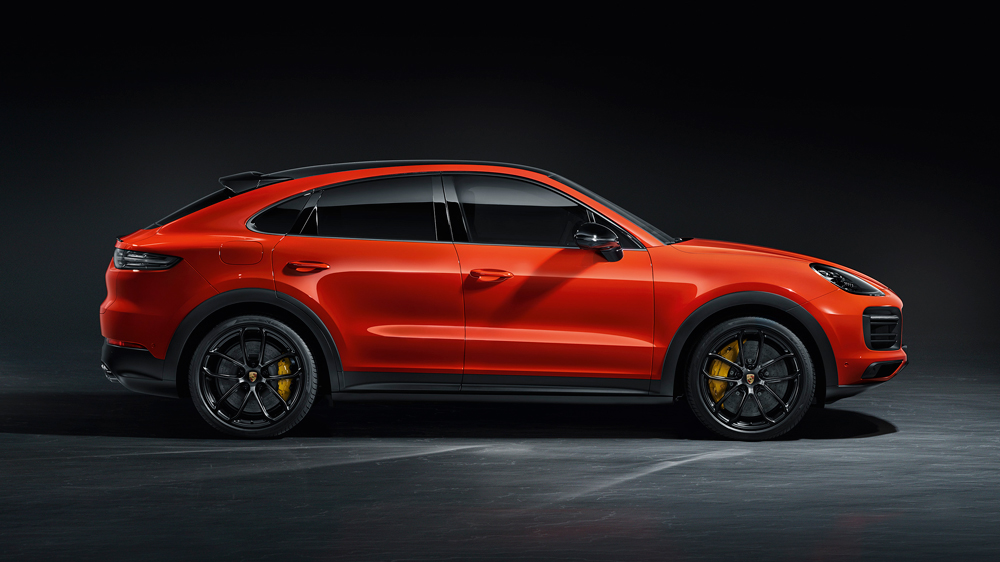 When the first-ever Porsche Cayenne was launched in 2002, cries of heresy by marque enthusiasts were heard from every quarter. But it didn’t take long for the SUV segment to dominate the luxury marketplace, and today, the big Cayenne’s little brother—the Porsche Macan—is the best-selling model in the manufacturer’s lineup.

Model year 2018 saw the Cayenne evolve into its third generation, with model variants that included a Turbo and an E-Hybrid. From the get-go, every Cayenne has struck us as more amorphous than stylish, in deference to utility and passenger-carrying capacity. Absent from the range has been a four-door Coupe model—until now. Four-door coupe designs are rarities in the SUV universe, and for Porsche, offering a sharper, more sporting Cayenne is a bold move. Oliver Blume, chairman of the Porsche AG Executive Board, elaborates, “The Coupe includes all the technical highlights of the current Cayenne, but has an even more dynamic design and new technical details that position it as more progressive, athletic, and emotional.”

Porsche takes aerodynamics seriously in the new Cayenne Coupe, which appears lower than the Cayenne, too, due in part to a shallower front windshield. Readily apparent is the steeply sloping roofline fitted with an adaptive roof spoiler, in addition to an adaptive rear spoiler. The roof itself is of panoramic glass with an integrated sunshade, or carbon fiber, which is optionally available as part of three lightweight sports packages.

These packages also include 22-inch GT Design wheels, and interiors that feature Alcantara and carbon-fiber accents, along with stylish seat centers in a classic hounds-tooth pattern called Pepita. Front sport seats are standard, while two rear passengers sit on a bench seat configured as individual seats. Alternately, comfort rear seats are available as a no-cost option.

Complementing the sporty stance of the Cayenne Coupe are two engine offerings, both with the Sport Chrono Package as standard, for a little extra zip. The base model is equipped with a 3.0-liter, single-turbo V-6 that delivers 335 hp and a respectable 332 ft lbs of torque. With the Cayenne Turbo Coupe, things get interesting, as it’s powered by a 4.0-liter, twin-turbo V-8 that makes 541 hp and an impressive 567 ft lbs of torque. No slowpoke, it gets from a standstill to 60 mph in 3.7 seconds, and tops out at 178 mph.

The Driver’s-eye view inside the Cayenne Coupe.  Photo: Courtesy of Porsche AG.

Could Porsche’s 2020 Cayenne Coupe be its perfect sporty SUV? We’ll have to wait and see when it finally appears in U.S. showrooms this fall. Starting prices are $75,300 and $130,100 for the Coupe and Turbo Coupe, respectively.