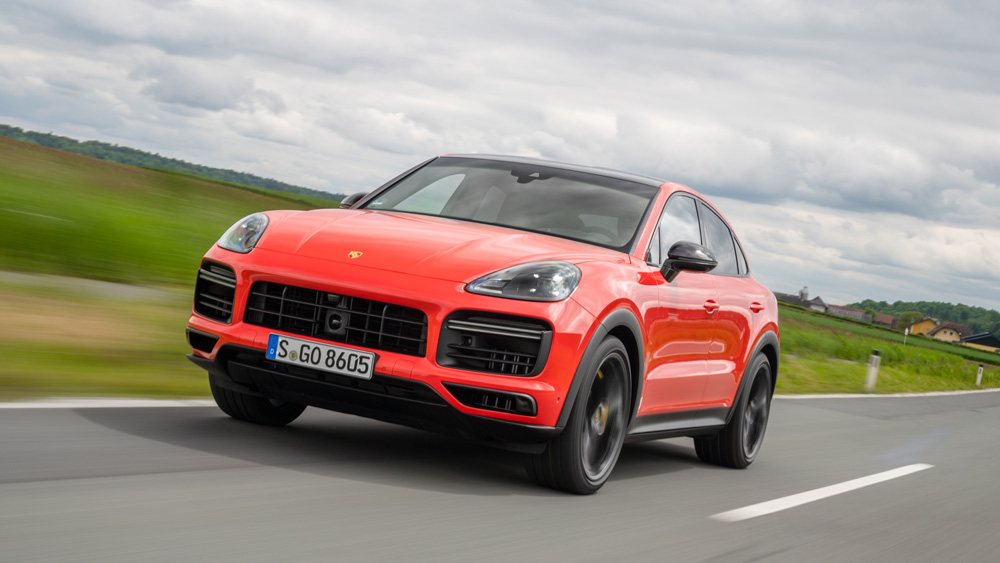 Shortly after taking delivery of a new 911 Carrera in the early 2000s, I remember receiving a fancy package in the mail containing a VCR tape. Though anachronistic as an abacus is today, at the time it was as irresistible as a message in a bottle from the Porsche mothership. But watching the tape, I was struck with a combination of disbelief and indignity. Porsche was trying to sell me an SUV.

Soon afterward, I drove the first-generation Cayenne for Robb Report, and it was apparent that I’d gotten it all wrong: First, Porsche had done a remarkable job changing up the SUV game; and, second, the Cayenne was a real Porsche, meaning that its performance, fit and finish reflected the standard of excellence that 911 owners had come to expect from the manufacturer. Though the Cayenne’s aesthetic merits remained an acquired taste—form following function and all that designspeak—there was no question that this thing was quick, capable and more fun to drive than any SUV had a right to be.

Apart from sui generis models like the 918 Spyder or the new Taycan EV, Porsche typically makes incremental improvements to its model lines. So, while every new generation of 911, Boxster or Cayenne represents an evolutionary gain, visible changes are often subtle. Like having a housekeeper who enjoys just a nip from the liquor cabinet during every visit, it often takes time to realize things aren’t quite the same as they used to be.

It was just like that when Porsche dropped off the new 2020 Cayenne Turbo Coupe and I reflected on the many Cayenne models I’ve driven in the past 18 years. Some, like the second-generation GTS, with V-8 engine and six-speed manual gearbox, hit a particular sweet spot. The Turbos S models have been friendly monsters all along. The third-generation Cayenne, in the U.S. since 2019, raises the bar once again, getting extra points for its fresh appearance. The new Turbo S E-Hybrid is the king-of-the-Cayenne hill; with 671 combined hp, it satiates performance-hungry owners while absolving their guilt of power-lust with a hybrid hall pass.

“And now for something completely different,” as the folks at Monty Python would say. The Porsche Cayenne Coupe comes along to trade some SUV-ness for a more traditional Porsche shape. Of course, you have to squint your eyes to envision a 911 in profile, but with a little effort, it’s clear that the family genes are there. Sportier and more stylish than other Cayenne variants, the Coupe’s bodywork is all new from the A-pillar back, with a sloping roofline almost an inch lower, a slightly wider rear track, flared fender arches and revised rear doors. A fixed roof-edge spoiler is complemented by an adaptive, rear deck spoiler that extends, performing its aerodynamic antics at speeds above 56 mph, offering visual drama to match the practical advantages of the device.

Sportier than other Cayenne variants, the Coupe’s bodywork is all new from the A-pillar back.  Photo: Courtesy of Porsche AG.

The “sportier” aspect is seen in the car’s sharper proportions; most apparent when the Coupe and its progenitor are parked side-by-side. It’s also felt by rear occupants, to the extent that headroom isn’t as ample as with the standard Cayenne, nor is rear cargo space. But from the driver’s seat, this is the Cayenne to have, if for no other reason than for its performance-focused intentions. Truth be told, both Cayenne carlines—as with the Panamera and Panamera Sport Turismo—are far more similar than not, leaving buyers to decide based primarily on which aesthetics they prefer.

Like the Cayenne, the Cayenne Coupe comes in mild to wild versions. The base V-6 is a single-turbo design with MSRP from $75,300. An E-Hybrid Coupe, followed by an S Coupe, a Turbo Coupe and Turbo S E-Hybrid Coupe with MSRP from $164,400, round out the line. Today, all Cayenne and Cayenne Coupe models are assembled at Porsche’s plant in Bratislava, Slovakia, with 55 percent of parts—including engines and transmissions—originating in Germany.

Standard equipment includes a fixed panoramic glass sunroof, which gets swapped out for a contoured carbon-fiber roof that comes with one of the optional Lightweight Sport Packages, which start at a little under $12,000. That package includes 22-inch GT Design wheels, Sport Design front and rear bodywork, side skirts and rear diffusor. On the Turbo Coupe, the package comes with a sport exhaust system whose note is further amplified by reduced sound insulation in the car’s body. In the cabin, houndstooth-pattern inserts—both front and rear—add some retro flair to the heavily bolstered sport seats, with a three-seat bench option available in the rear at no charge. Carbon-fiber trim and lots of Alcantara enhance the Lightweight Sport Package, which, in the Turbo Coupe, sheds 48 pounds and gains a lower center of gravity in the bargain.

Our Cayenne Turbo Coupe, with a $130,100 base MSRP and total price of $145,110 as equipped, was painted brilliant Lava Orange, a $3,150 option not available on non-Coupe Cayenne models. The color—an arresting non-metallic orange—had me imagining a giant cooked lobster. With its piercing headlamps, gill-like front air intakes and articulating spoiler-tail, thoughts flashed to a denizen of Ruth’s Chris aquarium that failed to escape the net of a determined chef. Many observers remarked, from an acceptable social distance, how much they loved the look, corroborated by multiple thumbs-up from other drivers.

Although not able to vouch for Porsche’s new 335 hp V-6, I can say that the twin-turbo, 4.0-liter V-8 engine is brilliant. With 541 hp and 567 ft lbs of torque from 1,960 rpm, it pulls and pulls, accelerating from a full stop to 60 mph in about 3.7 seconds without the Lightweight Sports Package, which shaves a tenth off the time.

The top track speed of 177 mph is impressive, though we didn’t break the three-digit barrier, despite empty LA freeways and speeding lunatics aplenty. (What is it about lockdown that seems to encourage lawless driving among so many motorists?)

While our Turbo Coupe was not equipped with the Lightweight Sport Package, it did have optional 21-inch RS Spyder wheels, a sport exhaust system and Porsche Dynamic Chassis Control (PDCC). The latter applies active roll stabilization by adjusting the torsional rigidity of front and rear anti-roll bars, maintaining optimal traction on- and off-road. Optional Porsche Torque Vectoring Plus (PTV+) enhances steering agility and response even further. Standard are Porsche Surface Coated Brakes, identified by white brake calipers and tungsten-carbide-coated discs. Not only do they provide better friction than cast iron, they acquire a gleaming chrome-like surface; a striking effect behind the minimalist sport wheels.

Inside, 18-way sport seats are ideal for spirited driving and equally comfortable for the long haul. Like the Panamera, the Cayenne gets the Porsche Advanced Cockpit, featuring an instrument cluster dominated by full-HD displays for all instruments except the tach, the only analog instrument in the vehicle (unless an occupant is wearing a watch with hands that circle the dial). More digital action happens on a 12.3-inch touchscreen in the center console. I’ll spare the rant about buried sub-menus and customizable info-widgets, but plan to spend a weekend cozying up with your owner’s manual.

In the real world (whatever that amounts to at present), the Cayenne Turbo Coupe is the perfect freeway flyer. Its size and height are sufficient to command its place in the fast lane and provide line-of-sight over most other traffic. Depending on the selected drive mode and suspension setting, its ride can be anywhere from sports-car responsive to limousine luxurious.

But it’s when the off-ramp leads to a canyon that the Cayenne Turbo Coupe’s Porsche bloodline becomes apparent. Yes, it’s big compared to a 911 but, oddly, feels far less massive than it really is. Its nimble handling belies its size, thanks in part to Porsche Active Suspension Management (PASM) and responsive speed-sensitive power steering that provides plenty of feedback. Acceleration is brutal—in every way that’s good—and when stopping is in order, it’s hard to imagine a need for the optional Porsche Carbon Ceramic Brakes, so competent are the new surface-coated binders.

We didn’t get down to dirty business with the Cayenne Turbo Coupe, which offers four off-road modes: Gravel, Mud, Sand and Rock, and an optional off-road package that adds protection to the underbelly. Pitching our pristine orange specimen into the cauldron of all-terrain adventure just seemed too… barbaric. But we hear it’s a delicious experience for those who want to get a real taste of the Cayenne Turbo Coupe.