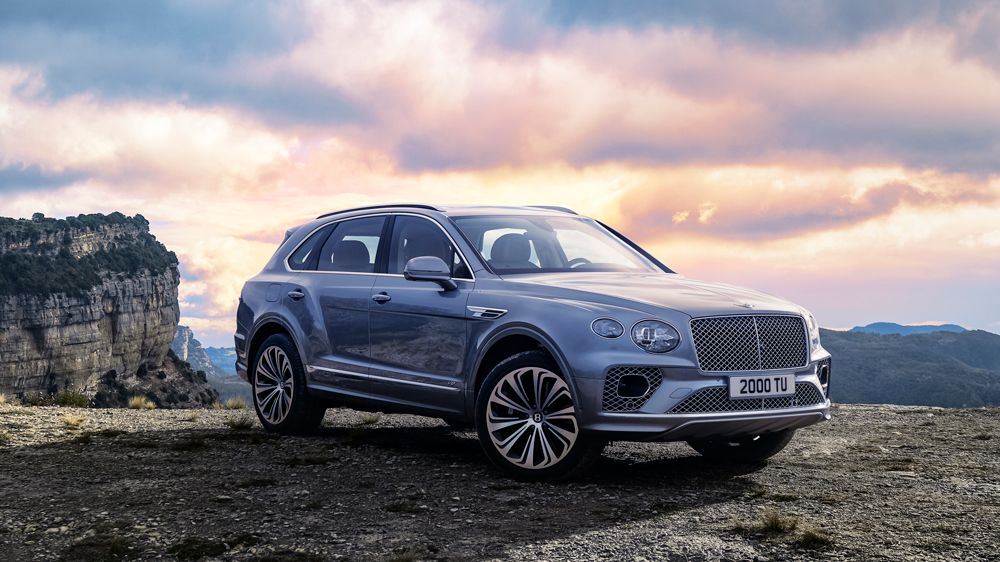 When Bentley first introduced the Bentayga for 2016, the luxury brand set a new benchmark for how opulent a production SUV could be. As the category of vehicle remains as popular as an open bar at a wedding reception, introducing a new model to such a thirsty market is pretty much a recipe for success, even if that SUV often commands more than $200,000.

Since its introduction, the Bentayga has seen more than 20,000 examples sold, but oddly enough, according to last year’s sales figures, the Bentayga was not the brand’s most popular model. That title went to the Continental GT, which was completely redesigned just a couple of years ago. One reason why the Bentayga isn’t more popular could be because of its polarizing design. But that’s all about to change.

Behold the updated 2021 Bentley Bentayga. At first glance, it’s abundantly clear the brand took the refreshed SUV’s aesthetic inspiration from the well-received Continental GT. The Conti’s sleek design cues work well on the off-roader, especially at the rear. The elliptical taillights are reminiscent of a fighter jet’s afterburners, and are a radical departure from last year’s rectangular units that appeared to have the same amount of design inspiration as an IRS form.

Other exterior changes in appearance include a larger, more upright grille flanked by higher-mounted, cut-crystal headlights, as well as a new wheel design, larger tailpipes and the license plate relocated from the tailgate down to the bumper. The design changes keep the Bentayga pretty aerodynamic for an SUV, as it boasts a decent 0.34 drag coefficient, helping one variant achieve a top speed of 190 mph.

Bentley flew me to London in March to check out the updates, and the exterior design alterations are just as striking in person as they are in photos. The interior appears less revised at first glance, but there are several important changes in there, too. Cabin tech is now in line with the latest trends, starting with a new 10.9-inch touchscreen featuring wireless Apple CarPlay and Android Auto. There’s also a new wireless phone charger and signal booster located at the base of the redesigned center stack. If you prefer to go the wired route, you’re covered with up to six USB-C slots spread throughout the cabin. Rounding out the tech updates is an improved head-up display that can project more info into the windscreen. Also ahead of the driver sits a new digital instrument cluster.

The interior has been given a new steering wheel, door trim and seat design.  Photo: Courtesy of Bentley Motors Limited.

Less noticeable inside are the new steering wheel, door trim and seat designs, but passengers at the back will be able to feel more recline angle and the five-occupant Bentayga now offers available ventilated rear seats, which were formerly offered only with the four-seat arrangement. The new setup is also more comfortable this year, with up to 3.93 inches of additional knee room than before. And the Bentayga will still be offered with a third row of seats, thus increasing total occupancy to seven.

The 2021 Bentley Bentayga will go on sale in the third quarter of this year. The first one to arrive will be the V8 model, starting at $177,000. Pricing on other versions has yet to be announced but is expected to be roughly 5 percent more than the 2020 line. Engine specs are carryover, which means the 4.0-liter, twin-turbo V-8 remains good for 542 hp and 568 ft lbs of torque. That’s enough for a zero-to-60 mph time of 4.4 seconds, the ability to cover zero to 100 mph in 9.9 seconds and reach a top speed of 180 mph. Not too shabby for a 5,326-pound behemoth. The plug-in hybrid and W12 Speed variants will follow later this year.