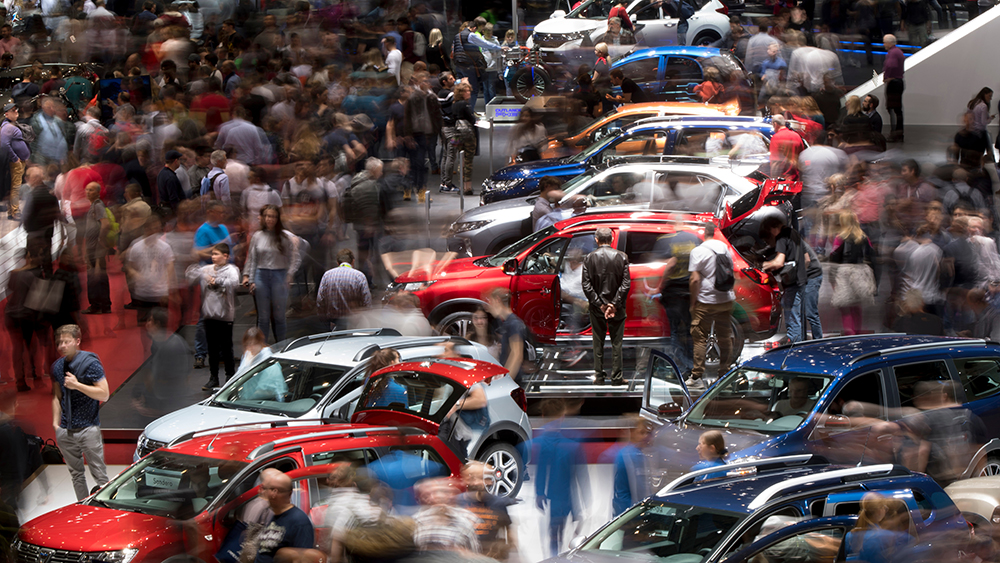 The 2020 Geneva International Motor Show was one of the first major auto events canceled because of the coronavirus outbreak. And now, organizers have decided to pull the plug on next year’s edition of the convention as well.

Even though the glitzy annual event isn’t for another nine months, group that put the annual show together felt it had no choice but to cancel the 2021 installment, reports CNBC. Organizers also announced that they intent to sell the entire operation.

The Committee and Council of the Foundation “Salon International de l’Automobile” cited a lack of interest in the show as the main reason for its cancellation. The group surveyed exhibitors and found that a majority said they probably would not participate next year and would prefer that it be postponed until 2022, according to a press release.

In the same statement, organizers announced their intention to sell the entire auto show to the owners of the Palexpo conference center in Geneva where the annual event is held. They called the sale their “preferred solution,” saying that they believe it will ensure that the show lives on.

The decisions come as the auto companies start to re-evaluate how they spend money on advertising and marketing in a post-Covid-19 world. In the past, events like the Geneva Motor Show represented an opportunity for automakers to unveil their newest and most exciting vehicles and features in lavish settings. But with massive in-person gatherings unsafe for the time being, brands have relied on small off-site events and online debuts instead.

“The automotive sector is currently going through a difficult phase, and exhibitors need time to recover from the effects of the pandemic,” organizers said in a statement. “Furthermore, it is far from certain that the current health situation would permit the organization of an event attracting more than 600,000 visitors and 10,000 journalists next spring.”

This year’s Geneva Motor Show, easily one of the biggest events on the auto calendar, was canceled in February days before it was set to open after the Swiss government banned gatherings of more than 1,000 people because of the global pandemic. In the months since, other major auto events, like the New York Auto Show the Detroit Auto Show, have been called off. It remains to be seen whether those events will follow the Geneva show’s lead and cancel their 2021 editions.