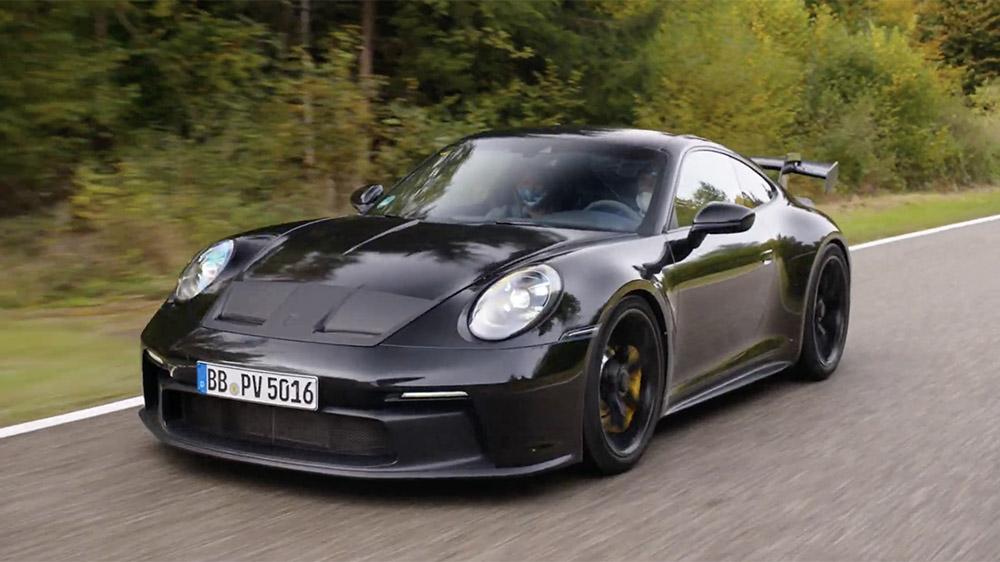 If the 992-generation Porsche 911 was once the marque’s most accessible model, the 2021 edition is coming to shake things up.

On Wednesday, the Carfection YouTube channel offered up a first look at the 2021 GT3, and it looks as if the car was designed specifically with the German automaker’s most diehard fans in mind. That’s because the high-performance variant features a massive flat-six engine, a giant rear wing and the option of a manual transmission. If you like cars with serious oomph (and literal flair), there won’t be many better options to choose from next year.

Based on the first look at a prototype of the sports car, it appears that the first GT of the 992 generation is going to please Porsche loyalists. The chief reason? It will come with a naturally aspirated 4.0-liter flat-six engine, according to Car and Driver. Mated to either a seven-speed PDK dual-clutch automatic or an optional six-speed manual transmission, the car’s powerhouse will be capable of churning out more than 500 horsepower and rev at a maximum of 9,000 rpm.

That’s not the only major mechanical difference between the 911 and the GT3. The powerful variant will also feature a racing-inspired, double-wishbone front suspension, a first for the sports car. And while the new GT3 is technically larger than the previous iteration, it weighs in at 3,100 pounds thanks to some design tweaks, a carbon-fiber frunk and lighter-weight glass.

As for the design, the new GT3 looks like a more sculpted version of the 992-generation 911. Photos of the prototype provided by Porsche show it has larger fenders, a more aerodynamic hood and a larger front air intake. The biggest difference, though, is a giant rear wing that gives the GT3 a much more athletic look. Inside, the marque has made only minor changes. There appears to be a repositioned gauge cluster that’s easier to read and a more traditional shifter located in the center console, along with wheel-mounted paddle shifters.

Porsche has yet to announce a release date for the new 911 GT3, but we’d expect it to be in the near future given that the car will be part of the marque’s 2021 model class. Prices have not been revealed as of writing, but the cost for this model will likely fall somewhere in the ballpark of the last GT3, which started at $145,000.