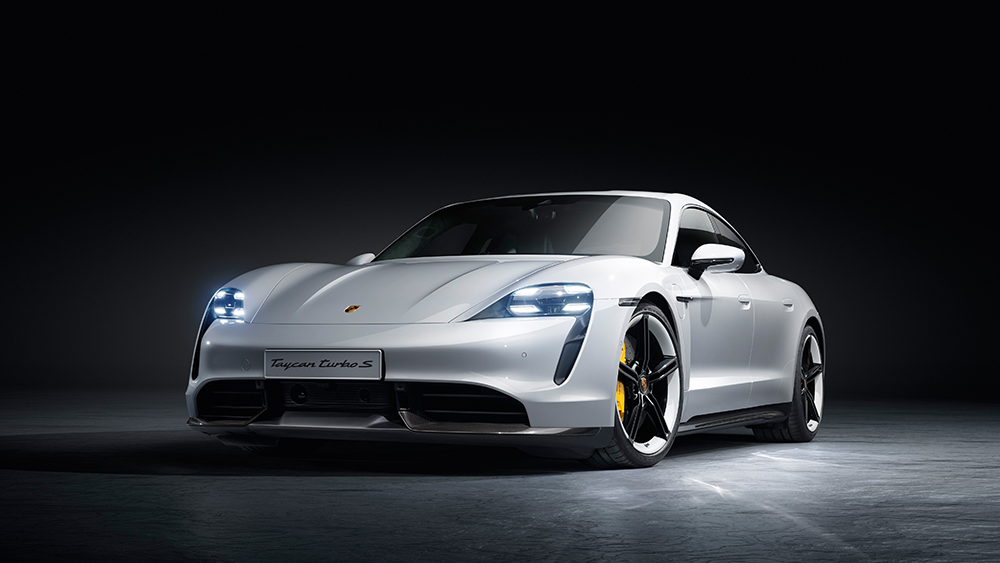 What a difference a year makes. It’s been less than 12 months since Porsche revealed its first electric sedan, but the automaker has already announced the Taycan 2.0. The new and improved 2021 model, which is expected to roll out in mid-October, offers a spate of new features, tech updates, and, most importantly, faster sprints.

First and foremost, let’s talk about speed. The range-topping Turbo S can zoom from a standstill to 124 mph in just 9.6 seconds if the Launch Control is turned on. That’s 0.2 seconds faster than the 2020 Turbo S. The speedster also eclipsed its predecessor’s quarter-mile time by a tenth of a second, finishing the run in just 10.7 seconds.

Porsche says the new model is better on power, too. The new “Charging while preserving the battery” function extends the battery’s service life and reduces the overall power loss. The car also comes with an optional 22-kW onboard charger that recharges in around half the time it takes the standard 11-kW charger. This means you can get your juice quickly and get back on the road.

The EV will be offered with a new color head-up display that can be set up to show maps, power or other pre-sets selected by the driver. It will also be fitted with a Smartlift function (adaptive air suspension) that can adjust the car’s height based on location for a more comfortable and efficient ride.

The marque will offer optional over-the-air updates that owners can get via subscriptions. These include features such as Active Lane-Keep Assist, which keeps the vehicle in the center of the lane; the Porsche Intelligent Range Manager, which works out the shortest possible traveling time; InnoDrive, basically a more advanced cruise control; and Power Steering Plus that gives stronger steering support. Taycan drivers can either opt for a monthly subscription or pay a one-time fee for these options. They vary in price, but most monthly subscriptions are between $10 to $20 while the one-off fees are in the ballpark of $300 to $500.

According to Porsche, the new Taycan will be available to order from mid-September and will start arriving in showrooms a month later.