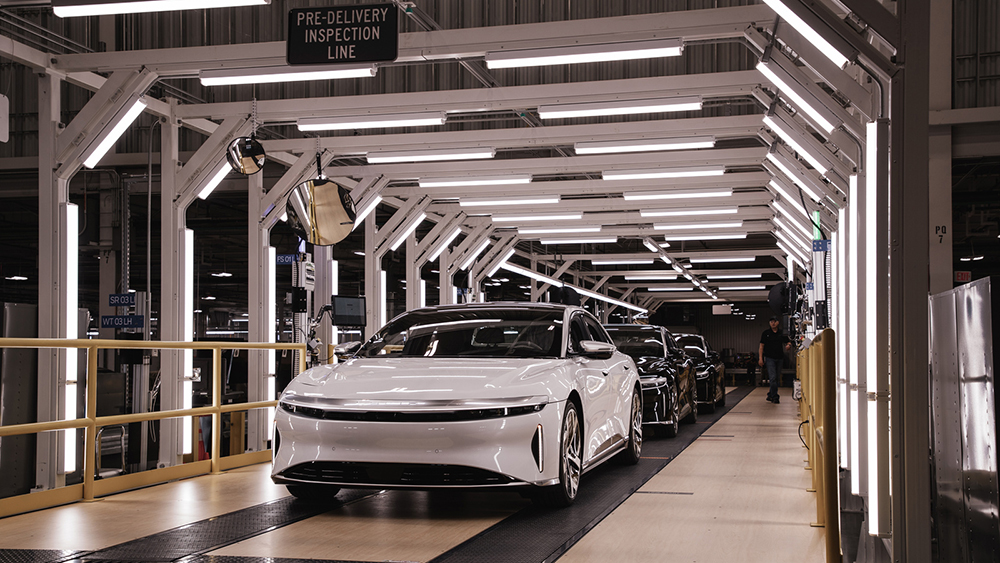 After years of anticipation, the Lucid Air is finally hitting the roads.

Lucid Motors has confirmed that production of the all-new luxury EV is now underway at its gleaming new factory in Casa Grande, Arizona. The first lot of customer cars, known as the 2022 Lucid Air Dream Edition, rolled off the assembly line on Tuesday, with deliveries slated to begin in late October.

Limited to 520, this $169,000 four-wheeler is a high-powered riff on Lucid’s flagship electric sedan and boasts an industry-leading range of up to 520 miles, according to the Environmental Protection Agency (EPA). That makes it the longest-range, battery-powered vehicle the agency has ever rated. On top of that, Lucid claims the Dream Edition’s quad-motor powertrain can churn out a gutsy 1,111 hp for a top speed of 168 mph.

The plant will also produce the $139,000 Lucid Air Grand Touring, which is reportedly good for 800 horses and has a range of up to 516 miles, along with the Touring and Air Pure models. Lucid says it’s received more than 13,000 reservations of the entry-level Lucid Air sedan (priced at $77,400) to date, which will likely roll out after the high-end versions.

The new Arizona factory, which is set across a sprawling 590-acre site, will comprise an Advanced Manufacturing Plant (AMP-1) and a Lucid Powertrain Manufacturing (LPM-1) facility that will allow the marque to build all the necessary components in-house to theoretically speed up production and save on costs.

“Our technology will allow for increasingly lighter, more efficient, and less expensive EVs, and today represents a major step in our journey to expand the accessibility of more sustainable transportation,” Peter Rawlinson, CEO and CTO of Lucid Group, said in a statement. “I’m delighted that production cars endowed with this level of efficiency are currently driving off our factory line.”

While it’s a major milestone for Lucid, which went public earlier this year, it’s not the only EV start-up to be building a fleet. Just two weeks ago, Rivian started production of its first vehicle, the R1T pickup, at a factory in Normal, Illinois.