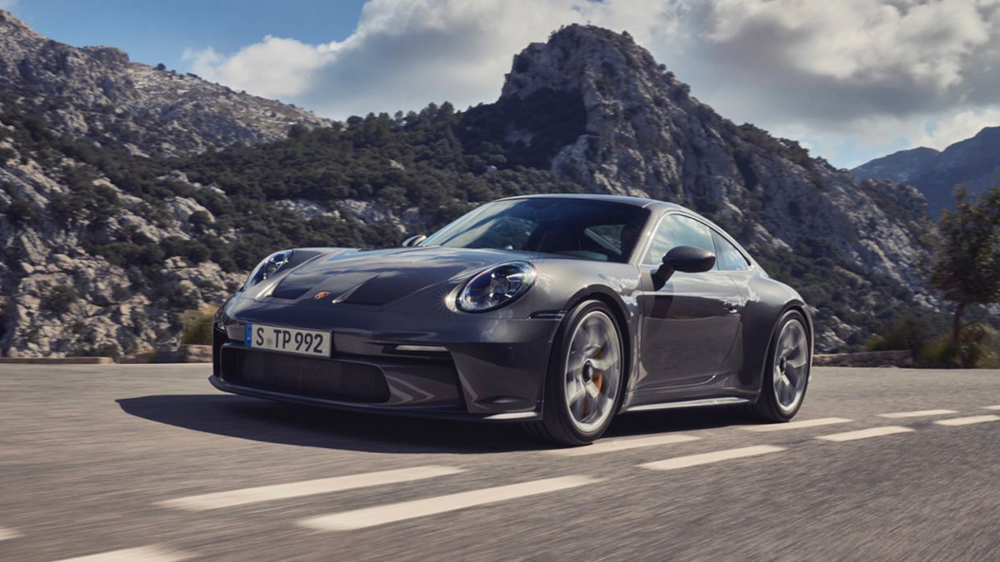 Sports cars don’t come much bolder than the 2022 Porsche 911 GT3. But the German automaker clearly understands that some enthusiasts prefer their sports cars to show a little more outward restraint.

Enter the the 992-generation 911 GT3 Touring, which Porsche unveiled on Tuesday. Although it does away with the base model’s trademark giant look-at-me rear wing, the sophisticated speed machine still comes with a naturally aspirated mill that can deliver a brutish 502 horses.

The GT3’s manually adjustable swan-neck rear wing is one of its most striking features—and helps the car produce 150 percent more downforce than its predecessor—but it’s definitely not for everyone. Porsche has completely done away with it for the Touring package, replacing it with a subtle rear spoiler that can be adjusted via car’s infotainment system. The variant also features silver trim around the windows, a color-matched front-end, a standard black-on-black interior and special badging, but otherwise looks the same as the standard GT3.

Inside the 911 GT3 Touring  Porsche

Porsche has also seen fit to leave everything out of view untouched, and with good reason. Both versions of the vehicle are powered by a naturally aspirated, 4.0-liter flat-six engine borrowed from the GT3 Cup race car. That 502 hp mill also produces 346 ft lbs of torque and can rev at a maximum of 9,000 rpm. The car comes with a PDK double clutch automatic transmission standard, but a mechanical gearbox is available as an option (except in California where the GT3 with a stick shift is considered too loud for the roads).

Porsche hasn’t released performance numbers for the GT3 Touring, but we expect they’ll be pretty close to the standard GT3, which is one of the marque’s fastest street-legal production vehicles. The automatic-equipped version can jet from zero to 60 mph in just 3.2 second and reach a top speed of 197 mph. Even more impressive, it completed a lap around the 12.94-mile Nürburgring circuit in 6:59.927 minutes, which is a full 17 seconds quicker than the 991-generation GT3.

The GT3 Touring will arrive in the US early next year. Porsche is now taking orders for the sports car, which will start at $162,450, the same price as the standard GT3. Apparently, there’s no discount for going wingless.