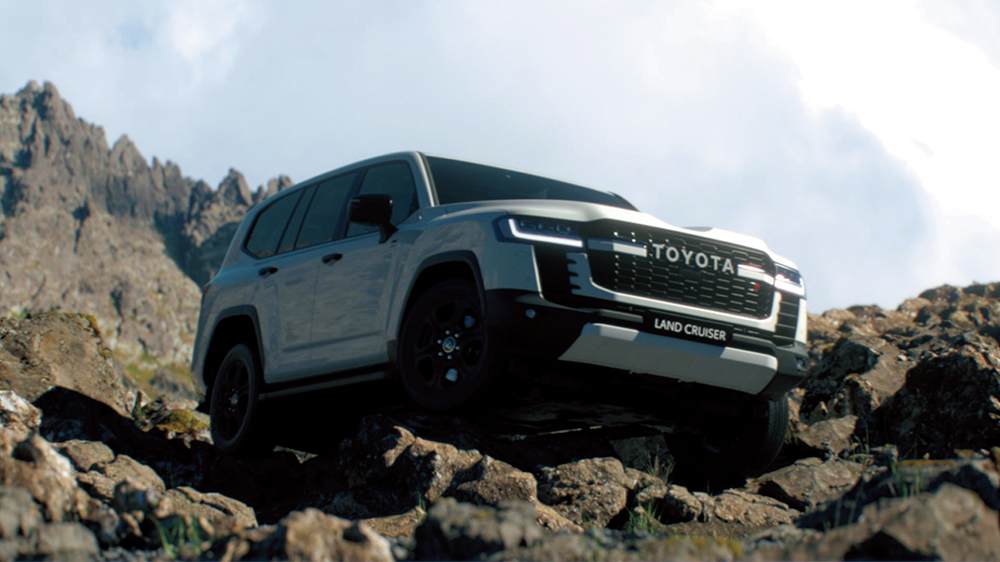 Toyota may have plans to discontinue the Land Cruiser in the US, but that hasn’t stopped the Japanese automaker from developing a new one.

On Wednesday, Toyota unveiled a rare redesign of its 70-year-old SUV, showcasing a sleek new edition of the luxury SUV that’s lighter and more powerful than its predecessor. Of course, you’ll only be able to get your hands on one if you live in Europe or in other markets outside of the US.

Inside the Land Cruiser J300  Toyota

The new 300 Series Land Cruiser (or J300) is only the second redesign the beloved SUV has undergone this century and the first since 2007. The latest iteration doesn’t look radically different from the 200 Series (J200), but it does feature a much more prominent grille, a new lighting package and a reworked tailgate. The changes are subtle, but they give the vehicle a smoother and more modern look.

Inside, Toyota has given the interior a full makeover. The automaker has gone for a sleeker and more minimalistic driver’s cockpit and dashboard, despite the presence of a large tablet-style infotainment screen above the center console. As is standard for the modern-day Cruiser, there are three rows of seats. The back row can be folded down to increase cargo space.

There are more changes under the hood. J300 owners will have two engines to choose from: a twin-turbo 3.5-liter V-6 and a turbodiesel twin-turbo 3.3-liter V-6. Both are more powerful than a conventional V-8 in the J200, with the gas version producing 409 horses and 479 ft lbs of twist and the diesel delivering 304 hp and 516 ft lbs of twist, according to the automaker. Whichever mill you choose, it’ll come mated to a 10-speed automatic transmission. And because this is a Land Cruiser, four-wheel drive comes standard, too.

The J300 is also built on Toyota’s new GA-F platform. That’s significant because the new platform weighs 441 pounds less than the old one, and has a lower center of gravity, better weight distribution and improved suspension structure. Other upgrades include Toyota’s Kinetic Dynamic Suspension System, Multi Terrain Select System and Multi Terrain Monitor, all of which will help make the transition from smooth tarmac to off-roading more seamless. The vehicle is also outfitted with the automaker’s Safety Sense active safety package, which includes pedestrian detection, pre-collision braking and steering and lane-keeping assist.

As promising as this all may sound, it’s unclear whether the J300 will ever make it to our shores. Last December, Toyota announced plans to discontinue the Land Cruiser in the US following the 2021 model year. Not all hope is lost, though. There is a slim chance the vehicle could arrive in the form of the next-generation Lexus LX, according to Car and Driver. Plus, as last week’s Lexus LF-Z announcement showed, Toyota clearly isn’t afraid to change its mind.