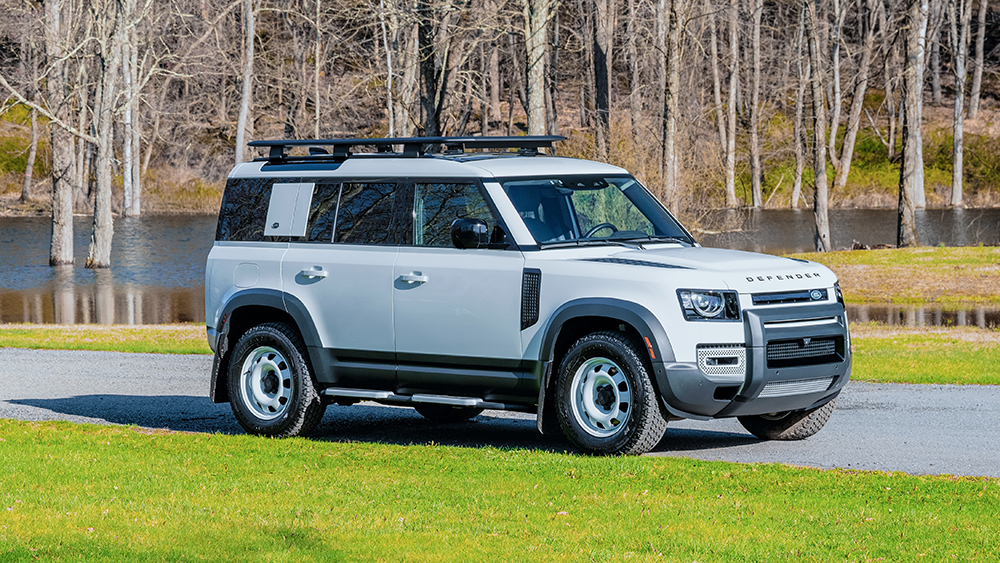 In 1993, Land Rover brought the Defender 110 stateside. To celebrate that transatlantic milestone, the marque has unveiled a 30th Anniversary Edition that pays tribute to the British icon’s reign in the US.

The ‘93 model, which was handbuilt at the Solihull factory in the UK, came fully outfitted for extreme temps and unforgiving terrain. Limited to just 500 examples, it was the first Defender to be sold in North America. Although Range Rovers had been available in the country since ‘87, this was the first utility Land Rover to hit the market since ‘74. As a result, the off-roader was, and still is, especially sought after among collectors.

The new 2023 Edition is no slouch, either. The hulking four-wheeler offers the same rugged style and go-anywhere capability as its predecessor but packs all the tech and modern conveniences you’d expect from a 2022 model. Sporting the same Fuji White exterior as the original, the monochromatic successor is fitted with 18-inch steel wheels and a cross-car beam both finished in matching white paint. Naturally, special anniversary badging is proudly displayed on the rear tailgate.

The next-gen SUV is, of course, equipped with an array of rugged accessories similar to those found on the ‘90s classic, including an expedition roof rack, front and rear mud flaps, fixed side steps, a deployable ladder, wheel arch extensions and an A-frame. What sets it apart, though, are the more contemporary features that range from LED headlights and front fog lamps to air suspension.

Inside, meanwhile, the luxe, Ebony leather interior offers climate control and an air quality sensor to ensure maximum comfort in all weather conditions. What’s more, the Activity Key, which is worn like a watch, enables drivers to partake in all manner of water adventures while keeping the keys safe and dry.

“The Defender 30th Anniversary Edition is a modern classic which pays homage to the heritage of 1993 Defender 110 First Edition,” Joe Eberhardt, president and CEO of Jaguar Land Rover North America, said in a statement. “This Edition celebrates the Defender model legacy here in North America, while offering technology and features that the adventurers of today expect in a new vehicle.”

Again limited to 500 examples, the 2023 Land Rover Defender 30th Anniversary Edition starts at $75,000 and is available at select US retailers.