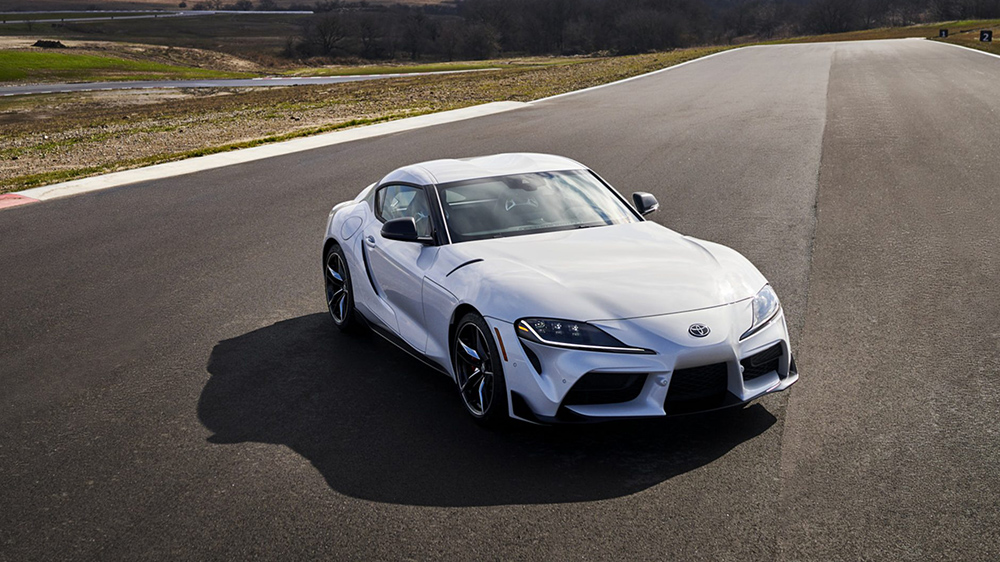 The reborn Toyota Supra has always felt like something of an olive branch towards enthusiasts, and that may be even more true after next year.

It appears that a manual gearbox will be an option on the Japanese auto giant’s beloved sports car, starting with the 2023 model year, according to The Drive. If the rumblings turns out to be true, the Supra could become a go-to vehicle for driving purists.

An unnamed source who attended the automaker’s product preview event for dealers last year in Las Vegas told the website that one of the vehicles the marque showcased was a Supra prototype equipped with a stick shift. Although this contradicts a 2018 statement from Toyota’s chief engineer Tatsuya Tada—he said the Supra would feel “worse” with a manual—it does corroborate a report from November by Japanese magazine CarSensor (via Motor1.com) that the brand would begin offering a six-speed manual as an alternative to the current eight-speed automatic.

Even without a manual, the new Supra, which was reintroduced in 2019, is an impressive sports car. The range-topping version of the coupé, the A91-CF Edition, is equipped with a BMW-sourced 3.0-liter inline-six that pumps out 382 horses and 368 ft lbs of twist with a redline of 6,500 rpm. In addition to all the manual speculation, there’s also a growing belief that the brand will introduce a GRMN model with BMW’s S58 engine, according to Motor1.com. That mill, which can be found in the M3 and M4, can generate 503 hp and 478 ft lbs of torque.

It’s all exciting information, but we’ll have to wait to see if turns out to be true. A representative for Toyota did not immediately respond to a request for comment from Robb Report on Thursday afternoon.

The stick shift may seem to be on its last legs, but it’s not dead yet. Despite appearing in an increasingly smaller number of the vehicles sold each year, the manual gearbox continues to be a feature in more enthusiast-friendly vehicles from marques like Porsche (the 911 Carrera S) and BMW (the M4). Time will tell whether Toyota will be added to that list.