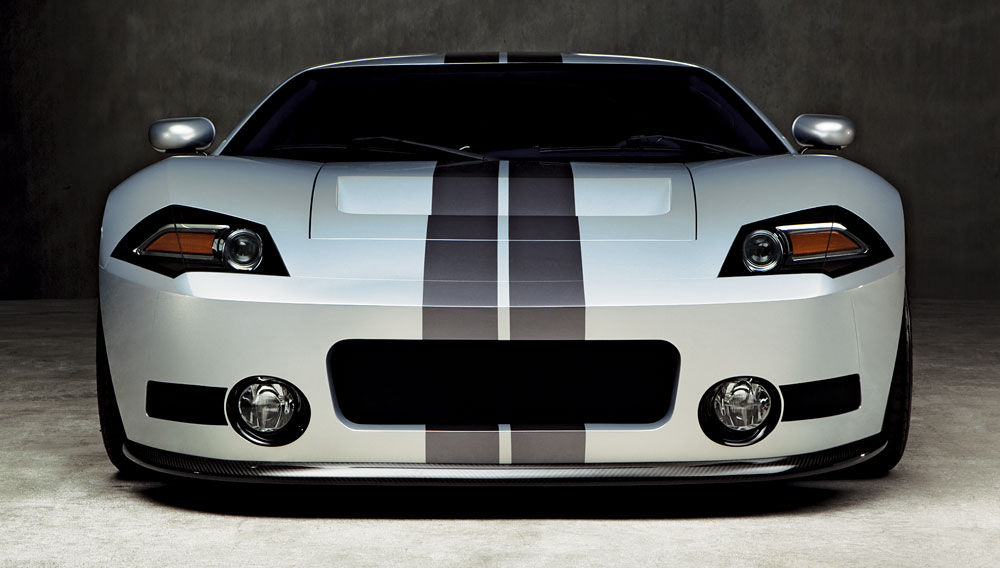 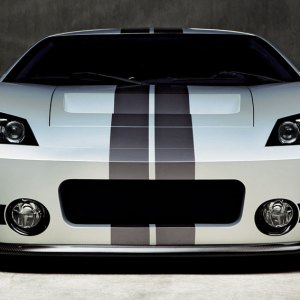 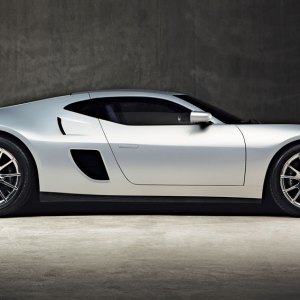 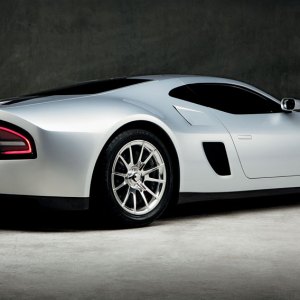 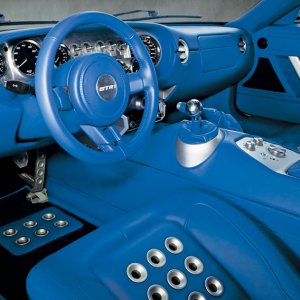 The first (serial number 1) Galpin Ford GTR1, a supercar based on the Ford GT sports car and the Ford GT40, one of the most influential racecars of all time.

A wide range of customization possibilities and the choice of an all-aluminum or carbon-fiber body made by Gaffoglio Family Metalcrafters.

A video documentary of the building process.

A photo portfolio of the finished car shot in a studio by Robb Report’s longtime contributing automotive photographer, Scott Williamson.

™Carroll Shelby and his crew took the Ford GT40 to its furthest development and claimed a 1-2-3 finish at the 24 Hours of Le Mans in 1966, defeating, among others, the Ferrari team, which had won the previous six Le Mans races. Versions of the GT40 went on to take first place at Le Mans each of the next three years. Today, Ford’s mid-engine marvels are among the most desirable vintage racecars. The best examples have eight-figure values and a long queue of would-be owners.

The Ford Motor Co. created an instant classic in 2002 when it built the prototype for the Ford GT, a limited-run car that resembled the GT40 and was the first true supercar built by a major American manufacturer. Deliveries of the production version began in 2004.

Galpin Ford in Los Angeles, the world’s largest Ford dealer, is now offering a vision of what the GT might have evolved into had Ford not ceased production after just two years and some 4,000 examples. The Galpin Ford GTR1 is not just a styling exercise; it offers levels of finish and performance that are comparable to those of a Pagani or Koenigsegg.

After completing development of the GTR1 prototype in August, Galpin commissioned Gaffoglio Family Metalcrafters to construct the body. Metalcrafters is known throughout the automotive industry as the go-to custom coachbuilder. The Fountain Valley, Calif., company has extensive experience building carbon-fiber-bodied cars for race teams and supercar manufacturers and for constructing one-off concept cars for the auto-show circuit. For the Galpin Ford GTR1, the gift buyer can specify an all-aluminum or carbon-fiber body.

The GTR1’s power numbers are staggering. The engine is a specially developed Ford 5.4-liter V-8 that is mounted midship, behind the driver and ahead of the rear axle, for ideal weight distribution. Galpin engineers have developed a twin-turbocharged system that enables the engine to produce 1,024 hp and 739 ft lbs of torque (1,197 hp and 887 ft lbs on 100-octane fuel). The car’s estimated top speed is 225 mph, and its zero-to-100-mph time is in the 6-second range. The car’s transmission, a 6-speed Ricardo transaxle with twin-disc clutch, is especially suited to the engine’s prodigious power and torque.

Stopping a supercar at speed is no easy task, and so the GTR1 is equipped with Formula 1–style brakes that employ six-piston Brembo calipers and carbon-carbon rotors. F-22 fighter jets and the Boeing 787 Dreamliner also have carbon-carbon brake rotors. The car’s power is put to pavement with Pirelli P Zero Rosso rubber on 20-inch forged-aluminum wheels.

The gift’s buyer can exercise his or her creative side by choosing the color—or the combination of colors—of the Bridge of Weir leather for the seats, the dash, the door panels, and the headliner. The Scottish firm has been a supplier to the most exclusive coachbuilders for more than 100 years. Machined-aluminum trim complements the leather appointments, and a McIntosh audio system provides accompaniment to the sound of the ferocious V-8.

The first production GTR1 will be built in 2014, and the buyer will have the opportunity to watch the process in a documentary video made at regular intervals. When completed, the car will be delivered by an enclosed transporter to the Southern California studio of Robb Report’s longtime contributing automotive photographer, Scott Williamson, for a complete photographic documentation.

If a reader outside the continental United States purchases the gift, Galpin Ford will facilitate the car’s shipment to its destination.