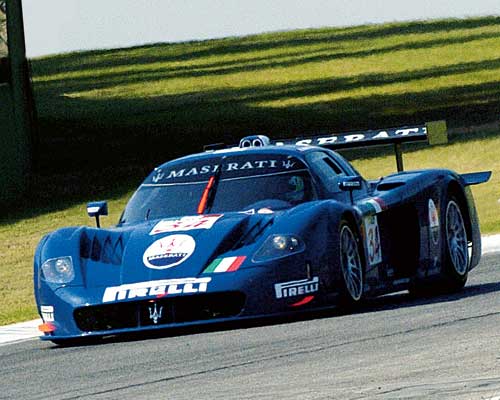 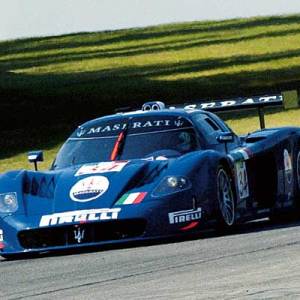 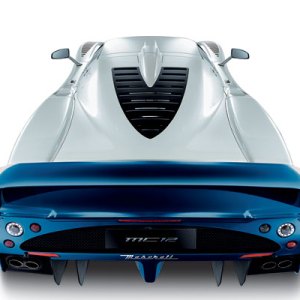 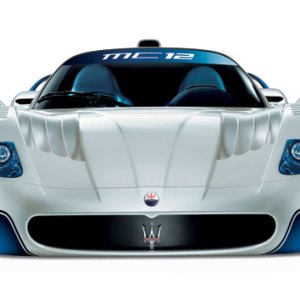 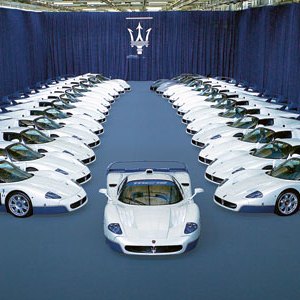 The MC12 marks a new era for Maserati, whose last international race victory came in 1967, when a Maserati-powered Cooper Formula One car won the South African Grand Prix. As a manufacturer, Maserati officially retired from racing in 1957, but to the delight of aficionados of the marque, it has returned to the track with the spectacular MC12.

Fiat acquired Maserati in 1993 and in 1997 handed control of the marque to its former arch rival, Ferrari, which created a comprehensive racing program. It began with the modification of street-derived GT models, designed and built with the assistance of Ferrari, to compete in the single-marque racing series Trofeo. This soon was followed by participation in GT racing worldwide, where the cars and their drivers acquitted themselves well and continue to improve their results. Maserati recognized these introductory efforts as insufficient, and now bigger guns have arrived in the form of the MC12. Exquisitely beautiful, as would be expected of an Italian automobile, the MC12 enjoyed immediate success. At its race debut in August, at Imola, Italy, the two dark-blue Maseratis finished second and third overall. In its second endurance race of the season, held at Oschersleben, Germany, in September, the MC12 won outright.

The drivers who race the MC12 praise its handling and cite the ease of driving the car, even at its top speed, which can exceed 205 mph. Ferrari lent an engine derived from the fabulous Enzo to the MC12 and also utilized its other assets to aid Maserati in engineering the car. The prototype spent hours in Ferrari’s wind tunnel, where the sleek shape that finally emerged was refined by the canons of aerodynamics. The car also was tested extensively at Ferrari’s Fiorano and Mugello racetracks, where engineers fine-tuned the suspension and adjusted the wing angle.

To meet the requirements of the race governing body FIA (Fédération Internationale de l’Automobile), Maserati built 25 MC12s that will be sold for use on the road, including one that is being made available to a Robb Report reader. This car is not yet street-legal in the United States.

With this gift, you will fly first-class to Italy from either New York or Los Angeles for a weeklong stay in Modena, the home of Maserati. The visit will include a tour of the Maserati factory and a two-day course at the Master GT Maserati driving school, which takes place at the Varano de’ Melegari Autodromo outside the city of Parma, Italy. There, you will drive Maserati Coupes and Spyders under the guidance of instructors who will teach you how to react in emergency situations and generally to refine and improve your Maserati driving skills. After completing your course work, you will return to Modena for graduate school: An additional day of instruction is scheduled at Fiorano, Ferrari’s test track facilities, where a driving instructor will put you through your paces in an MC12.

Price: $1 million. Contact: Ferrari Maserati North America, 201.816.2654. This offer is limited to one Robb Report reader. He or she is responsible for arranging the importation of the car into the United States and, because the vehicle is not built to current U.S. safety and emissions standards, is also responsible for seeking the appropriate governmental certifications required to import the vehicle. Transportation to and from the departure point for the flight to Italy is not included.