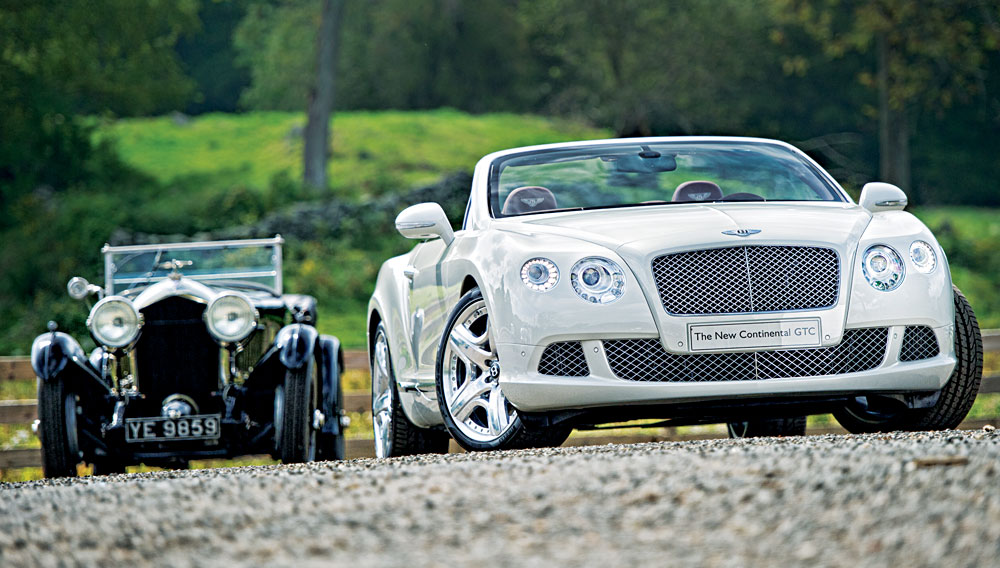 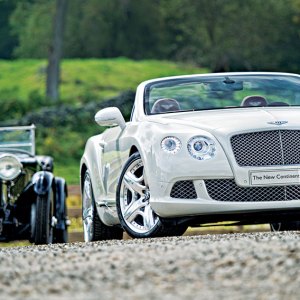 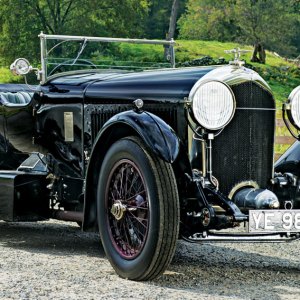 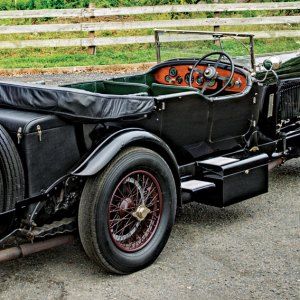 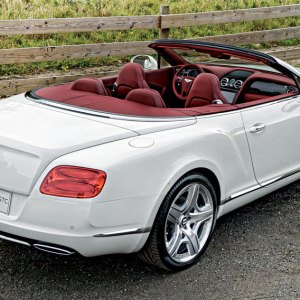 In the spirit of Bentley’s top-down motoring tradition, this gift promises a Robb Report reader true open-air excitement in a brace of superb motorcars, one old and one new. In doing so, it also offers the connoisseur a rare opportunity to acquire one of the most desirable Bentleys ever made.

In the past 20 years or so, few if any 6½ Litre Bentleys that have come on the market are as significant as this gift’s 1927 Bentley 6½ Litre Vanden Plas Sports Tourer. Just a handful—perhaps nine—of Vanden Plas Tourer bodies remain on their original Bentley chassis, which alone would make this car special; but it also features commissioned coachwork that, when the Tourer was new, cost its owner nearly twice the price of a standard Vanden Plas body.

In addition to boasting originality and superb condition, this Bentley has a completely documented ownership history. Such unbroken provenance is remarkable for a motorcar that has changed hands—first in 1929—a dozen or so times over the decades. The matching serial numbers on the chassis and engine confirm that both are original, and original-period photographs establish that numerous design details are absolutely correct.

The car, which was recently serviced and detailed by noted California restorer Alan Taylor, presents an honest, mellow patina befitting an older restoration.

If the new Continental GTC convertible lacks the rarity of the vintage Bentley, it compensates with excitement. The 2012 GTC represents the first redesign of the popular Continental GTC model, which Bentley first unveiled in 2006. Among other, subtler alterations, it displays more aggressively sculpted bodywork and a new grille, and it is powered by a brawnier 6-liter twin-turbocharged W-12 engine that develops 567 hp and burns premium gasoline or E85 ethanol.

With a zero-to-60-mph time of about 4.4 seconds and a top speed just shy of 200 mph, the GTC provides a perfect mix of luxurious and uncannily quiet grand touring and top-down exhilaration.

The vast variety of factory options for the GTC includes a choice of 123 exterior paint colors, eight complementary fabric colors for the convertible hood, and 17 hide colors and seven species of wood veneer for the interior.

The recipient of this gift also can order the GTC with massaging seats equipped with neck warmers that can extend the top-down-driving season, and such embellishments as a Naim premium audio system and a veneered case for sunglasses and keys.

The gift recipient can order these options and others in person during a visit to the Bentley factory in the English town of Crewe. Bentley will arrange meetings with the company’s color-and-trim team to discuss the color palette and wood options, and also a meeting with the workers who will build the GTC. Or the visit can take place later, when the new owner can watch those folks assemble his or her GTC.

The experience begins with first-class air travel for two on British Airways from the United States to England. A chauffeured Bentley will provide ground transportation in England. Two nights’ accommodation at Nunsmere Hall Hotel near the Bentley factory will be followed by a one-night stay in London at the Lanesborough hotel and dinner at the Bentley room at Mossiman’s private dining club.