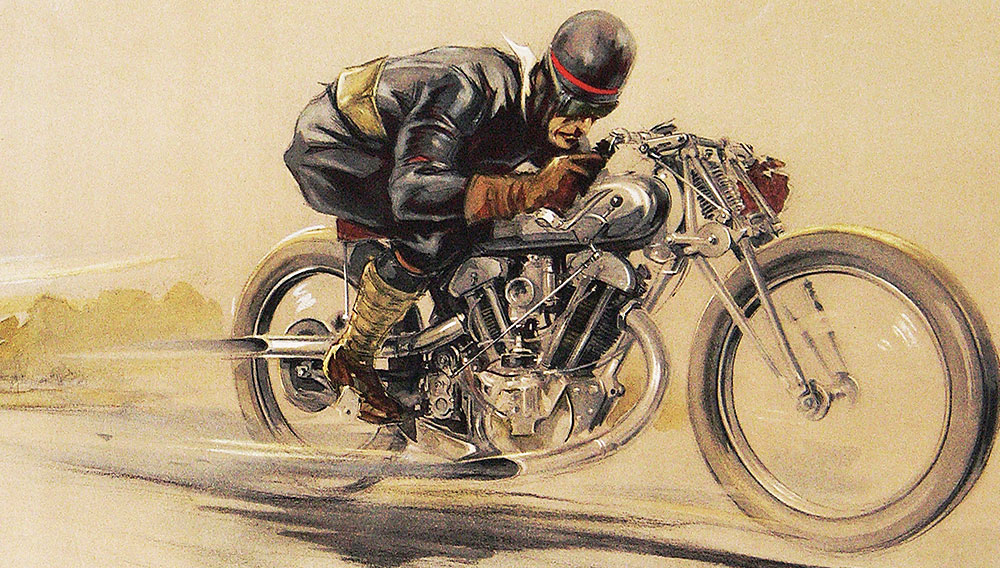 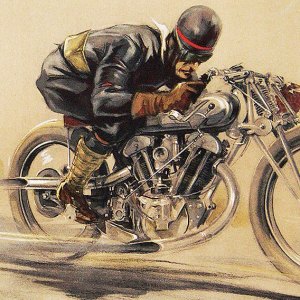 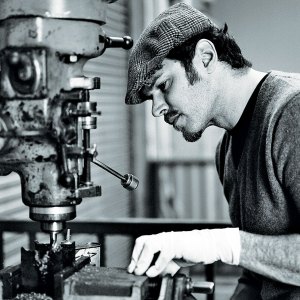 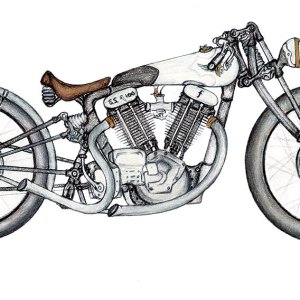 Ian Barry, cofounder of Falcon Motorcycles, has an artistic vision that goes far deeper than the motorbikes his company creates. Evidence of his mechanical acumen can even be found in the before-and-after design of Falcon’s shop in downtown Los Angeles. “This property used to be a welding factory,” Barry says. “I have spent the last year transforming it into the perfect workspace and something that inspires me daily.”

Frames and engines are undoubtedly a source of inspiration for the bike builder, who says they are the “backbone and heart of the bike.” More than 20 different components cover the wood-plank floorboards, and, at first glance, the variety of pieces seems to be more of a junkyard grab bag than a vintage treasure chest. A closer look reveals one striking similarity: All of the parts are from British-made motorcycles.

“The first bike that I ever owned was a 1967 Triumph Bonneville, and two weeks later it was in pieces,” Barry says. “That’s how I really got my start, and I have loved British bikes ever since.”

After more than 10 years of hands-on experience, the founder of Falcon now finds fulfillment in re-creating the spirit of vintage motorcycles in his own way. (As a disclaimer, Barry says that he would never consider cannibalizing parts from a rare motorcycle.) Barry’s shining example—the Bullet Falcon, which started as a 1950 Triumph Thunderbird that had been altered to resemble a board-track racer—was parked in the middle of his facility during Robb Report’s visit in late Sep­tember. This bespoke machine earned the respect of the motorcycle world at the 2008 Legend of the Motorcycle International Con­cours d’Elegance, where it was awarded the title of Best Custom Motorcycle out of hundreds of entrants. But winning this award does not mean the bike is treated like a showroom art piece. “The guy who owns this bike rides the thing like a bat out of hell,” Barry says. “I actually saw him fly by me on Sunset Boulevard a few months back. I love to see that, because that’s why I built it.”

Each Falcon motorcycle is a custom project that begins life using a salvaged frame and engine from a British motorcycle manufacturer. Barry then spends up to 3,000 hours redesigning the bike from the ground up, performing all the fabrication in-house. He is so dedicated to creating the perfect motorcycle that he even designs and builds many of the tools that are used to construct each bike.

Now Barry is offering one Robb Report reader a very special Falcon motorcycle; one that will be built from the most sought-after British bike of all time: a Brough Superior. Originally produced in England from 1919 to 1940, Brough Superior motorbikes were dubbed the Rolls-Royces of Motorcycles (a moniker fully supported by the British luxury automaker at the time) because of their exclusivity and high-quality craftsmanship. About 3,048 examples of the Brough Superior left the factory in the bike’s 21 years of production—only about 1,000 still exist in their original form—and rarely were any two built exactly the same, as they were tailor-made to fit the individual customer.

In the spirit of the original Brough Superior, Barry is committed to building the bike specifically for its prospective owner. The motorcycle will be designed as an extension of the rider. “There’s nothing worse than seeing a bad match between a person and a bike,” Barry says. “Not everyone should be riding around on a chopper or a sport bike, so I want this Brough Superior to really reflect the rider’s true personality.”

Falcon Motorcycles will procure one full frame and an engine for the Robb Report reader who purchases this gift.