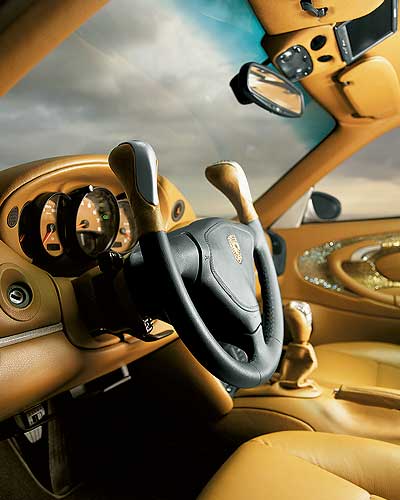 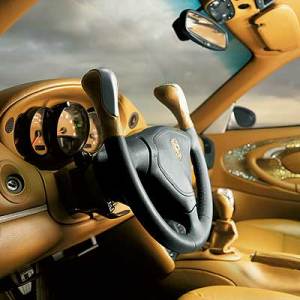 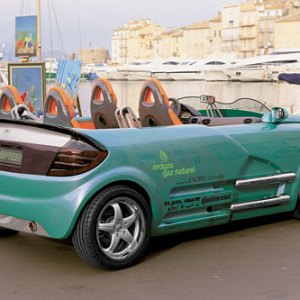 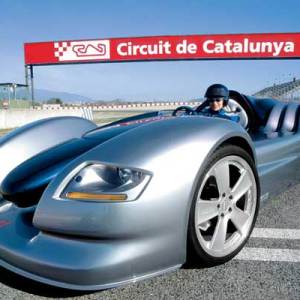 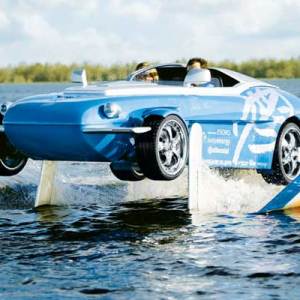 To publicize their company and challenge themselves, Frank M. Rinderknecht and his team at Rinspeed, an automotive aftermarket company in Zumikon, Switzerland, have built a one-off concept car each year since 1995 and unveiled it at the annual Geneva International Motor Show. The creations have included the Bedouin, a car built on the platform of a Porsche 996 (the previous-generation 911) that converts from a two-seat pickup to a four-seat wagon in less than 10 seconds. The Presto, an earlier vehicle, contracts at the push of a button to a 9.8-foot-long roadster or expands to a 12.2-foot four-seater. A third vehicle, the Advantige Rone, stands only 38 inches tall and is said to be the only sports car in the world that runs on fuel made from kitchen and garden waste. Serving as an advocate for recycling, the Advantige can sprint from zero to 62 mph in 6 seconds and reach a top speed of 127 mph.

Earlier this year, Rinspeed introduced the Splash, a natural gas–powered vehicle that can be driven over the sea and in the air as well as on land. Its hydrofoil feature enables the Splash to travel 2 feet above the surface of the water at a top speed of 49 mph. Its maximum speed in the water is 31 mph, which is swift enough for waterskiing, and it reaches a respectable 124 mph on land.

Rinderknecht has agreed to sell to a Robb Report reader these four vehicles and four others, including the X-Trem MUV (which stands for multi-utility vehicle). Built on an extended Mercedes-Benz M-class base, the X-Trem MUV is equipped with a swivel crane with which the driver can load a small boat, a personal watercraft, or a motorcycle onto the car’s cargo bed.

Also included in the collection is the Tatooo.com, a contraption that resembles an American hot rod with extra-wide tires, a pneumatic suspension system, and a built-in swivel crane similar to the one on the X-Trem MUV. Completing this stable of unique machines are the Mono Ego and the E-Go Rocket, a pair of single-seat vehicles that can accelerate from zero to 62 mph in 4.8 seconds.

Price: $4.5 million. Contact: Rinspeed, +41.1.918.23.23, www.rinspeed.com. The cost of shipping the vehicles to the United States is included in the price, but relevant taxes and duties are not.