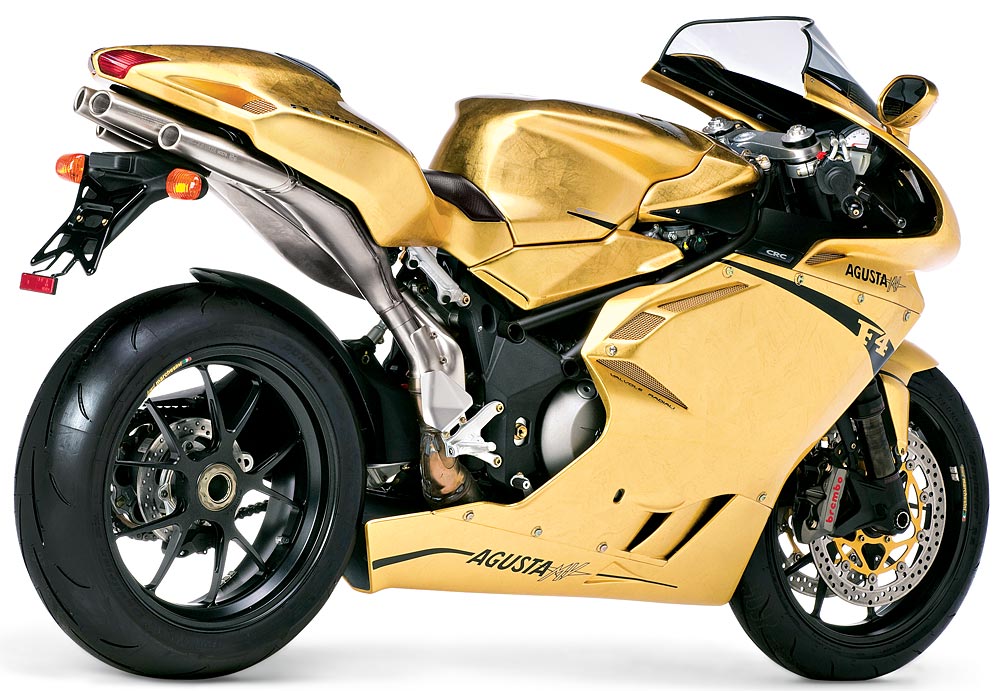 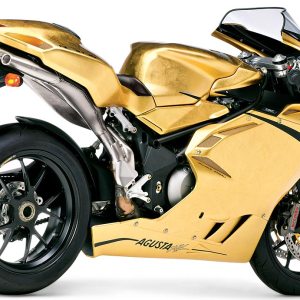 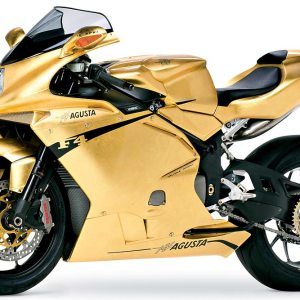 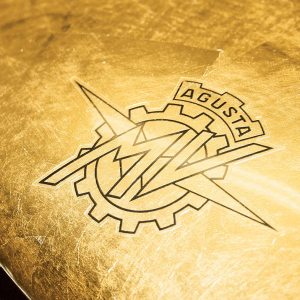 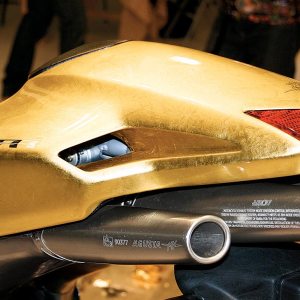 Like most artists, MV Agusta president and CEO Claudio Castiglioni likes to sign his work. The ultra-high-performance F4CC Claudio Castiglioni limited-edition model that he created in 2006, for example, has his signature stenciled on its carbon-fiber body. At that time, the F4CC, with its 195-mph top speed, was the world’s fastest and—at a price of $120,000—most expensive production motorcycle. It was also fairly exclusive, as MV Agusta built only 100 of the bikes. “The F4CC was a dream of mine,” he says.

Castiglioni’s latest pet project—the F4RR 312 1078—suggests that his dreams have become increasingly precious. Unlike the F4CC, this particular F4RR (pictured) is truly one of a kind; it is the only F4RR covered in 24-karat gold leaf. Although the gold bike was conceived with a build-to-order program in mind, its production—along with all of MV Agusta’s manufacturing—came to a halt last August when Harley-Davidson acquired the brand. Production is now back online, but the company will not make another gold F4RR. “Our profession is to build the most beautiful bikes in the world, and this gold F4RR represents exactly what we can accomplish,” says Castiglioni. “Sometimes, we launch a dream.”

“This bike is very beautiful, and I can understand if someone wants to treat it like a work of art,” he says of the gilded F4RR, which Aurum displayed in its studio during an exhibition in northern Italy. “However, I hope that whoever buys this bike will ride it, because that was my intention.”

While the motorcycle’s gold wrapper is certain to grab people’s attention, the bike’s true distinction—from an engineering perspective—is much more than skin-deep. The superbike features a 1078 cc motor that derives from a Ferrari Formula One engine, so performance is a given. At top speed, the F4RR 312 1078 can outpace the current Porsche 911 Turbo: The “312” in the bike’s moniker denotes its top speed in kilometers (approximately 194 mph).

Currently parked at MV Agusta’s headquarters in Varesa, Italy, the 24-karat-gold-leaf-covered F4RR is being offered to one Robb Report reader for $150,000. Of course, a base-model F4RR 312 1078 costs only $30,000; but with the price of gold being prone to rise, the buyer might be able to pass off this shiny dream as a sound investment.