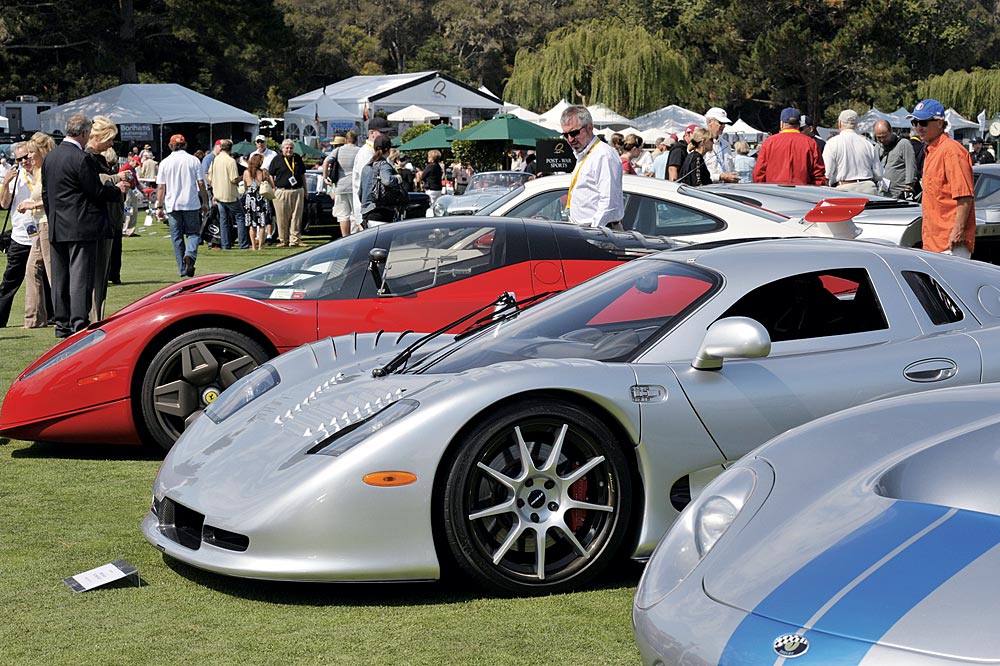 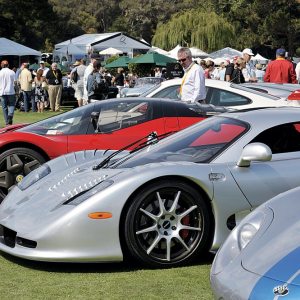 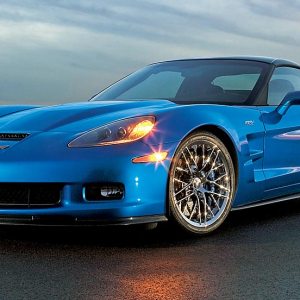 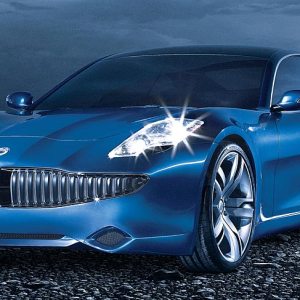 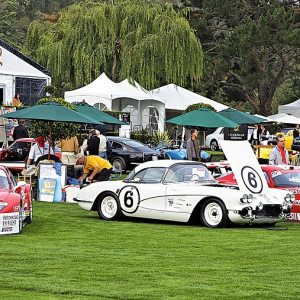 Participation in the Quail Rally, a two-day driving event on northern

Transportation to Monterey and access to all events during

One week’s accommodations for two at the Quail Lodge Resort

Every August, the Quail Lodge Resort & Golf Club in Carmel, Calif., hosts the highlight event of Monterey Car Week: the Quail, a Motorsports Gathering. Admission is limited to 3,000 people, which helps keep the crowds manageable; it also keeps the cars highly visible (the same cannot be said of Concorso Italiano, during which the attendees often obscure the automobiles on display). Historically, demand for admission has exceeded the supply of tickets—which is how the organizers intend it. Yet as exclusive as the Quail is, its namesake, the Quail Rally, surpasses it for prestige and sheer motoring fun. Beginning on the Monday before the Pebble Beach Concours d’Elegance, a select, high-powered group of automobile aficionados gathers in Carmel for two days of scenic driving along the Monterey Peninsula’s best roads. For the past 11 years, invitations have been extended to just 30 participants, who drive everything from ancient Alfas to modern Zagato-bodied Aston Martins.

The fully catered experience begins and ends at the Quail Lodge Resort & Golf Club. This year, the resort will break with tradition by selling one of the 30 slots in the Quail Rally to a Robb Report reader and a guest. Upon arrival, the buyer will be presented with two quintessentially American cars that, in concept, are as different as they can be. On day one, the participant will take possession of a 2009 Chevrolet Corvette ZR1: a gas-guzzling, fire-breathing, supercharged, V-8-powered, good old-fashioned American sports car equipped with venerable pushrod-engine technology. The ZR1’s 638 hp motor propels the car to 60 mph in 3.4 seconds—and on to a top speed of 200 mph. Obtaining a ZR1 is even more difficult than finding spare passes to the Quail, a Motorsports Gathering; only 2,000 ZR1s will be built in 2009, and the other 1,999 already have been sold.

After the buyer enjoys the latest in American muscle, day two provides a peek into the future of luxury sedans with the Fisker Karma: a fuel-?sipping, solar-paneled, battery-operated, hybrid-electric, four-cylinder example of American ingenuity. (Fisker, incidentally, owes a debt of gratitude to General Motors, which has invested heavily in Quantum Technologies—the developer of the plug-in hybrid Q Drive system that powers the Karma.) Operating without a gearbox, the Karma puts more than 400 hp from its electric motor, plus 200 hp from its GM-sourced gasoline engine, through the rear wheels to achieve 60 mph in 5.8 seconds, a top speed above 125 mph, and, most importantly, more than 50 mpg. The Karma’s initial run of 99 cars has long since sold out, but one has been reserved for this gift package.

The other Quail Rally participants’ automobiles will run the gamut from rare classics to modern marvels. But these polar opposites, when they meet on the common ground of the Quail Rally, will illustrate that the past is merely prologue, and the future—as Yogi Berra famously once said—ain’t what it used to be.

The gift must be purchased by March 31, 2009 • Price includes home installation of a solar-paneled electric generator that charges the Fisker Karma • Price also includes the costs of transporting the cars to the buyer’s home after the event • More than half of the proceeds from this gift will be donated to Monterey-area charities.