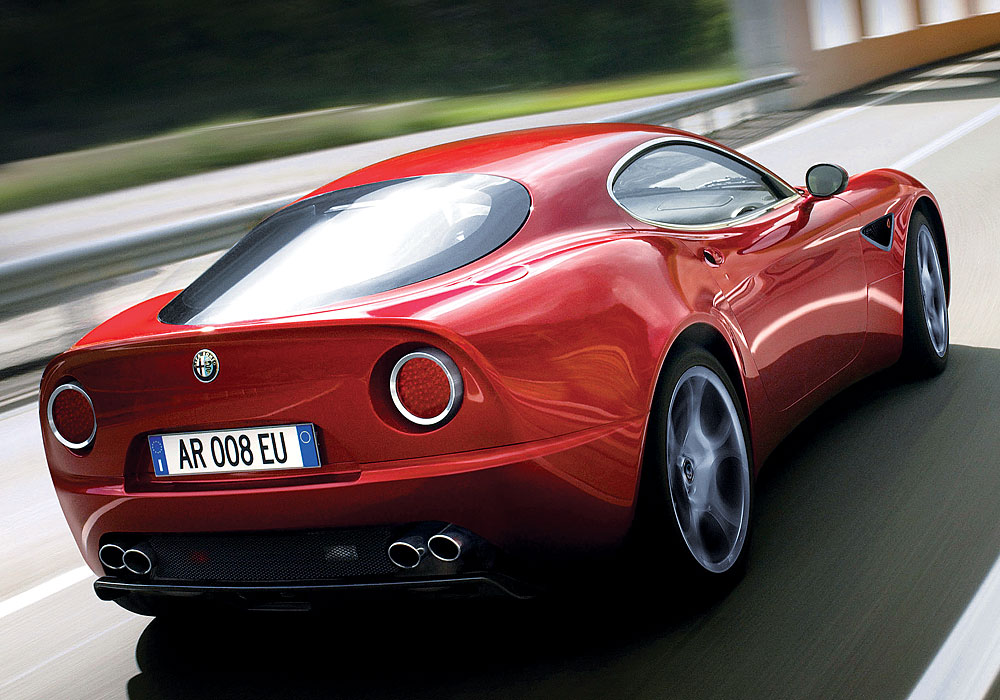 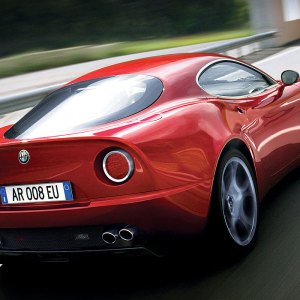 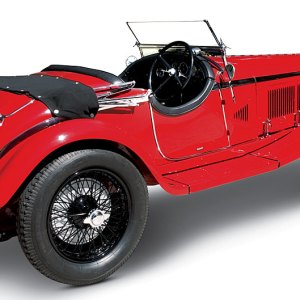 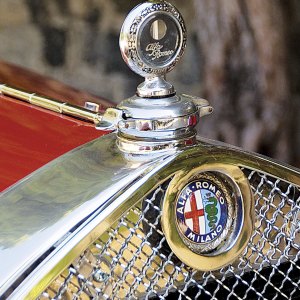 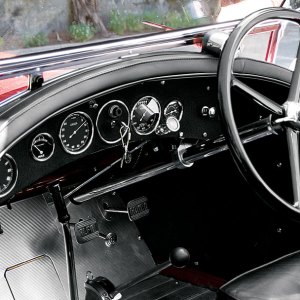 A rebuilt and fully restored Zagato-bodied supercharged racecar of the type that once dominated European open-road competitions.

From the acronym of Anonima Lombarda Fabbrica Automobili, the founding company, and the name of Nicola Romeo, an early owner, came Alfa Romeo. Coachbuilders Zagato and James Young, driving champions Tazio Nuvolari and Juan Fangio, and a young racing team manager named Enzo Ferrari forged their reputations at Alfa Romeo, while the company itself was establishing Italy as the primary source of smart, spirited, and elegant sports cars. Here we present two such vehicles, one a champion racer from Alfa’s past, and the other an instant collectible from the company’s future.

Beginning with its 4.5-liter Grand Prix car of 1914 and through the 8C straight-eights and single-seat P3s of the 1930s, Alfa Romeo built a racing dynasty that dominated the circuits as thoroughly as Ferrari does today.

La bellezza non basta may be Alfa Romeo’s current slogan, but the belief that beauty is not enough certainly applied to the 1930 6C 1750 Gran Sport roadster, a car that is both beautiful and, for its era, quite brawny. With fenders that flared into the running boards, headlights as big as mixing bowls, a long and louvered hood, and a spare wheel bolted to the boot, the two-seat 6C (6C for the number of cylinders) 1750 (for the cubic centimeters of engine displacement) Gran Sport (for the supercharged, racing version of a stock 1750) established a look that would influence the designs of future SS100, Mercedes SSK, and Amilcar classics.

“[The 1750] was and is very significant, because the earlier 6C 1500s and the later 6C 1750s were the first really successful sports cars that Alfa made,” says Malcolm Harris, a 35-year-old Alfa collector from Seattle. “It was a very advanced design for its period, was certainly the best balanced sports car made, and was the premier sports car of its day, because it ran and rode equally well on road or track.”

Alfa built 2,579 examples of the 1750 from 1929 through 1933; it produced a total of only 369 Sports, Gran Sports, and Super Sports, and about half of those survive, including the Gran Sport offered here by classic car brokers Morris & Welford of Costa Mesa, Calif.

A Gran Sport developed 83 hp and had a top speed of 90 mph, but it usually was faster than the competition. Gran Sports easily won 24-hour races at Le Mans and Spa, and of the 26 1750s that started the 1929 Mille Miglia, all but one finished.

This gift’s 1750 arrived in the United States in the 1970s and underwent a full restoration, including an engine rebuild. The vehicle has matching chassis, engine, and gearbox numbers; has been owned by several prominent U.S. collectors; and, according to Malcolm Welford, has been declared “genuine, correct, and good” by Angela Cherrett, an Alfa historian and the registrar of the Alfa division of Britain’s Vintage Sports Car Club.