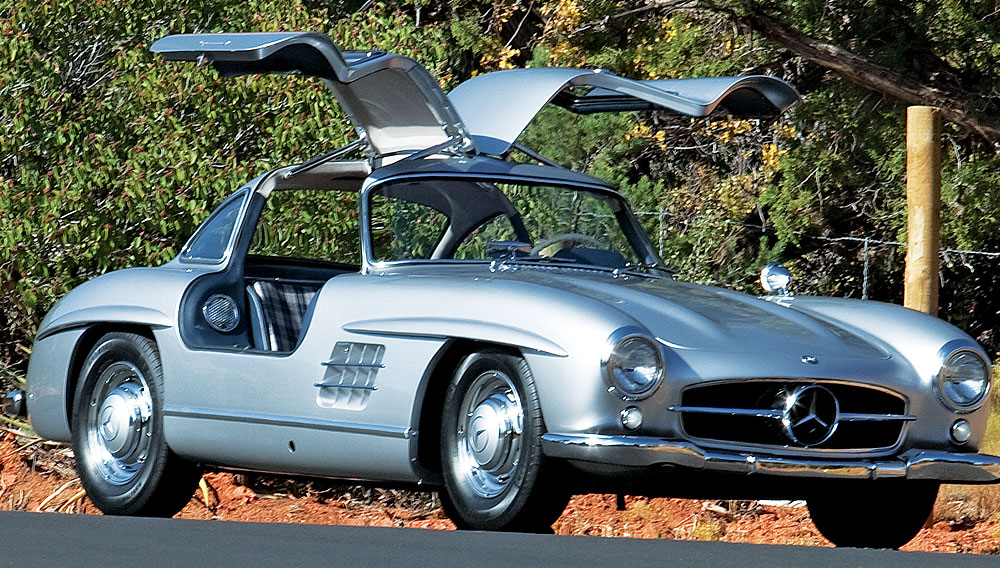 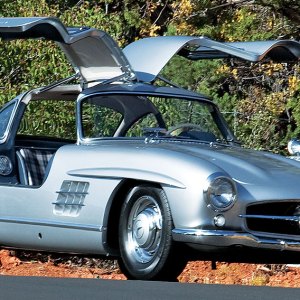 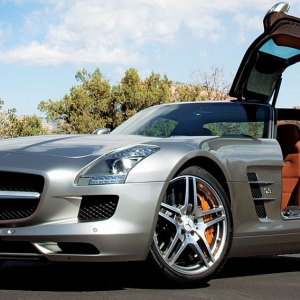 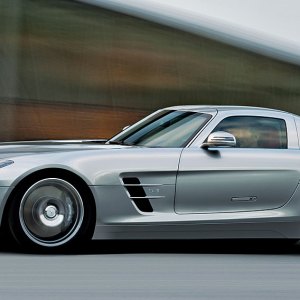 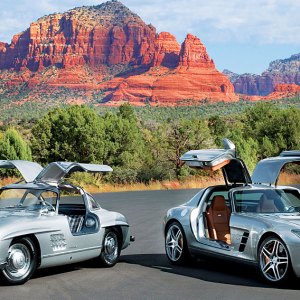 During the early 1950s, Mercedes-Benz’s production line reflected the economic climate in postwar Germany. After assembling government vehicles during the war, the manufacturer resorted to building commercial vehicles and pedestrian sedans. But, like a phoenix rising from the ashes, the automaker recaptured its former glory on the wings of one very special car: the 1954 Mercedes-Benz 300 SL, known simply as “the Gullwing” for its odd doors that opened upward.

Quite possibly the most important car in the German brand’s history—and certainly the most iconic—the Gullwing showed the world that Mercedes-Benz was still capable of creating innovative designs and groundbreaking technologies. The 300 SL was the first car to feature fuel injection and was considered by many to be Germany’s first supercar. “Originally, there wasn’t any intent to offer a road-going production version of the Gullwing,” says Mike Kunz, manager of Mercedes-Benz Classic Center. “The 1952 300 SL was a dedicated racecar for Le Mans and Carrera Panamericana, but Max Hoffman, who was our importer for the United States, argued that he could guarantee 500 sales with this car if Daimler, Mercedes-Benz’s parent company, built it for everyday customers.” The company agreed and found that the car’s popularity exceeded Hoffman’s estimate of 500 sales. During the next three years, the company built 1,400 of the 300 SL coupes and went on to produce a roadster version that was equally successful.

Today there is a new Gullwing from Mercedes-Benz––the 2011 SLS AMG––and fans of the original 300 SL will not be disappointed. With 563 hp and 479 ft lbs of torque, the new car’s 6.3-liter engine is the most powerful naturally aspirated V-8 engine ever produced by Mercedes-Benz. The 2011 SLS AMG reaches 60 mph in 3.6 seconds and tops out at nearly 200 mph. As the first car to be developed and engineered entirely at the AMG headquarters in Affalterbach, Germany, the SLS Gullwing will certainly be an instant classic.

With this gift, Mercedes-Benz Classic Center is offering two Gullwing models—one classic, one new—to one Robb Report reader. The buyer will have the option of customizing the SLS AMG to match the paint and the interior of the vintage 300 SL. And the Classic Center team, with its detailed archival records and years of hands-on experience, will bring the vintage Gullwing back to its original condition. “There is no doubt in my mind that the 300 SL will look like it did when it first rolled off the line in 1954,” says Kunz. “The car will be so accurate and correct that whoever buys this gift will essentially own two brand-new cars: one from 1954 and the other from 2011.”

The buyer must specify all aesthetic detail preferences, including interior and exterior colors for both cars, at time of purchase.