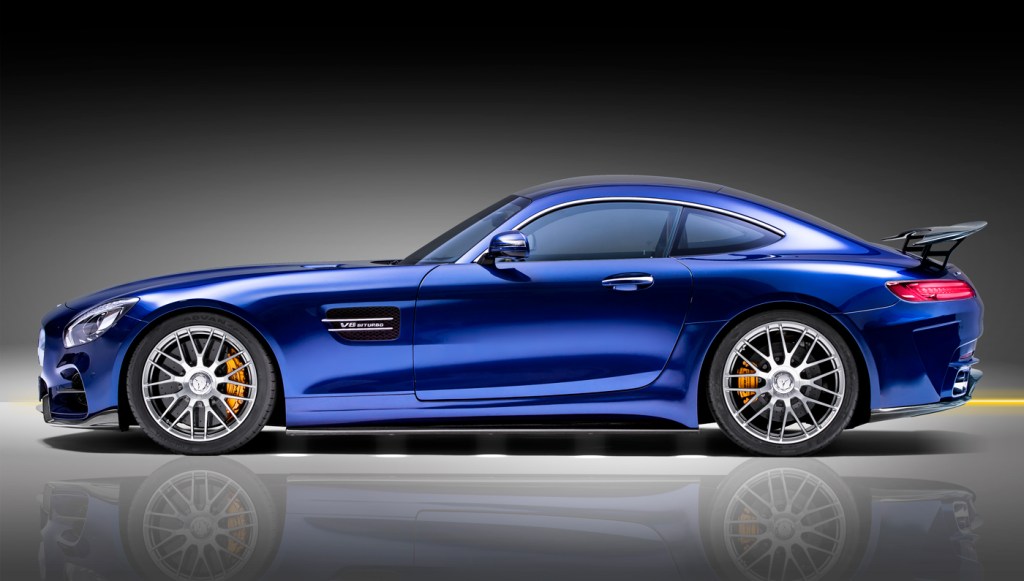 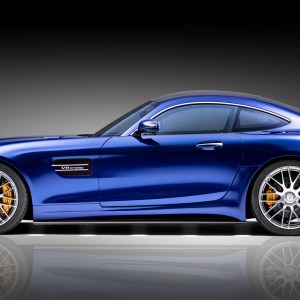 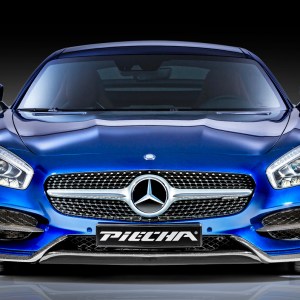 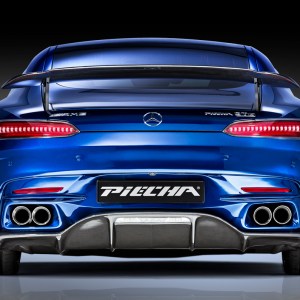 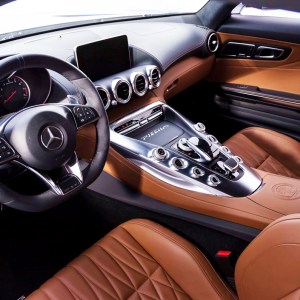 Famed for its use as Formula 1’s present safety car, the already powerful Mercedes-AMG GT S has been given even more punch as the Piecha AMG GT-RSR. The German tuning company has customized the Mercedes-AMG coupe with enhancements that optimize output under the hood as well as the airflow around it.

The modification specialist’s performance module (made in partnership with its countrymen at Performmaster) boosts Mercedes-AMG’s twin-turbocharged V-8 engine with an additional 109 hp and 139 ft lbs of torque. Now releasing 612 horses and 619 ft lbs of torque, the car cruises from zero to 62 mph in 3.7 seconds and tops out at 205 mph.

Paired with the power train’s tweaks are weight-reducing upgrades and aerodynamic accents to the body, such as distinctly articulated side skirts (with five LEDs for illumination upon entry and exit) and a complement of carbon fiber. Included in the latter are the front apron’s splitters, a diffusor (replacing the original underfloor panels), and a rear spoiler (besides the production model’s retractable braking spoiler). The posterior is also made more impressive with four 90 mm tailpipes that are chrome-plated and double-walled. And to further fine-tune the driving experience, the existing electronic suspension is supplemented with coilovers while the wheels selected are Yokohama’s Advan Sport V105 tires.

Priced over $265,000, only 50 examples of the special edition Piecha AMG GT-RSR will be made. The modification package, however, is also available for existing GT and GT S models. (piecha.com)